The 24/7 Championship makes headlines again! This time, R-Truth lost his championship to a corporate employee. But it gets better!

R-Truth only recently regained his 24/7 Championship by tricking the Singh Brothers after Monday Night Raw. Unfortunately, he lost his title again, this time to a corporate employee called Michael.

Those of you who have missed it, R-Truth lost his championship belt in one of the most spectacular ways possible. Of course, this would only happen to him, as he knocked himself out by running into a backdrop. A corporate employee called Michael sitting in the front row took the opportunity and pinned Truth to become the new 24/7 Champion.

I’ve always said @WWE’s greatest asset is our talent. In-ring, production and the various departments at HQ. At today’s Town Hall, Mike made history as the FIRST employee to hold the 24/7 Championship and get #ThePoint. pic.twitter.com/k27Y8O4Lx3

Title Regained Before Michael Got Signed! 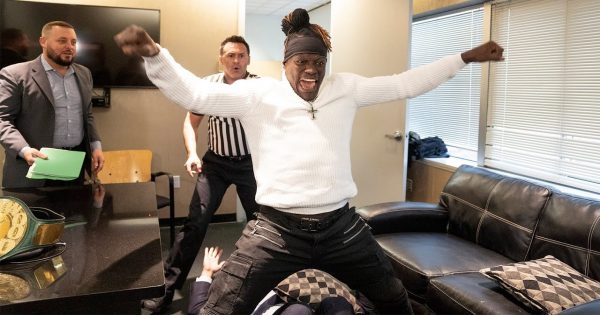 After winning the title, Michael had to undergo a quick fitness test before he could sign a talent contract. He only needed to do a couple of push-ups and sit-ups, but Truth took full advantage of the opportunity to win his title back.

So, as it stands, not much has changed in the 24/7 landscape. Of course, we did get some funny segments in return. Funny segments only R-Truth can pull off.

The 24/7 Champions As It Stands Now 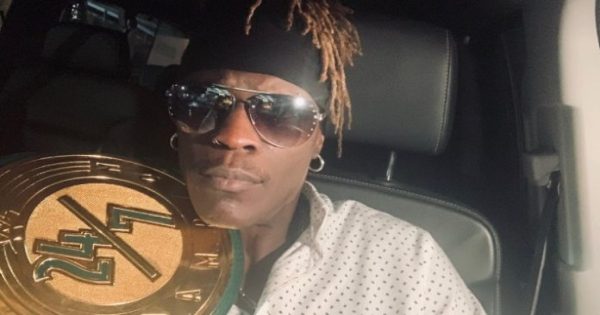 As it stands, the 24/7 title has changed hands an awful lot. While R-Truth holds the record for the most title wins, there have been lots of champions since the creation of the title.

The WWE counts the 24/7 title holders from 2010 when the title was originally invented. It officially has had 64 title holders. The longest reign was determined at 18 days and the shortest less than one day.

Even though Samir Singh had his numbers wrong when he made the post about being the longest reigning 24/7 champion, he was not completely wrong. He is officially the longest reigning champion with 18 days. His brother Sunil can also count himself among the title holders who held the title longer than a single day. His title reign has been determined at nine days.

Since 64 is too many to 24/7 champions to cover in this post, here’s a look at some of the most original winners in the bunch.

Titus O’Neil – He won the title shortly after it being introduced. However, he was only the champion for less than a minute.

Elias – While many believed he would take the Intercontinental Championship first, his first title actually became the 24/7 belt. Unfortunately, his reign was less than a day as well.

Drake Maverick – Closely following behind R-Truth, Drake Maverick is certainly responsible for some of the most memorable moments with the title. His first title win came after he dressed up like Carmella and pinned Truth. He would then drive off to his own wedding, with many hilarious segments following.

Alundra Blayze – Many WWE legends conquered this title as well including The Million Dollar Man. He took the title from Blayze as well as Pat Patterson, Gerald Brisco, Candice Michelle, and Kelly Kelly. Still, Blayze was one of my favorites because of her odd history with the WWE. Winning the title restored her honor.