The UFC has been busy, working on title fights between Khabib-Ferguson, Jones-Reyes and a bout featuring Paige VanZant in recent days.

The UFC has been busy putting fights together – or at least letting the cat out of the bag that they are working on certain bouts – in recent days.

According to a report by ESPN and confirmed by UFC president Dana White, the plan for April 18 is to have Khabib Nurmagomedov defend his lightweight title against Tony Ferguson.

The bout would take place live on pay-per-view from Brooklyn, New York.

Nurmagomedov and Ferguson have been scheduled four previous times, and each time, something has caused the bout to be cancelled.

Earlier this year, Nurmagomedov unified the titles with a submission of Dustin Poirier. He also bested Conor McGregor in a title defense last year. “The Eagle” is unbeaten in his MMA career.

Ferguson comes in on a 12-fight win streak and previously held the interim UFC lightweight title.

The UFC light heavyweight title will be on the line February 8 from Houston when Jon Jones meets Dominick Reyes.

Jones let the cat out of the bag when he replied to a fan on Twitter that asked if he had ever been to Texas to watch him compete. Jones, 25-1 overall, will be competing in his 15th UFC title fight and looking for his third title defense of 2019.

Ever been to Texas? https://t.co/oBWtvgRbm0

Reyes is unbeaten over 12 bouts, including six inside the Octagon.

Paige VanZant Back At Strawweight 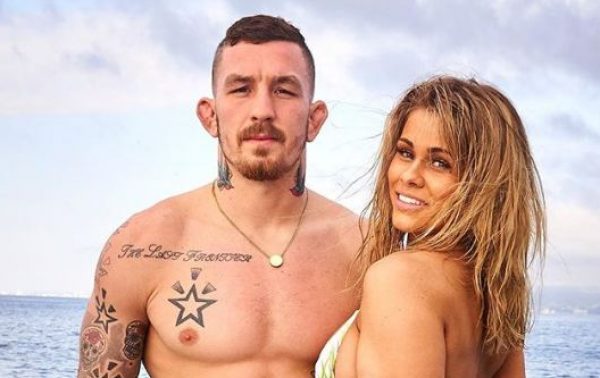 Paige VanZant, who has been sidelined with an injury, is expected to meet Amanda Ribas in March in Brazil.

The bout, first reported by MMA Fighting, would take place March 14 from Brasilia.

ICYMI last night, Paige VanZant is heading to Brazil for a fight with Amanda Ribas in March https://t.co/tLI5ezkCw1

VanZant (8-4) has been out of action since January when she earned her fifth UFC victory by submitting Rachael Ostovich. Ribas is 8-1 overall including two wins with the promotion.