Ric Flair is laying down the challenge to his longtime counterpart, Hulk Hogan. Also, there are rumors about Edge and Steve Austin wrestling again. 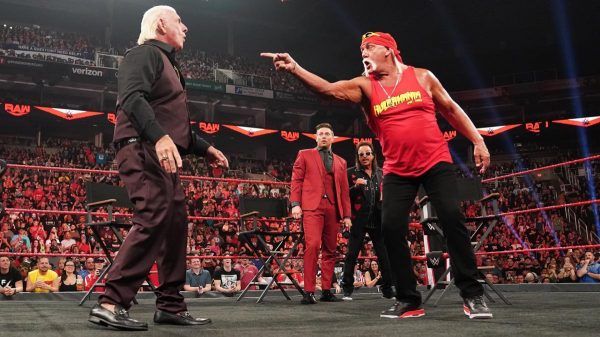 On RAW, wrestling legends Hulk Hogan and Ric Flair took part in the biggest Mix TV segment in history. We learned that evening that the two WWE Hall of Famers would caption teams who would be wrestling at the upcoming Crown Jewel event from Saudi Arabia. On Monday’s show, the two teased getting physical, but nothing came of it. Instead, we learned about their role at Crown Jewel and a few of their team selections.

Fast-forward a few days later and the 70 year old Flair is now challenging a 66 year old Hogan to another match.

“I’m cleared for anything,” said Flair to TMZ. “I could be in the main event [Friday] night. It could be me and [Steve Austin] or me and The Rock or it could be bigger than all of that with me and Hogan! Tell Hulkamania, that I’m in town and we’re not drinking, we’re fighting!”

When it comes to pro wrestling, Hogan and Flair are considered two of the biggest stars. They have shared the ring countless times in WCW and made lots of money in the process.

As for the two actually wrestling, the odds seem bleak. Flair has had several major medical issues in recent years, including a new pacemaker being installed back in May. As for Hogan, his back is a complete mess. While the two might want one more big money match, WWE moving forward with such an idea seems highly doubtful. Still, that will never stop these icons from teasing a final encounter. 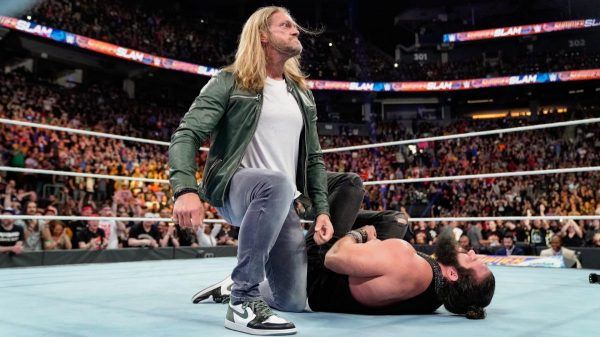 Some recent backstage gossip has revolved around Edge and Steve Austin possibly competing again inside a WWE ring. In the Wrestling Observer Newsletter, Dave Meltzer discussed the current rumor.

For Edge, he recently signed a new deal with WWE that is said to be lucrative as he used All Elite Wrestling during negotiations. While some of the higher-ups in WWE have discussed Edge returning, creative is under the impression that he will never be cleared to compete.

Shortly after WrestleMania XXVII, Edge was forced into retirement due to cervical spinal stenosis; which was a result of breaking his neck about 15 years ago. At this year’s SummerSlam, Edge did spear Elias on pre-show. This marked the first time he had been physical on WWE TV in almost nine years.

As for Austin, he has shown interest in one more match but his career ended over 15 years ago due to a bad neck. At 54 years old, the odds of him competing again are very slim. While working the Saudi Arabia shows can produce some paychecks in the millions, do not look for Austin to be making the trip.

The story here is that wrestling is a dangerous career to pursue and one bump can end it all. Edge and Austin were at the hight of their careers when their bodies gave up. The odds of both wrestling again feels like a long shot, but crazier things have happened.