WWE superstar Mike Kanellis went to Twitter and stated that he requested his release earlier today. 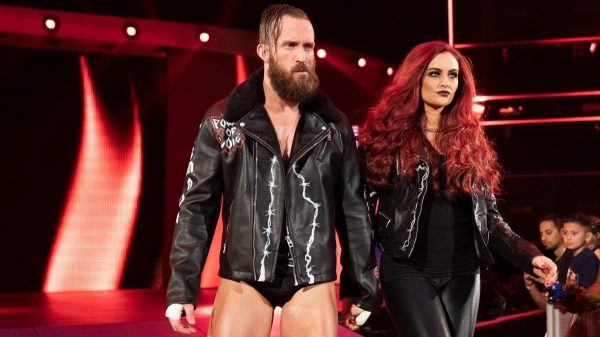 Today I asked for my release from WWE. I want to thank everyone in the company who has helped me out and who I have shared a locker room with. I love you all. I’ve been with the company for almost 3 years and I am incredibly grateful for the opportunity. However it is time for me to move on. I am only 34 years old and feel I have way to much left in the tank. Working 1 day a week is just not going to cut it for me. I came to WWE to work and that opportunity does not exist right now.

I re-signed with the company back in June because I thought it was what was best for my family, and maybe from a financial standpoint it was. But I quickly realized that bringing my work frustrations and misery home with me, is not good for my family and I no longer want my daughter to constantly see me come home defeated, sad and angry.

It’s not fair to her or my wife. Being a pro wrestler was and is my lifelong dream and I’m just not ready to give that up yet. I wasted 4 years of my life addicted to drugs and not caring, when I should have been having the best matches of my life.

Now that I am clean, sober and motivated, I want to have those 30 minute matches. I want to travel the world and wrestle in front of UK crowds, German crowds, Japanese crowds. I want to feel the love and excitement wrestling once gave me.

What The Future Holds

I also want my daughter to be able to see me wrestle. I want her to see her daddy work for his money. I’ve never been ok with just collecting a paycheck and I can’t in good conscience tell my daughter she has to work her ass off to get ahead in life, then not do it myself. I don’t know what the future holds, but for the first time in a long time, I’m hopeful and excited. Thank you to everyone who has ever supported me and had my back. I love you.

Mike joined the WWE in the summer of 2018. His push ended in a matter of weeks as his wife, Maria Kanellis, announced her pregnancy with baby Fredrica Moon . He worked 205 Live, but has mostly be in the jobber position of WWE. Recently, he and Maria have been in a storyline about who is the true father of their second baby.

No word on what the future holds for Maria. And, if Mike is granted is release, we might never find out the true father of Maria’s second child. Knowing WWE, Mike would be reveled as the father the entire time. Maybe, the biggest question involves if All Elite Wrestling has interest in Mike and/or Maria. Who knows, WWE might offer the Kanellis family an even better deal.