Eric Bischoff Makes The Most From His Release From SmackDown Live

Eric Bischoff was released as the executive director of SmackDown Live a little while ago, but he is trying to make the most of it at the moment.

Eric Bischoff only spent a couple of weeks as the Executive Director of SmackDown Live. Now that he has been released from the WWE, Bischoff is trying to make the best of it. Of course, he’s done it in the most lucrative and profitable manner.

Bischoff is poking fun at his quick release as the SmackDown Live Executive Director. While it has been a little quiet around the former director, he is now back and bigger than ever.

To make the most out of his release from the WWE, he is now selling tee-shirts that mark his short stint as the SmackDown Live general manager including  slogans like “83 Days with Eric Bischoff,” “You Can Find Me In Catering,” and “Bischoff Moving Company.” What a great sense of humor!

The Author of Controversy Creates Cash Does it Again 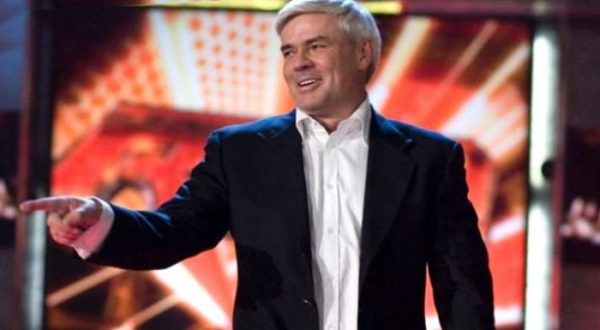 In 2016, Bischoff wrote a book called Controversy Creates Cash. Based on the new tees he’s now selling and the fact he was let go from his job with the WWE so fast, controversy is definitely translating in a lot of attention for the former executive.

Recently, we reported on his reaction to his release from the company. While he admitted that his position was only short term in nature, he did move his entire family to Connecticut for this position.

“I looked at it as a relatively short term opportunity, meaning 2-3 years. I didn’t think it would be quite this short term, but sometimes that happens. WWE is a great company with a very defined culture and process. I didn’t necessarily fit into it. That’s just the way it is. I’m not sad, disappointed, any of those things. Just looking forward to the next opportunity, whenever and wherever that may be.”

The Future for Eric Bischoff 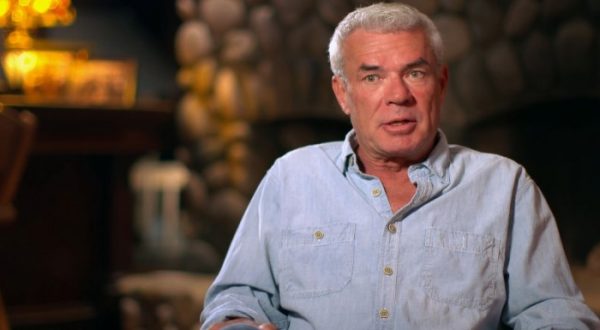 Despite being released from the WWE, Bischoff will always be associated with wrestling. Being heavily involved with WCW back in the day and trying to put the WWE out of business, Bischoff’s name has been a name of respect and controversy at the same time.

The future for the former SmackDown Live Executive Director is unclear. It is unlikely that he will be offered another role within the company, although never say never. While Eric did disappoint as the SmackDown Live executive director, it does not mean he would not be good in another role.