black jack-o-lantern bed bath and beyond

Bed Bath & Beyond pulled black jack-o-lanterns off their shelves after the NAACP and local media whipped up claims of racism by the "blackface" pumpkins.

If you thought ridiculous cries of racism couldn’t get any worse, buckle up and grab your popcorn. Retail giant Bed Bath & Beyond pulled black jack-o-lanterns off their shelves as perpetual whiners pitched a fit claiming that the inanimate pumpkins were in “blackface”.

This latest absurdity is based in Nyack, NY. Law firm Feerick Nugent MacCartney had two of the black jack-o-lanterns with white eyes, nose, and mouth on top of a bale of straw.

The law firm’s Halloween decor only lasted 48 hours in that location after complaints from the outrage mob began rolling in. 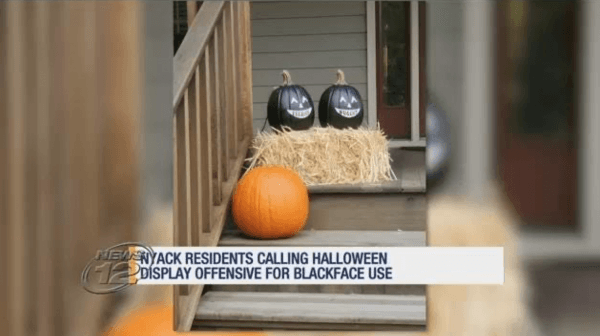 These Halloween haters got an assist from local media who put the screws to Bed Bath & Beyond. The leftist media whipped up stories featuring the usual suspects whining to drum up attention … and revenue.

Perhaps News 12 should have investigated if the pumpkins were doing an impression of Justin Trudeau?

Wilbur Aldridge, the regional director at the NAACP, took a swipe by stating the jack-o-lantern “shows an extreme lack of sensitivity.”

“By now I would believe everyone [would] know that anything in Blackface is offensive… Equally as offensive is that a retail store would have such an item in [their] inventory for general purchase,” News 12 reported the NAACP official said.

The law firm quickly removed the jack-o-lanterns and stated that they were not trying to offend anyone.

It might seem like a knee jerk reaction, but a local news story can easily destroy a small business with help from the outrage mob.

“We understand that someone complained about them and so once we got word of that we immediately took them down,” Mary Marzolla, who is a partner at the law firm, stated and explained the jack-o-lanterns had the names of employees at the firm.

“We represent people of all colors and faiths, and we would never do anything to exclude anyone from any community,” she says.

Bed Bath & Beyond immediately caved after being contacted by News 12. The popular home retailer pulled the festive decorations from their shelves not just in that area, but nationwide!

“We have immediately removed the item from sale,” the company spokesperson said. “This is a sensitive area and, though unintentional, we apologize for any offense caused.”

Jack o lanterns come in all colors!
What is wrong with everybody?😫 https://t.co/mUAFeCR3tj

This is yet another example of those who scream the loudest sometimes win.

Target beware! Your cute little black jack-o-lantern pail may be the NAACP’s next “blackface” target. (No pun intended.) 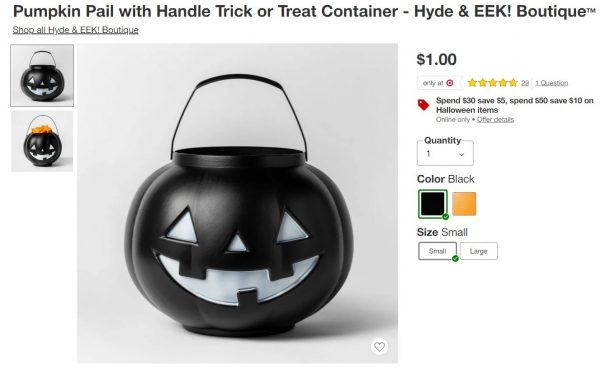 But, Wilbur Aldridge and his comrades at the NAACP are ultimately losing the battle of common sense, especially regarding jack-o-lanterns.

Apparently outspoken Hollywood liberal elites get a pass for donning blackface for Halloween – or ratings – but inanimate gourds do not.

Lest We Forget: Joy Behar and Jimmy Kimmel Learn Their Fate In Celebrity Blackface Scandal

Vote #republican cuz #democrats are nothing but #communist and #racist #blackface #trump2020 pic.twitter.com/0qRALHy4lR

When everything is racist, nothing will be. It’s hard to take them seriously anymore.

Jimmy Fallon Under Fire After His Blackface Past Resurfaces