Conor McGregor has let it be known that he'd be interested in fighting Frankie Edgar, and his longtime coach John Kavanagh is also, clearly on board with the match-up.

Conor McGregor has named Frankie Edgar as one of the fighters he’s interested in facing in his highly anticipated return to the Octagon. Well, his head coach, John Kavanagh, recently reported he’d love to see the stars fight. In fact, he’s hoping to see the all-star match-up this year. 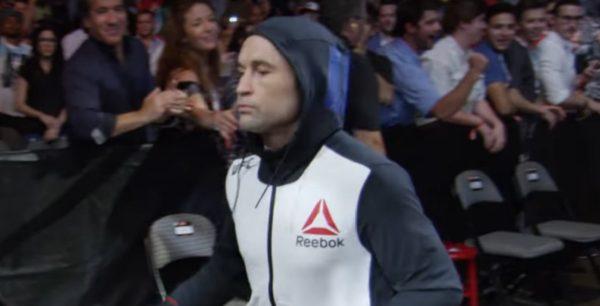 Following the release of the now, well documented video of McGregor striking an elderly man in a Dublin pub, the former UFC champ did an interview with ESPN. In addition to apologizing for the aforementioned incident, McGregor talked about his next bout. The legendary Edgar was one of the fighters he named as a possibility.

Although McGregor’s comments came out not long after Edgar said he was moving to 135, the former lightweight champ made it abundantly clear he’d put those plans on hold. In fact, Edgar said he’d be willing to fight McGregor at 170 if that’s what it takes.

Well, recently Kavanagh talked with The Mac Life, and the proposed fight between McGregor and Edgar was brought up. The Straight Blast Gym leader had this to say about it (quotes via MMA Junkie):

“I think him and Frankie Edgar would be a great fight,” Kavanagh said. “I think it was in the works when Conor was kind of going on that featherweight tear. He’s an ex-world champion, great fighter.

“Yeah, if it was me, I would love to see the Frankie Edgar fight this year, if possible. And then go on another run in 2020.”

“Frankie has a style that’s very difficult to deal with. You’ve got to train very hard for it. But it’s also one we’re somewhat familiar with, even from his first fight with (Marcus]) Brimage,” Kavanagh said. “This small, fast guy, quick hands, wrestling. But Frankie’s just been in there with everybody, (he’s a) world champion, he’s beaten legends like B.J. Penn, and so on. I just think that’s a great match for the fans. And for me, I’d love to see it.”

So, it will be really interesting to see what happens here. Clearly, there would be a lot of interest in Edgar – McGregor. But, you can say that about most fights any of these two stars are involved in.

But, it just seems like the timing for this bout is off. If McGregor wins, then his detractors will point out he’s defeated someone who was about to move to 135. While Edgar has had a storied career, there are reasons why he was / is planning a drop to bantamweight. So, would a win over Edgar at this juncture validate giving McGregor another shot at the lightweight belt? Some would say yes, some would say no.

And if Edgar wins (and that could very well happen)  then where would McGregor go from there? He would have incurred a defeat to someone who hasn’t competed at lightweight in years.