Meghan Markle’s Sister Is at It Again, This Time Taking a Swing at Baby Archie

Samantha Markle, Meghan's much older and much more jealous half-sister is back at it with the meritless jabs against the princess.

Meghan Markle’s half-sister, Samantha Markle, is once again slamming the duchess in the media. This time over the photos of baby Archie’s christening released to the public.

“For my sister to go into a church knowing what she has done to our father, ignoring him through every holiday, the wedding, two heart attacks, the birth, and the christening, is disrespectful,” Samantha said in a recent interview.

Speaking publicly about someone you haven’t seen in over a decade is pretty disrespectful, too.

Samantha went on to criticize the professional photos of the christening of Prince Harry and Meghan’s new baby, Archibald Harrison Mountbatten Windsor.

“Everything about the christening looked faked and photoshoppe d but more at issue is the fact that she has traded an entire family to be royal and shame on her.”

In fact, the photographs looked fairly typical for the Royal Family. 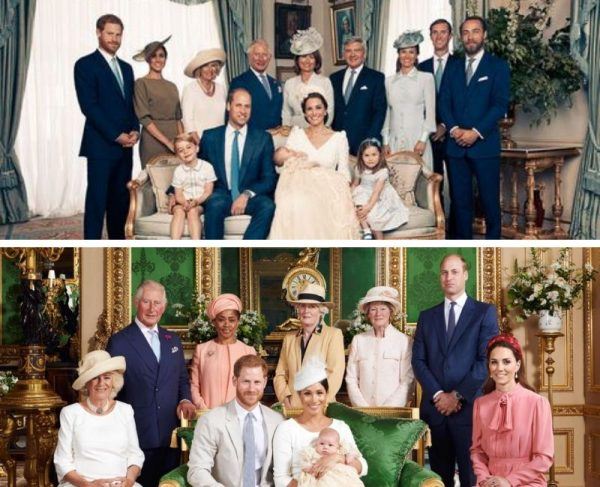 For a family that claims they want to mend rifts and for Meghan to include the Markles in her life, they show it poorly.

Long before Meghan, 38, began a relationship with Prince Harry, she had nothing to do with Samantha, 54. The half-siblings reportedly haven’t seen each other since 2008.

Despite Samantha calling Meghan a “social climber” and a “pushy princess” the elder sibling appears to share those traits. Shortly before Meghan and Harry’s wedding last year, Samantha showed up at Kensington Palace. Security dealt with the situation and turned her away.

The episode is just one in a long line of what are surely embarrassments for Meghan.

Last week, Meghan’s half-brother, Thomas Markle Jr., went to the press to plead with Queen Elizabeth and Prince Charles to force her to see them. But in what now seems typical Markle family fashion, threw in a dig at his little sister.

“Now you’re a mother, I hope you’re grown up and mature enough to figure out family is very important,” he said, condescendingly.

The fact is, the longer the Markle family continues to make their caustic remarks to the media, the less reason Meghan has to ever include them in her life. However, I don’t expect the Markles will realize this any time soon.

Prince Andrew At Risk Of Losing Royal Safety Net; Harry And Meghan Might Be Next

Canada’s Largest Newspaper Slams Harry And Meghan: Canada Is Not a “Halfway House” For Royals