During the Royal Rumble in 2018, an incident occured where Lesnar punched Braun Strowman. Now, Strowman has revealed what happened after the match.

The 2018 Royal Rumble was a memorable event for Braun Strowman as well as Brock Lesnar. During the event, Braun accidently hit Lesnar with his knee, upon which Lesnar returned the favor by punching Braun Strowman in the face. Now, Braun Strowman has spoken with Wrestling Travel to reveal what happened after the match.

Braun Strowman Attributes It To Being Dominant Males 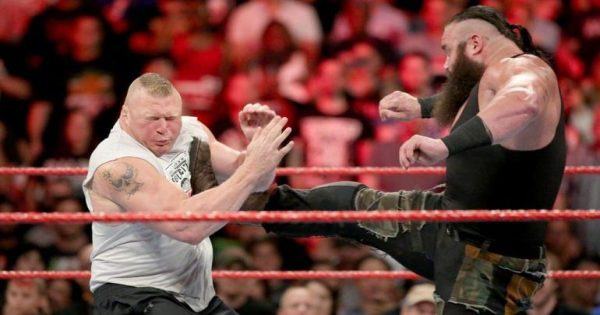 According to Braun Strowman, Lesnar and himself patched things up quickly after the 2018 Royal Rumble match. He states that they both had a good laugh at the incident and blamed it on being two dominant males.

“We laughed about it afterwards,” Strowman started. “It is what it is. We got to the back and I said ‘Hey, my bad” he said the same thing and we went about our business. We’re both grown ups, we both knew what we were getting into and at the end of the day, we’re both very dominant males and neither of us wanted to give in an inch, so in the end we took an inch from each other.” Braun Strowman at Wrestling Travel

It is no secret that there has been a battle of supremacy between Braun Strowman and Brock Lesnar. At one point, Strowman even stated he was stronger than Lesnar.

Despite the animosity between the pair in the past, Strowman had nothing but positive words for Brock. In fact, he states that getting into the ring with Brock is always a genuine fight.

“Working with Brock I go in with the mentality that it’s a real fight. You have to. I remember Royal Rumble a couple of years ago, I got a little ants in my pants, so did he and we threw some heavy hitters at each other and carried on from there. Let’s face it, Brock’s one of the baddest human beings on the planet and I enjoy it, I like the physical aspect of it. I didn’t get into this thinking it was water polo or tennis or anything like that, I knew this was a full contact sport and when you’re in the ring with Brock Lesnar it is full contact. Ask anybody’s that’s worked with him. Brock brings the big fight and that’s why people pay money to see him.” – Braun Strowman at Wrestling Travel

The Future For Braun Strowman? 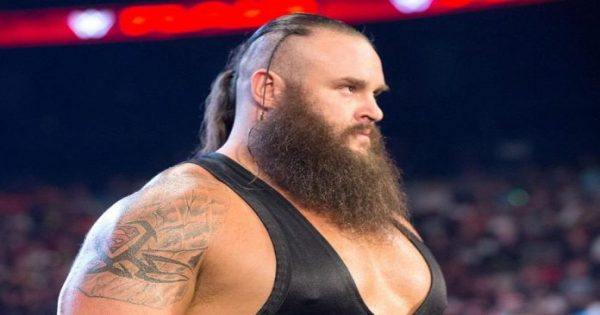 Even though Braun Strowman is one of the most imposing wrestlers on the roster, he still has to get a solo title run. Backstage rumors indicate that Strowman did not receive the opportunity yet due to a tendency of being late for events. Whether or not this is accurate remains to be seen, but it is a fact that Braun never won a singles title.

Braun did win the Raw tag team championships at one point; this alongside Nicholas, the son of a WWE referee. Still, Strowman had to drop the title the very next day after winning it.

Despite the lack of titles, Braun is still one of the main attractions in the WWE. Therefore, it is likely that he will win a title in a the nearby future and cement his legacy within the company.

Matt Riddle And Brock Lesnar Backstage + Why No Sasha Banks