205 Live is in big trouble as the brand could get cancelled all-together. Plus, Kurt Angle talks about Brock Lesnar maybe taking on Jon Jones in the UFC.

205 Live could be in big trouble, as recent rumors indicate that the brand may be cancelled all-together. 205 Live has not been performing as expected, so it would not be unusual for the company to nix the brand and put something different on for Friday nights.

205 Live Is A Failed Experiment 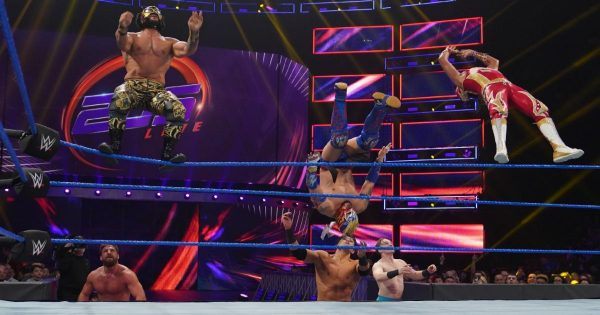 If the rumors are accurate and the WWE is thinking about cancelling 205 Live, it could mean another failed experiment for the company in recent years. Despite the brilliant talent on the roster, the WWE has not managed to revive the brand and attract the necessary crowds.

Despite the struggles of the brand itself, nobody can deny that the cruiserweights have put on amazing matches on WWE pay-per-views. In fact, the cruiserweights often put on the best matches of the night, so it is a shame to think that some of these premium athletes could lose their job if 205 Live gets the proverbial axe. 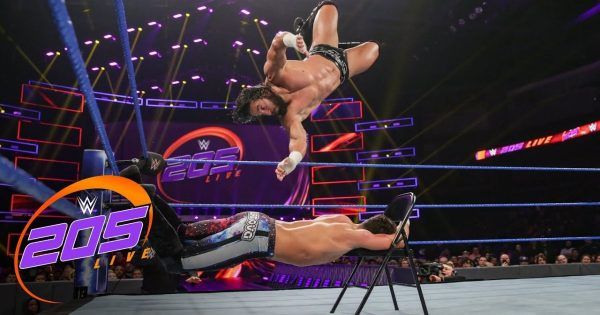 In other news, Kurt Angle has spoken out about a possible UFC return for Brock Lesnar. Even though Brock has stated he is retired from mixed martial arts, Angle states that a potential fight against Jon Jones could be just to thing to lure Lesnar back to the octagon.

“I hope he does return. I know he said he was retired, but I think the one fight he wants, and I don’t know if it will happen, but he wants to go up against Jon Jones,”

“I think that would be an extraordinary fight. They are very different. Their sizes are completely opposite, but Brock’s a freak. He might not win all of his fights, and he may not be the more polished fighter, but he is an incredible athlete,” – Kurt Angle on The Ariel Helwani MMA Show.

Despite the enthusiasm from Kurt Angle, it is extremely unlikely that Brock Lesnar will make a return to the octagon any time soon. Dana White said during an interview several months ago that Brock has retired from mixed martial arts, which could mean he has not interest in returning to mixed martial arts. Still, knowing Brock Lesnar, he might make a return for the right monetary incentive.

Brock may not be returning to the UFC, but he could be wrestling for some time in the future. With the money he earned, he could retire easily, but he is still offered some serious money for his appearances. So, I do not believe we have seen the last of Brock Lesnar just yet.