WWE Extreme Rules Report Card: Scores From Philadelphia Are In!

WWE headed to Philadelphia for Extreme Rules and there were plenty of memorable moments, but some low points. So, here are scores for each match.

WWE headed to Philadelphia for Extreme Rules and there were plenty of memorable moments, but some low points. So, here are scores for each match. 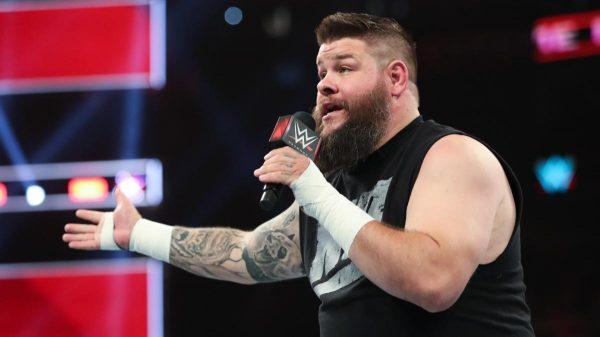 There is not much to go on with Dolph Ziggler vs. Kevin Owens. A kick and stunner was enough. A few thoughts: another good promo by Owens and WWE must have paid Ziggler a good amount of money to quickly fall down the roster. I can’t score the promo here; just the match. Grade: D 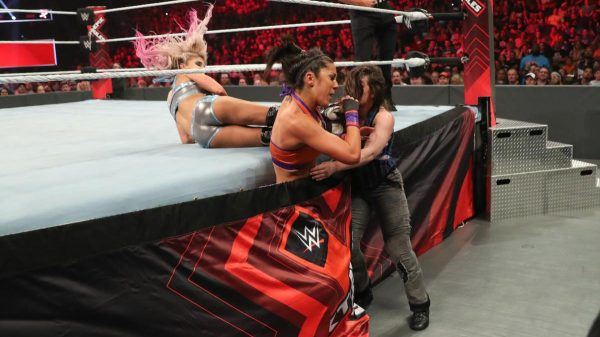 There has been speculation that Sasha Banks will be back before the summer ends and it seems likely considering the current program of Bayley having a numbers disadvantage opposite Alexa Bliss & Nikki Cross. Bayley was placed in what the announce team called a no-win situation, yet she left with her belt. Still, I see these three meeting again at SummerSlam; but in a tag match that features a returning Banks. Grade: B- 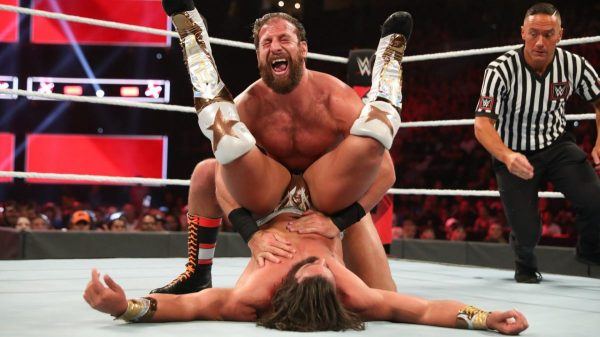 At least the Cruiserweight Championship got to close the pre-show and not open it. Both men have highflying qualities, but I feel like 205 Live has talent that can better represent the brand. Tony Nese and Drew Gulak would probably be buried on RAW or SmackDown, so they are in tricky spot. The cruiserweights usually make a case for stealing the show, although that did not happen this time around. Grade: B 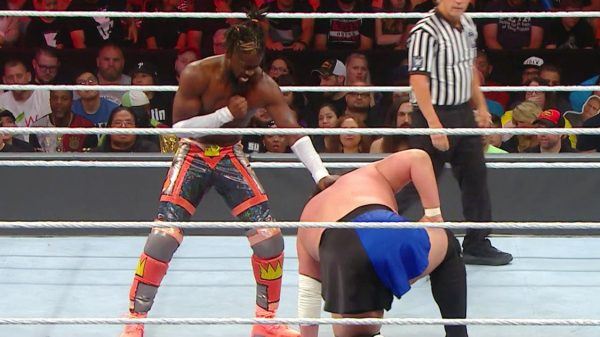 A side story heading into the match was Big E & Xavier Woods winning the SmackDown Tag Team Championships earlier. So, New Day now have a bunch of gold. It feels like Samoa Joe is always in the same position of being fed to a WWE or Universal Champion. I never dug the short storyline and do not think either superstar appeared stronger. Grade: B 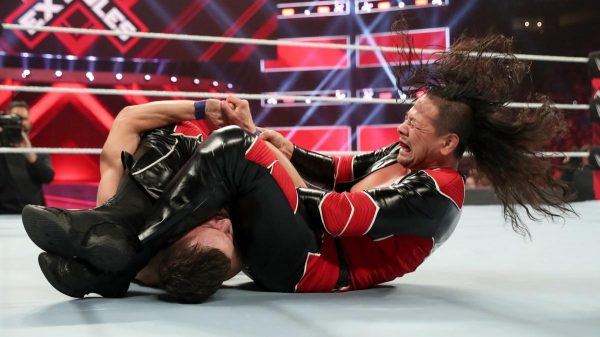 This was a late addition to the show and it featured two wrestlers that are well-known around the world. I figured Shinsuke Nakamura would lose as he fell into the role of Rusev; losing many pay per views after a big push to begin his WWE run. Not a bad match and they probably deserved a spot on the main card. With Finn Balor dropping the Intercontinental Championship, there has been speculation of him rejoining The Club. If that is the case, I agree with the title change. Grade: B 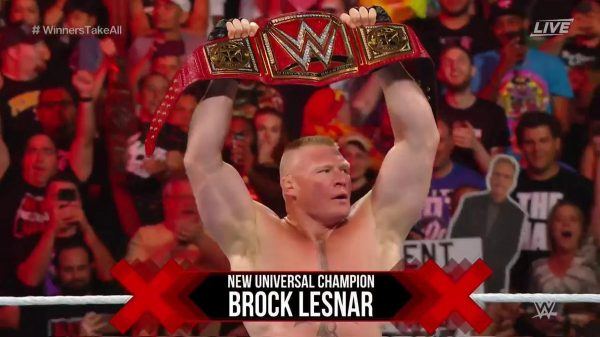 Heading into the match, I was already tired of Seth Rollins – Baron Corbin and Becky Lynch – Lacey Evans. The Winner Take All stipulation did not help the heels betting odds. Corbin hitting End of Days on Becky and Rollins snapping seemed like the best part of the match. Then Brock Lesnar comes out and successfully cashes in the Money in the Bank contract. Well, we knew this was eventually happening and our SummerSlam main event seems set. Grade: B 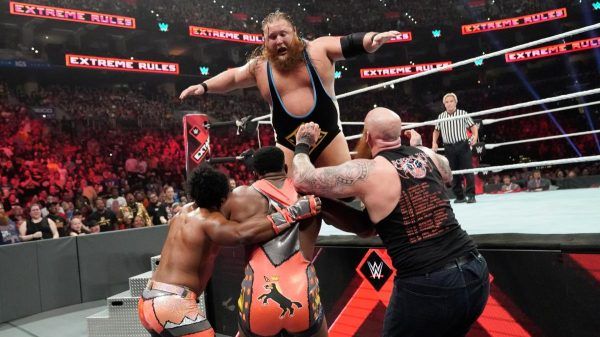 The match featured a two teams full of comedy and Daniel Bryan, who has is own unique sense of humor. I was not sure what to expect from the match, but everyone delivered. Cool sequence at the end with Big E catching Bryan mid-air and Xavier Woods getting the pin. While New Day being tag team champions is old, the stable has more gold to their name. Grade: B+

RAW Tag Team Championship: The Usos vs. The Revival 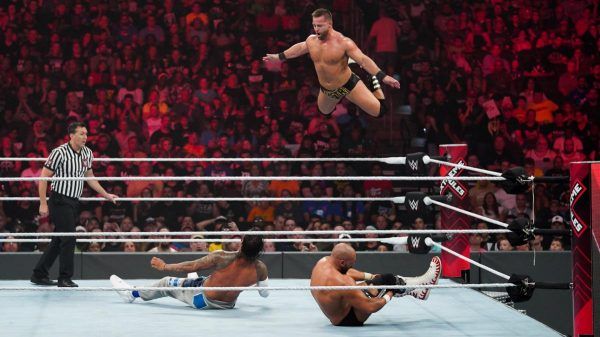 Two of the best tag teams currently in WWE continued their storyline at Extreme Rules. It was mostly The Revival isolating one Use brother and the tactic worked. The Usos always work well together and a simple blind tag is what cost them another run with the titles. Good outing by the tag team division. Grade: B+ 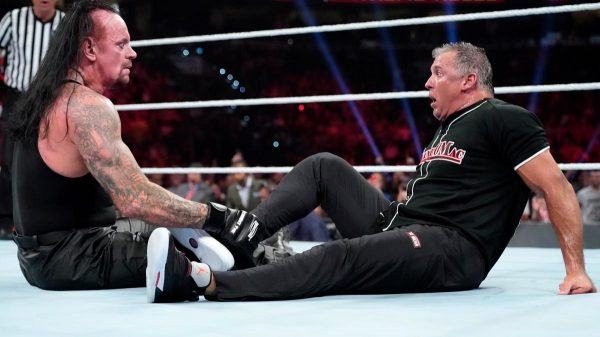 What a combination put together by WWE. We have the past in Undertaker, present in Roman Reigns, future in Drew McIntyre and then Shane McMahon. After seeing the debacle at Super ShowDown, WWE made the right call pairing Undertaker with younger talent who can help carry the load. I enjoyed the combination of Reigns & Undertaker, but wish they worked a little bit more together. The slight botch at the end with Undertaker going for the tombstone on Shane shows why WWE needs be careful with their booking.  Grade: B+ 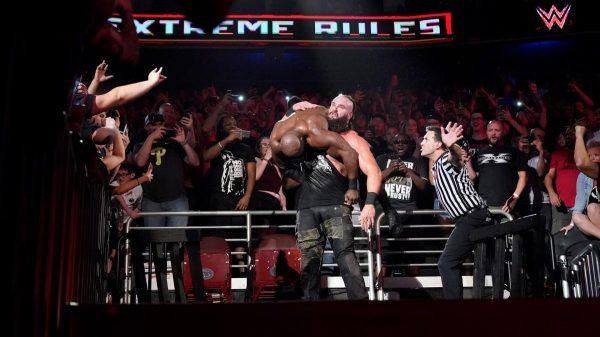 For two guys that went through the LED board two weeks ago and needed to be transported to the hospital, they looked to be in good shape at Extreme Rules. Considering how these two have met several times over the past few months, WWE needed to do something different. They went with a Last Man Standing Match and it worked. The ending was not anything too crazy, but the moment was probably spot of the night. That should be the end of this program. Grade: A- 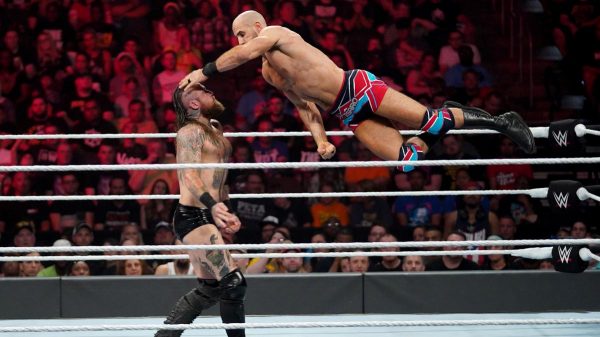 Since WrestleMania 35, Aleister Black has really not appeared on TV outside of taped vignettes. He asked for someone to knock at his door and Cesaro accepted. While I am not sure if these two can create a lengthy program, the match did its job. We got to see Black reintroduce himself to fans after some time out of the ring and Cesaro was the right opponent as he delivered his own type of hard-hitting shots. Hopefully, both superstars find programs because they deserve it. Grade: A- 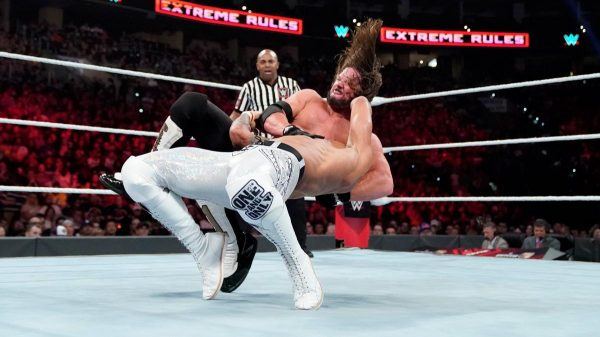 AJ Styles and Ricochet might be two of the very best superstars currently on the roster. Styles had backup in The Club, but he did not need them as he already pinned Ricochet earlier in the month. The match had a quick pace and remained smooth as the moves transitioned very well. Crazy Styles Clash at the end to give him the title. The only bummer was Ricochet’s title reign being so short. Grade: A-