SmackDown In A Nutshell: Will Shane McMahon Get His Revenge?

We have less than three weeks until SummerSlam. Kevin Owens has been torching Shane McMahon any chance he can. Will McMahon finally get revenge?

Well, for some, this show might feel like a bit of a let down. A night removed from the huge RAW Reunion show, it’s just…regular old SmackDown Live. But, don’t get upset folks! We have less than three weeks to go before SummerSlam, and unlike RAW on Monday, tonight’s show can basically be 100% focused on SummerSlam hype. That means we can find out, for sure, who Kofi Kingston will defend his WWE Championship against. Of course, there are plenty of other matches to consider…and then there’s also the Kevin Owens situation. Owens has been on a rampage of late, with Shane McMahon on the receiving end of things. Now, will Shane McMahon get his revenge? We’ve been hearing that McMahon has something in store for Owens, because you just can’t keep crossing the Boss…or the Boss’s son, for that matter. Let’s crack open this Nutshell and find out!

Not a match, but the main event sequence was the best chunk of the show. As it was set up, you’d have figured the odds were stacked against Kevin Owens-Elias, Shane and Drew McIntyre all at ringside in some capacity or other. Of course, the tell tale sign was Owens’ opponent: Roman Reigns-someone who himself has had beefs with all of the heels. So, it was not a match, but a chance for the outnumbered babyfaces to have some fun at the expense of the three heels. 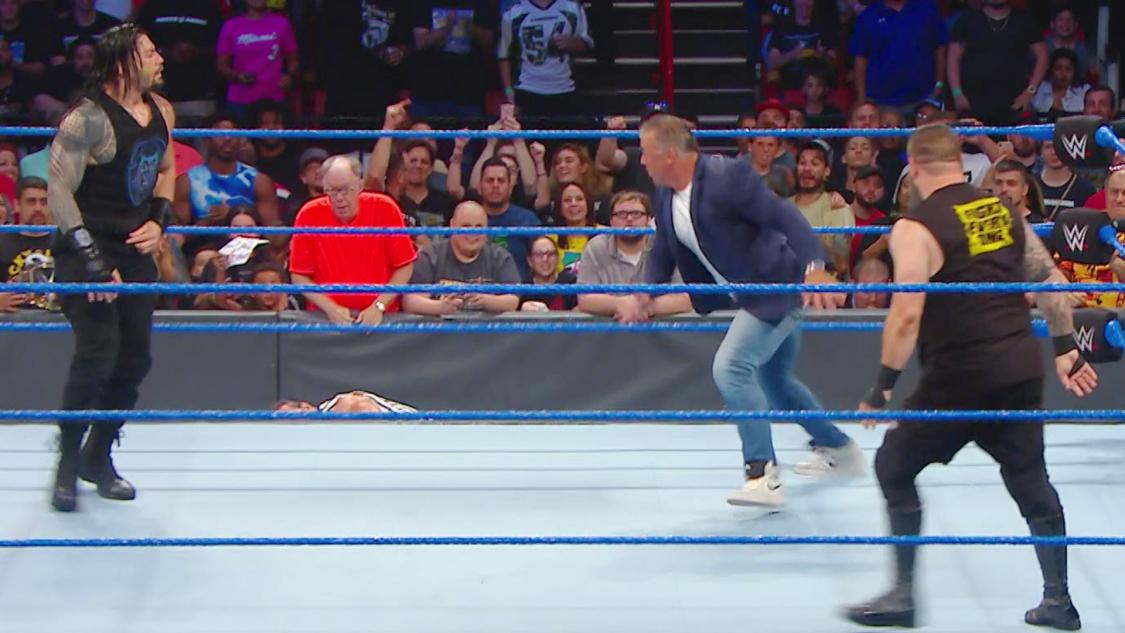 In other words, it was SmackDown’s answer to the RAW feel good main event segment from Monday. It worked.

Changing this one to “worst segment”. Not even sure how to really, accurately portray what happened between Mandy Rose and Sonya DeVille, other that to say it was a complete and utter train wreck. It made almost no sense, and it was just…bad.

Really liked what we got out of Roman Reigns for one, but mostly out of Kevin Owens. He’s on fire right now, and if WWE is smart, they ride this one and he’s got a major main event/championship program coming before long. Crowd is into him, he’s been given a lot of leeway on the mic and he’s been basically pure gold for weeks. It makes me wonder if we don’t see Orton win at SummerSlam, just so Owens can dethrone The Viper afterwards.

No major signature spot tonight. I did like the sequence where Shane ate a Superman punch then a Stunner, then another because the fans wanted one more.

Not sure there was one.

We do have a Finn Balor versus Bray Wyatt match confirmed now for SummerSlam, though that might have been one of the more bizarre sequences for an acceptance. Bray’s Firefly Funhouse graphic hit, and Mr. Rogers-esque Bray was on screen, telling Finn that he, Mercy and Ramblin Rabbit were Balor’s friend, but that The Fiend was not…and that The Fiend accepted the challenge.

Really curious to see where that goes.

Maybe this is just hyperbole, but with Bayley set to face Ember Moon at SummerSlam for the SmackDown Women’s Championship, at one point tonight it seemed Charlotte could be angling for making that a three way affair. 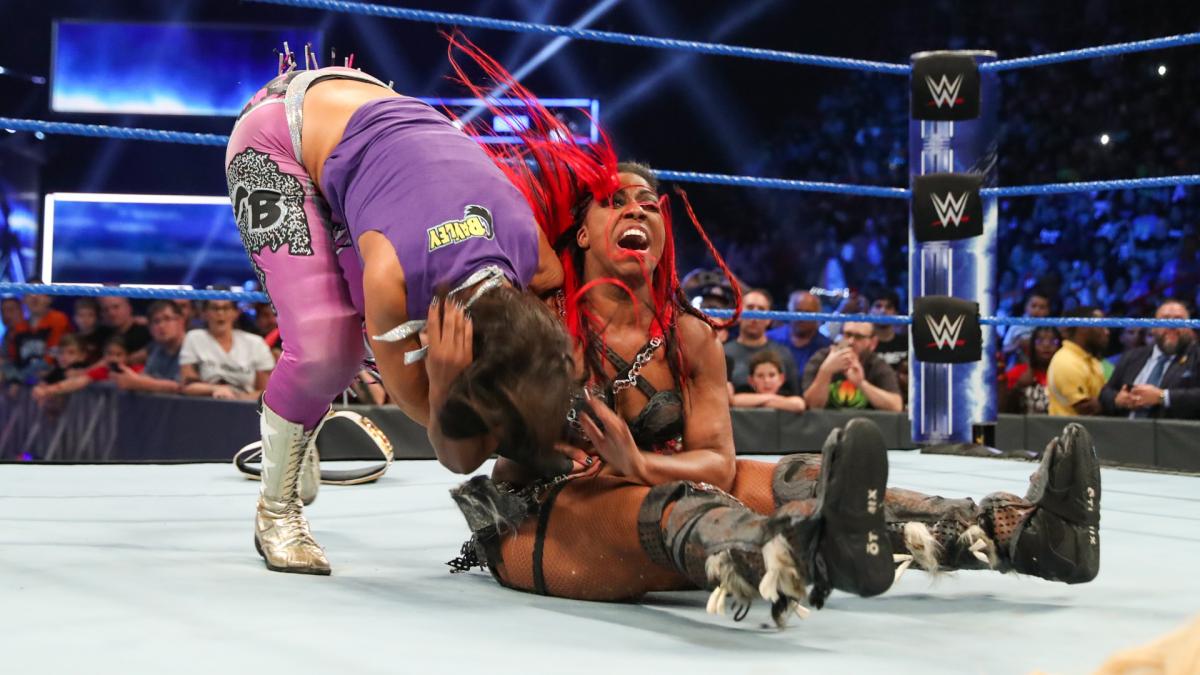 After losing, however, backstage, Charlotte declared that she would fight someone at SummerSlam who is “better than Bayley or Ember”. OK, so, we know Becky Lynch is already busy…could we be getting a Rousey return? Or is Charlotte just rambling and it means nothing? I don’t know if it’ll be Rousey, but WWE seems pretty calculating with their promos, so I have to think there’s something behind those words.

Also, Kofi officially has a challenger at SummerSlam, with Randy Orton getting the next shot. I do like WWE playing off their history-Kofi and Randy had some good matches, albeit many years ago. I also like Orton saying that Kingston wouldn’t be where he is right now without Orton taking out Ali. Lots of backstory here, and we know these two can work. 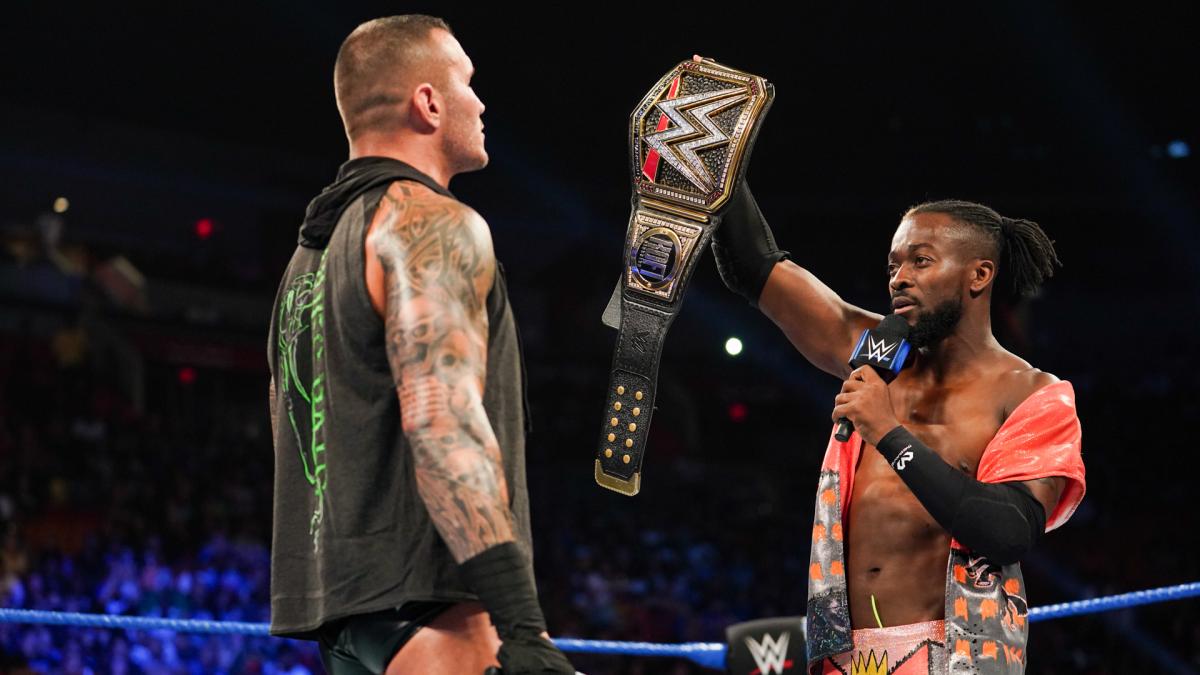 Honestly, I don’t feel like there’s much to complain about…outside of that Mandy/Sonya segment.

We had an interesting MizTV. We know Miz and Dolph Ziggler are going to tangle (though, to be honest, it would be more believable if we didn’t get to see those two being buddy buddy on Miz and Mrs.). What Shawn Michaels’ role could be remains to be seen, since he was at least in the midst of things tonight. Considering how many times people have compared Michaels to Ziggler (and Ziggler emulates HBK), this could get particularly interesting. 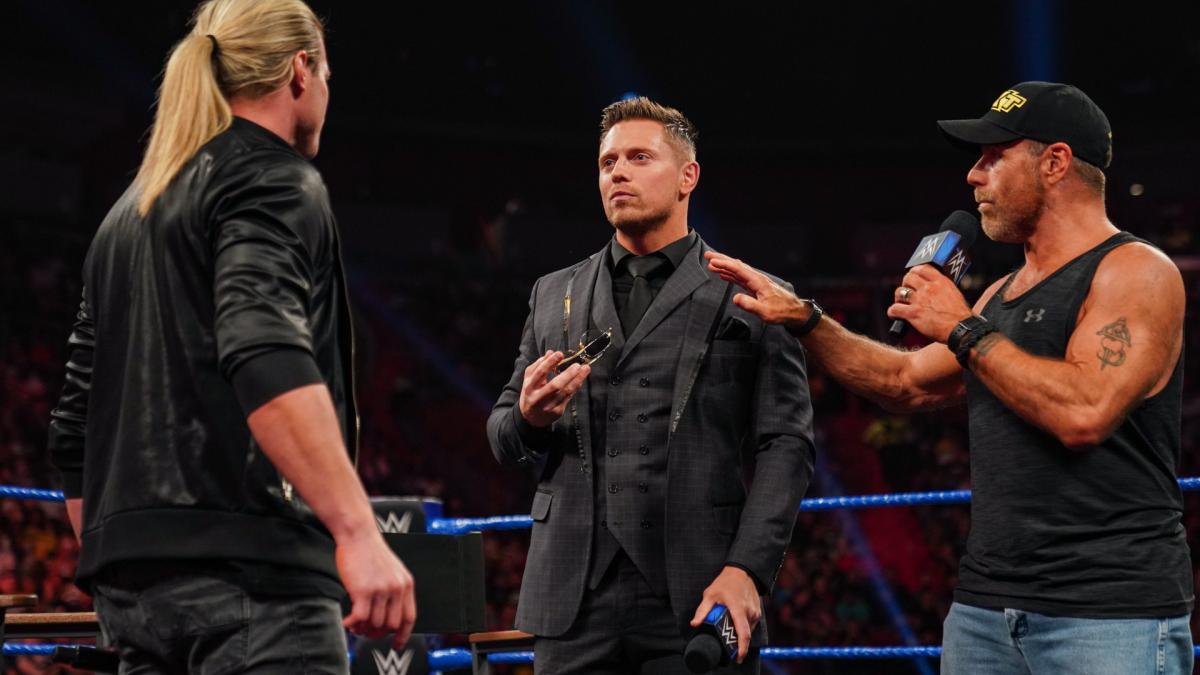 All in all, a satisfying SmackDown. Sure, it was no RAW Reunion, but that’s OK. For one, I don’t think we could handle two nights and five hours of nostalgia. We do know there’s an allegedly major PPV coming in three weeks time, so there is and was work to be done.