Over the weekend Jeff Hardy was arrested (we have the mugshot) and a female superstar suffered a concussion. Also, All Out is starting to take shape.

– Jeff Hardy has always had some trouble with the law and that trend continued this weekend. He was arrested on Saturday for public intoxication in Myrtle Beach. The same day, he was released after posting $153 bond. 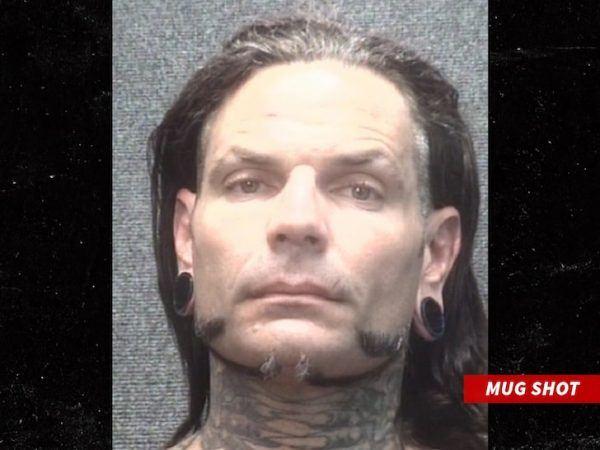 Sadly, Jeff has been in trouble with the law on several occasions. In 2009, Hardy was arrested on charges of possession and trafficking drugs. The list of drugs included large amounts of vicodin, soma, steroids, cocaine and various paraphernalia. He pled guilty two years later and served 10 days in jail, fined $100,000 and was on probation for 30 months. In March 2018, Hardy was arrested again for driving while impaired after a traffic accident in North Carolina.

Right now, Jeff is out of action after undergoing leg surgery and WWE sent out the following message about his latest run-in with the law.

“Jeff Hardy is responsible for his own personal actions.”

– Tamina Snuka was knocked out at a Maine live event this weekend. According to PWInsider, she suffered a concussion.

Since Nia Jax underwent surgery, Tamina has done little on the roster. She has mostly been featured on Main Event, typically on the losing side.

– All Elite Wrestling (AEW) has produced three shows following yesterday’s Fight For The Fallen. They have one more show left, All Out, before they air on national TV starting in October on TNT.

Like their first event Double Or Nothing, it seems like All Out will be one of their regular and more prominent shows. The show will crown the first AEW World Champion and the AAA Tag Team Championships will be defended in a Ladder Match. Plus, Kenny Omega and Jon Moxley will finally meet and the tag tournament will continue to take shape.

Below is the current card for All Out, which is August 31 from Illinois’ Sears Centre Arena.

The Best Friends vs The Dark Order