During a fatal four way on Raw this week, Alexa Bliss and her fellow wrestlers had to deal with fan heckling. Now, she has responded to the situation.

Fan heckling is common nowadays, especially with the WWE’s track record over the past couple of years. Unfortunately, the women’s match to determine the first contender for the Raw Women’s Championship was the subject of heckling this week.

Chants During The First Contender’s Match 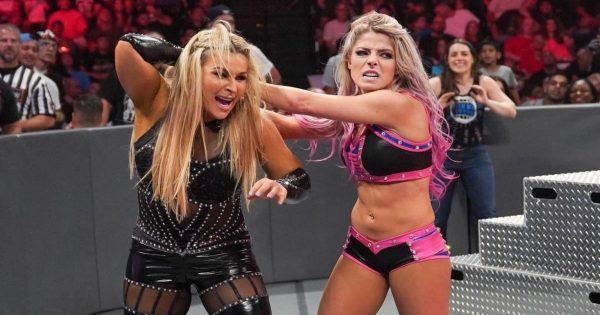 A match during Monday Night Raw is the current topic of discussion. To determine the first contender for the Raw Women’s Championship, a fatal four way between Alexa Bliss, Naomi, Natalya, and Carmella sought to determine the next in line for a title shot.

Unfortunately, the match was terribly long and not really that great. Evidently, fans responded with the usual heckling chants; this included “This is awful”, “boring”, and “We want Sasha“. The chants took away from the match considerably, so it was not fun to watch for those at home either.

Alexa Bliss Responds To Heckling Fans After The Match 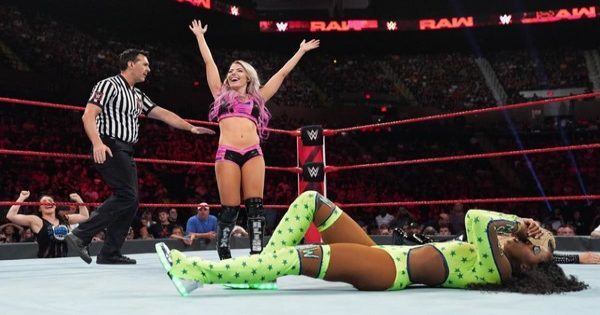 Shortly after the match took place, Alexa Bliss responded to the heckling of fans on her social media with a short message.

Opposed to some fans who responded to her tweet, I understand Alexa’s tweet. As a wrestler, it has to be devastated when someone does not appreciate what you are doing. These people live and breathe the business. They travel every day to bring shows to fans, so the odd match that is a little less than ideal is certainly not out of the question. Of course, I do understand the standpoint of fans too, as they paid good money to see a show.

At the end of the day, the reaction of fans during this match is not the problem. The problem is more widespread within the WWE, as there has been more than one poor match in recent history. Fans are sick and tired of paying for a show that does not really deliver. Unfortunately, it all came down on Alexa Bliss and the other women that were in the match.

I have said this a million times before, but comparing the wrestling in NXT to the main roster is a huge difference. NXT provides quality wrestling, while the main roster has to count on gimmicks and lacklustre storylines. If this does not change, heckling during matches is not gonna change. Triple H has the right idea with NXT, but there is no trace of that product on the main roster.

The Line Between Disrespect And Respect For The Wrestling Business 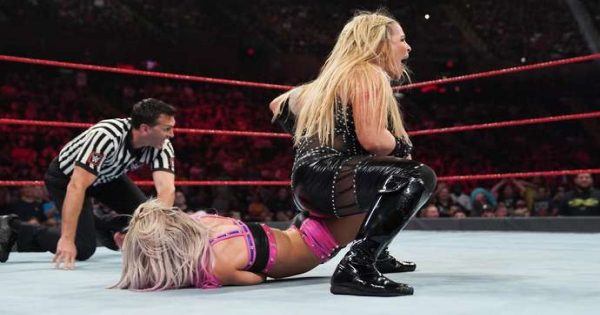 One of the changes that has happened in the wrestling landscape is that there are much less “casual” fans; these are the fans that only turn up for pay-per-views or big events. In fact, the majority are now die-hard wrestling fans, who know more about the technical aspect of wrestling and how things work backstage. Unfortunately, the WWE has not been able to respond to that change in fan base, which has led to a considerable loss in viewership.

While Alexa Bliss has a point about disrespect, it is not down to the wrestlers in my personal opinion. There is a wider problem that must be addressed in order to keep fans interested.