RAW In A Nutshell: Does A Beastly Cash-In Lay Ahead

It's not every RAW where we are promised a Money In The Bank cash-in. Called shots don't happen often, but we seem to be getting one tonight.

Hello there folks! This week’s Nutshells will be coming at you from the left coast, which is interesting for me as the the sun is still out when the show is over! And what a show we have coming at us tonight (or, when you read it, Tuesday morning in review). Several big bits-first, Super Showdown is this Friday, so it’s going to be a heavy dose of hype for that (you hope). It’s why we have The Undertaker on RAW. Then, of course, there’s the big one. It was announced toward the end of last week that Brock Lesnar was going to use his briefcase, so quickly after it dawned on him that he had a year in which to redeem it. That’s right folks, a Beastly cash-in lies ahead…probably. Let’s crack open this Nutshell and find out!

I liked the six man tag. I do think it was top two matches, the other one that I really liked being Cesaro and Ricochet. 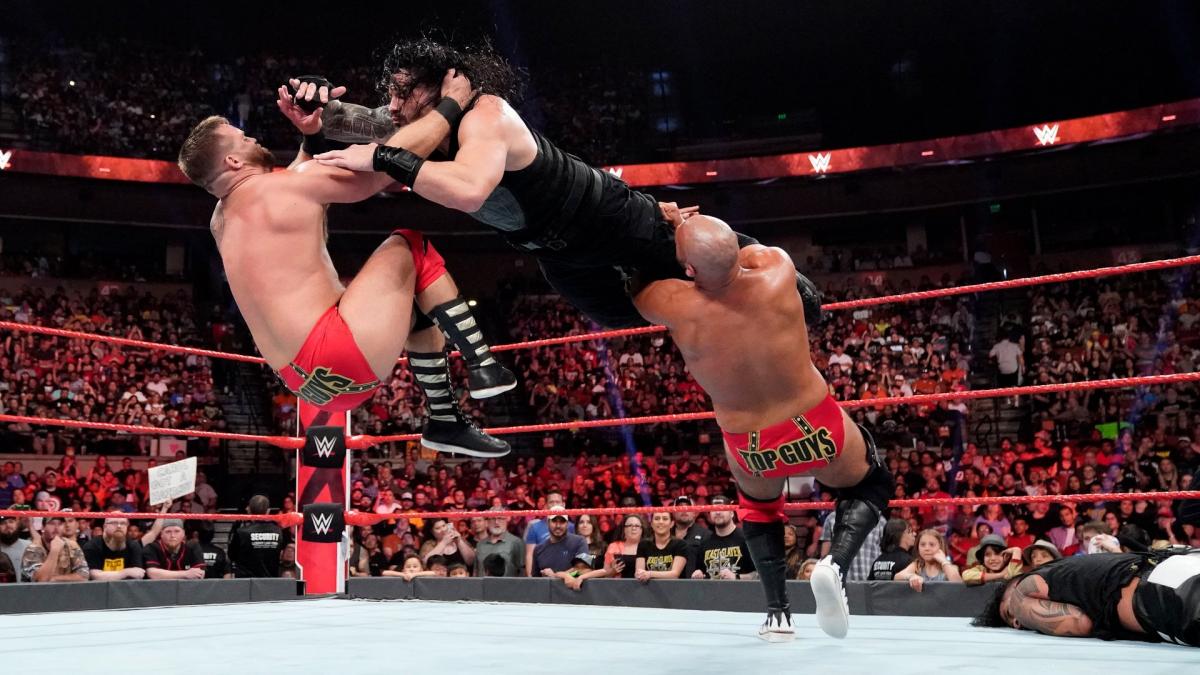 Charlotte and Lacey Evans was not good. Nicest way to put it, to be frank. 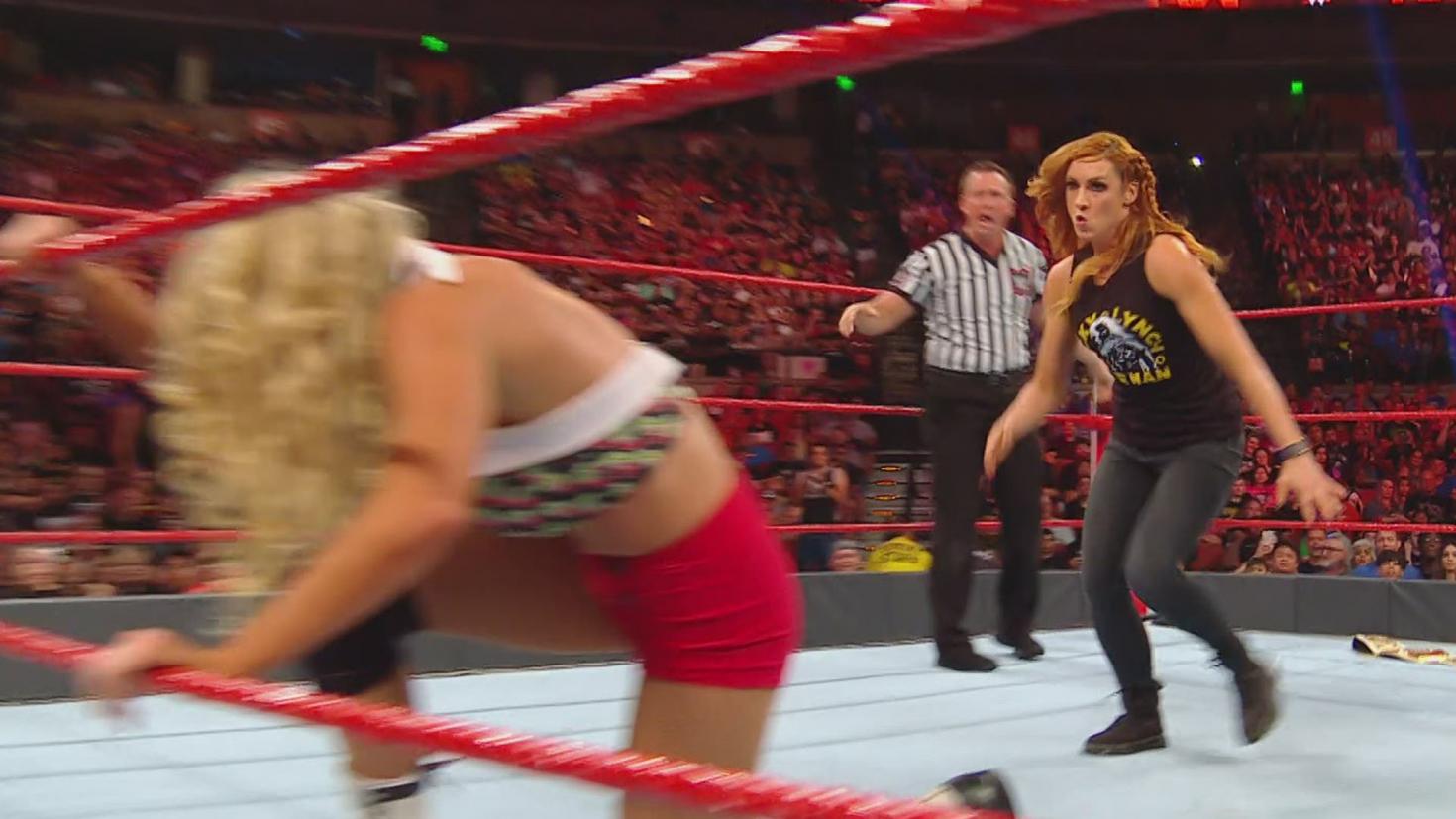 Not going to assign it tonight. Just wasn’t feeling anyone doing star duty.

I will give it to the Brock beating on Seth…it wasn’t bad…and there wasn’t anything else the rest of the show. 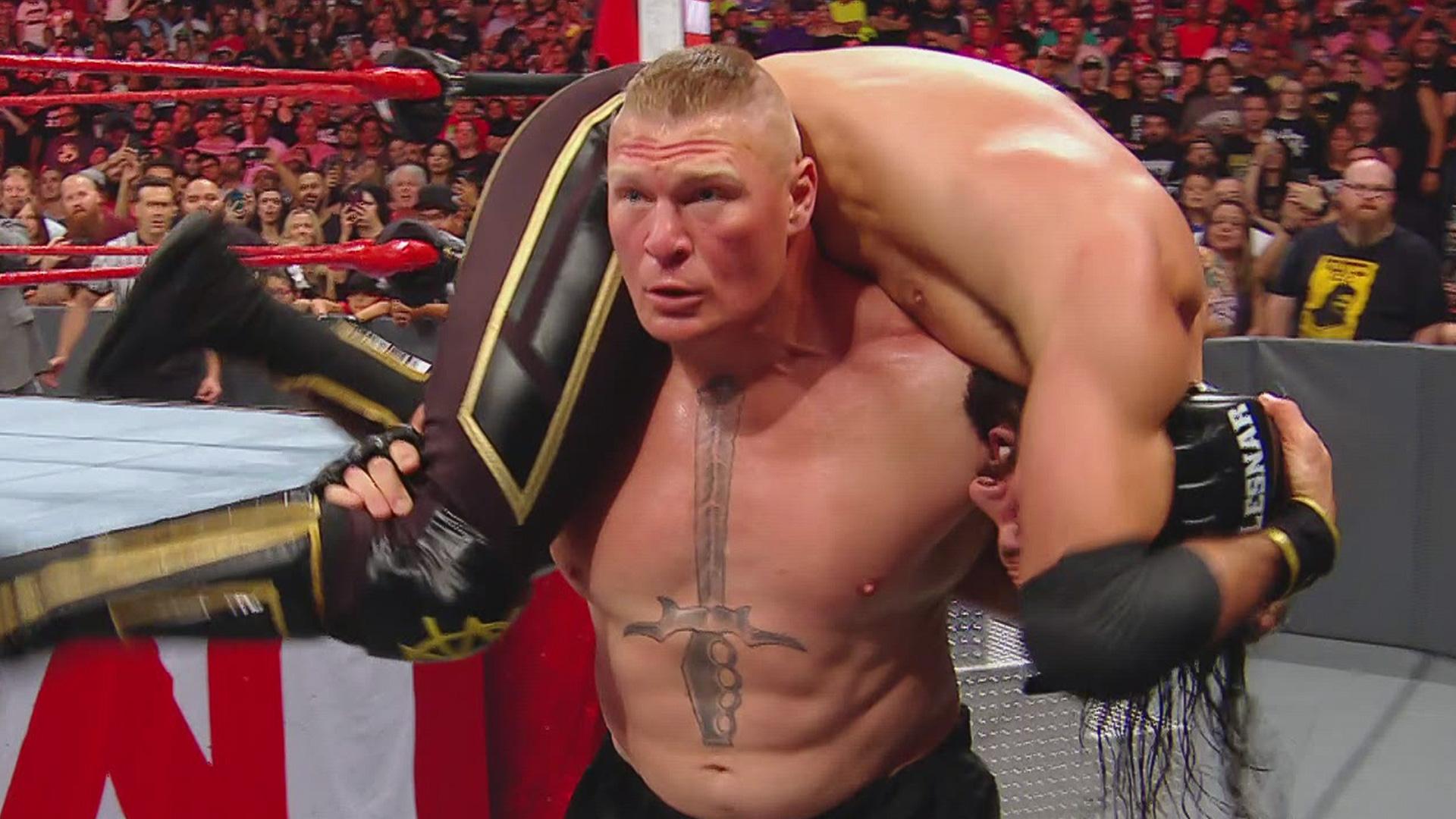 Normally this would go to Lucha House Party, but they actually got some offense in. They shouldn’t have, but they did.

Upset of the night

That would be most fans, who were told for a few days that Brock Lesnar would absolutely be cashing in his briefcase tonight. It was teased tonight, but instead we got a Lesnar beat down on Rollins-the perfect recipe FOR a cash in…but no cash in. Just Brock telling him “Friday, Friday, Friday”. 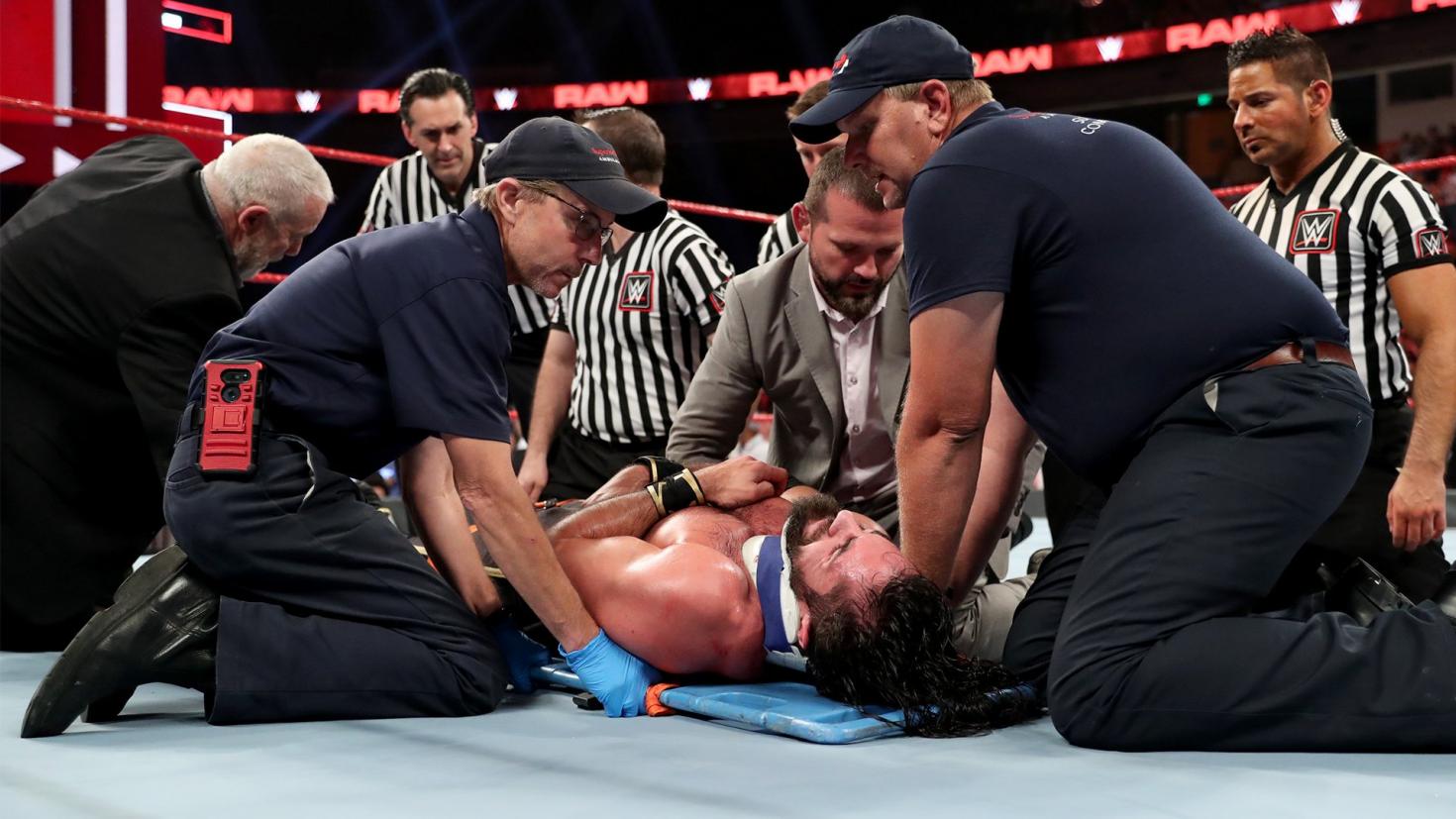 Can’t say I am too surprised that WWE swerved us. I have this funny feeling that we will eventually learn that one of the Saudi royalties paid a ton of money to WWE to get a cash in during their Jeddah event.

Botch of the night

The arm wrestling contest was far from clean. And far from needed. 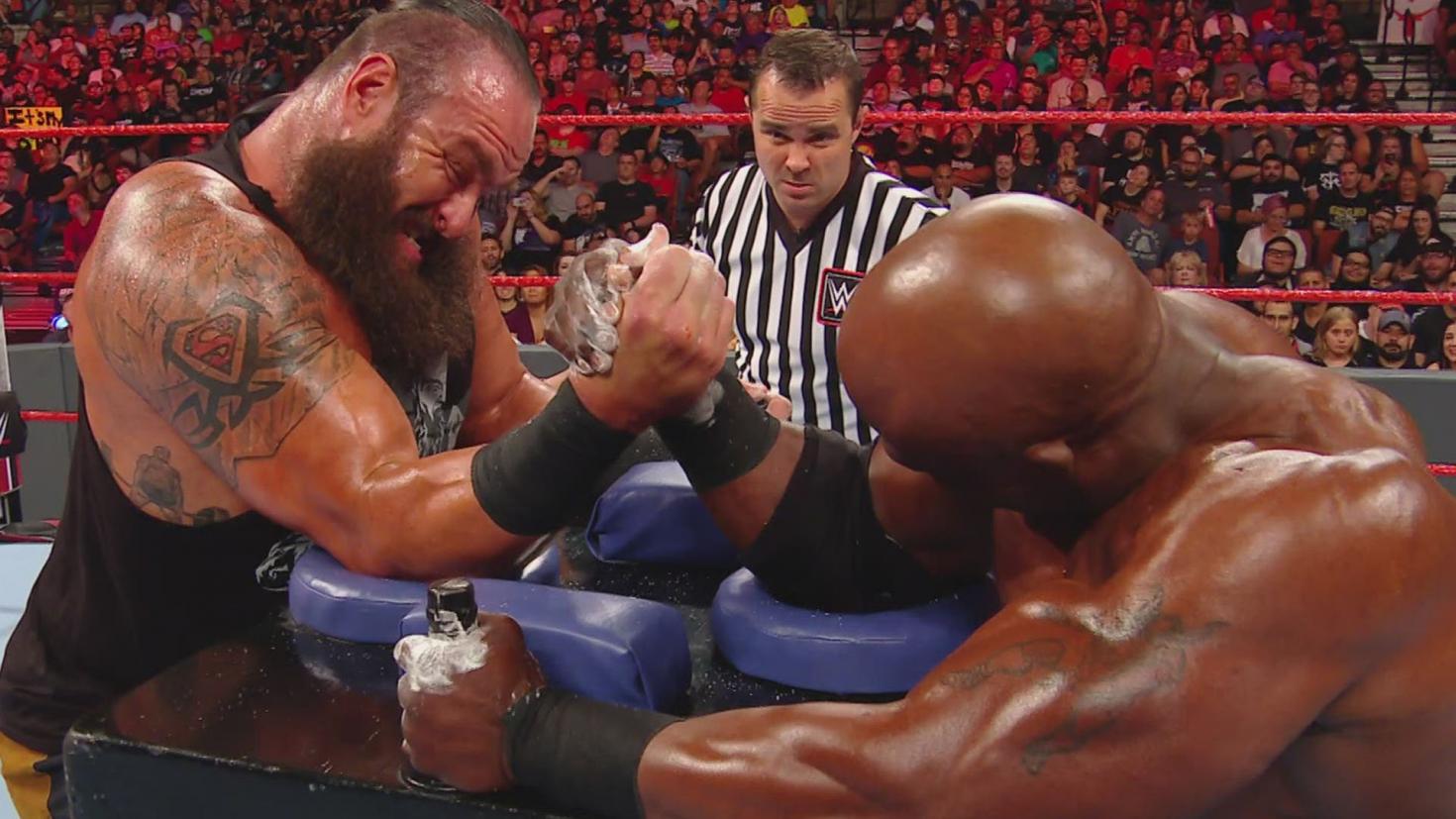 Mysterio, as previously announced, relinquished his United States Championship. He also got beat down as a result. 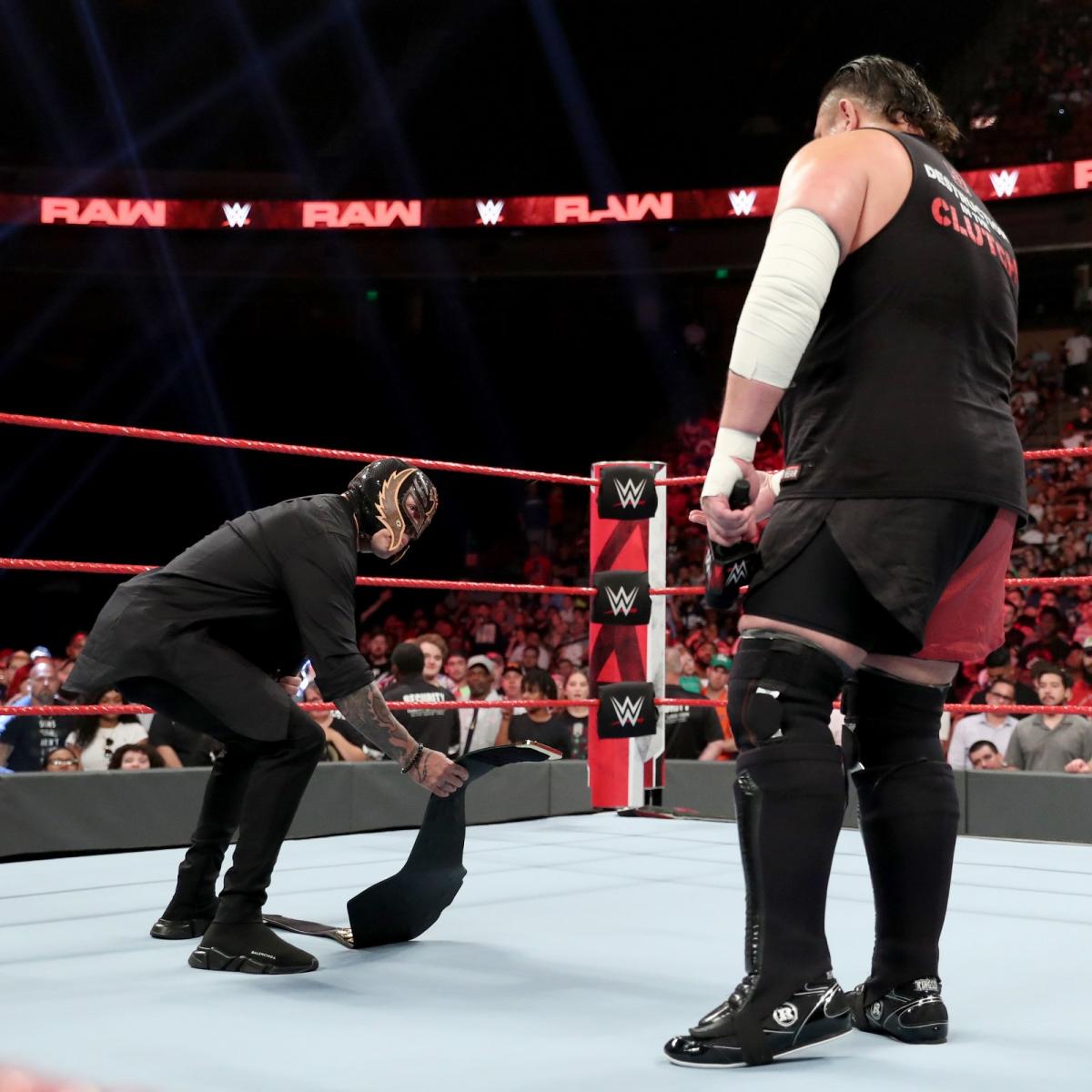 The Revival got TV time that was in no way demeaning of them. No back shaving, nothing. Sure, it was the opening bout, but it was involved with Shane and Drew-top stars for the Top Guys.

While the parts involved are intriguing, tonight’s mix of Becy, Lacy and Charlotte was really off

And I can’t remember the last time they used arm wrestling and it was worthwhile.

Trotting The Undertaker out now is really getting kinda painful. Sure, fans pop for the music and the entrance and all,..but that does not make him a Superstar worth seeing now 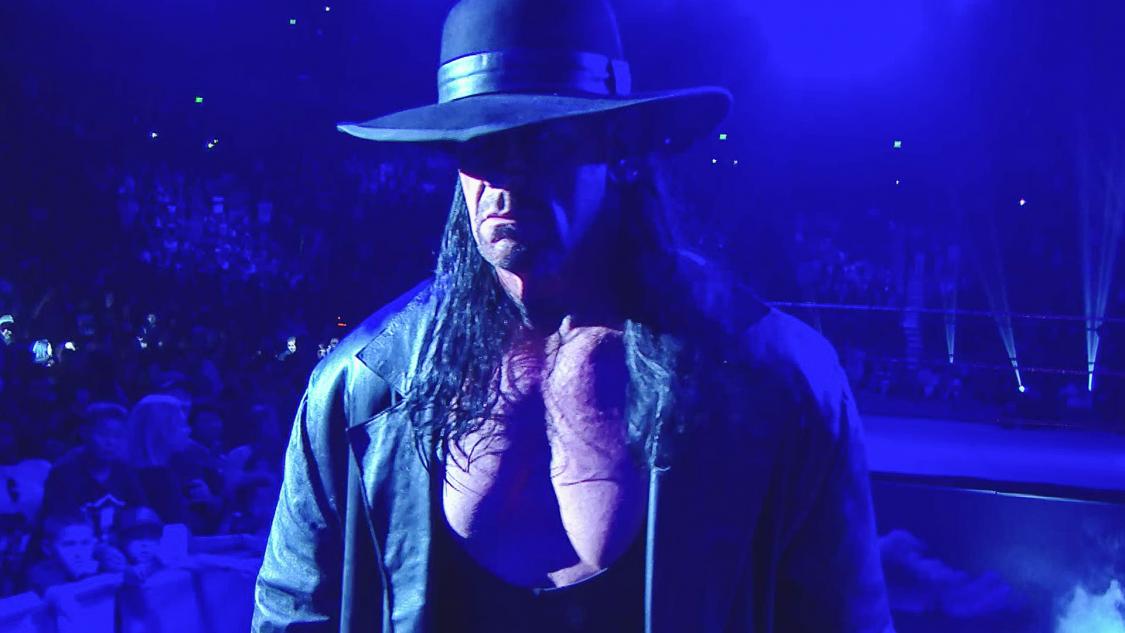 Advertising-for several days-that we’d get a cash in tonight. And we did not get a cash in. Swerves happen, but the way that went down just…I can’t see it going over well with many fans.

Ricochet and Cesaro have worked a few good weeks together. I like Cesaro working his way into the singles world again, and it will be interesting to watch.

Joe and Rey have what is probably an under-rated feud going. I think adding the son to it makes it less significant. I mean, Dom is not a credible opponent for Mojo at this point…he’s certainly not qualified to battle Samoa Joe

Wow…THAT was a go-home show?!?

Sure, we had hype for Jeddah, including a rare appearance by The Undertaker. Orton and Hunter had a nice exchange. But this one just didn’t measure up to the better and more recent g0-home shows.

I think at least part of the issue is there isn’t a ton of excitement around Lesnar, for one. For another, WWE has started to promote Stomping Ground while also hyping Super Showdown. That never works out.