European Talent Fighting For Their Spot On WWE NXT UK!

NXT UK is recruiting new wrestlers, which means a lot of European talent is currently fighting for a shot at infamy on NXT UK!

NXT UK is searching for new people to add to the roster, and this has attracted some interesting people from the indie circuit. The company seems to be focussing heavily on new female competitors, which will be overviewed by William Regal, the Head of Global Recruiting.

But which women are most likely to gain a permanent spot on NXT UK. With NXT UK flourishing, here are some of our favourites.

The Top Favourite For NXT UK – Karen Glennon A.K.A. Martina 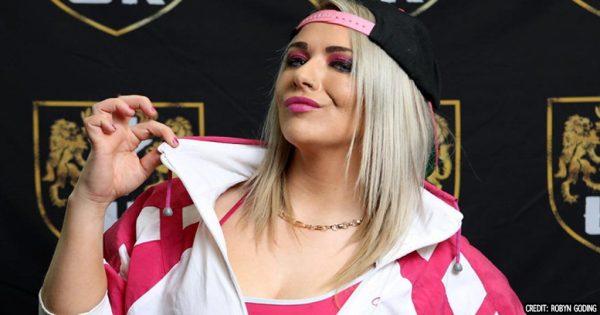 Karen is one of the veterans in the line-up. She is a titleholder in Schotland and has wrestled in the U.S., Japan, and the United Kingdom. Being 28-years-old, she is one of the older attendees. That being said, she does have a lot of experience that the other girls do not have. The perfect pick for the NXT UK women’s division. 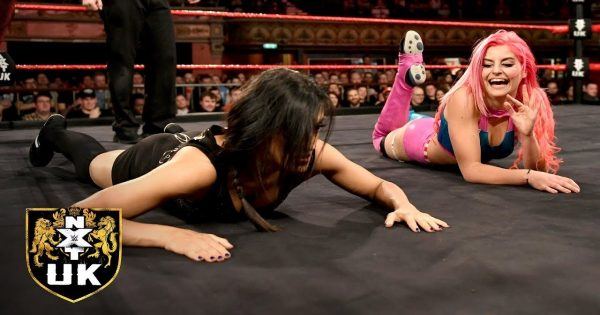 This is one of my personal favourites. Even though she is only 19 years old, she has already been featured on NXT UK a number of times. She impressed me for a number of reasons. Firstly, she stands out considerably from all the other female wrestlers in the UK. Secondly, she put on an amazing match despite being only 19. Candy Floss would be a massive gain for the company.

Bethany Jefferson will be one to watch as well. She has been wrestling for six years under the name Shax and is a student of the WAW Academy in Norwich. Now, this name might ring a bell, as this is the name of the Saraya & Ricky Knight wrestling school a.k.a. the parents of WWE superstar Paige. If you want to little more about them, be sure to catch Fighting with My Family.

While this could be an unlikely pick from the lineup, I do think this one may be a dark horse. Heather only started training at a wrestling academy last year, but she is also a professional bodybuilder and bikini model. Alexa Bliss started in a similar way, so maybe we should not discount this one.

At this time, we have limited photographs for the tryout session at NXT UK. As the situation develops, we will keep you posted with more details and photographs of the attendees.