The match between Dean Ambrose and Brock Lesnar will live in imphamy, and not for the right reasons. Now, Dean has revealed more details about it!

Since heading back to the indies, Dean Ambrose transformed himself into his old indie character Jon Moxley. Being away from the WWE has also given him a platform to state his true opinion on things; this includes the match between himself and Brock Lesnar, which has often been referred as one of the worst matches in the past ten years. Curious what Dean had to say? 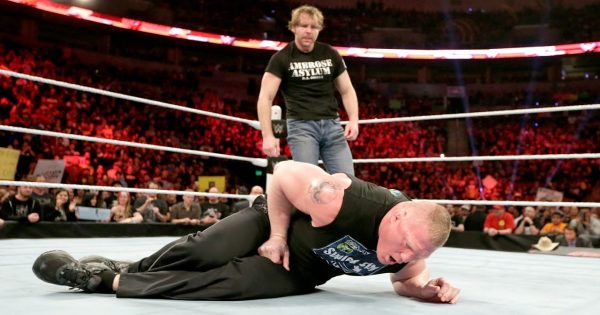 According to Give Me Sport, Ambrose has made some strong statements about Brock Lesnar. The former WWE wrestler made it quite clear in his statements, Brock Lesnar cares little for the business and could be ruining the company.

The beef between Lesnar and Ambrose dates back to a No Holds Barred Match at WrestleMania. It was a highly anticipated match that should have been one of the highlights of the year, but according to Ambrose, Lesnar’s unwillingness to work on the match beforehand proved to be the downfall.

In the past, Ambrose has stated that Lesnar had zero interest in making the match special. Moxley now states that Lesnar said the following:

“I mean, I don’t think we need all that stuff. I mean, all that extra gimmicks and stuff. It’s just a simple story. I mean look, you go to Suplex City, you get your hands on a weapon and make a comeback.”

Ambrose did state that his match with Lesnar was supposed to be a dream match. Then, things changed on the day of the match.

“Like I’m saying, the match happened because of the vibe I put out. So day of the show, he doesn’t show up until like 3pm. We haven’t talked about any of this match, the show starts at 5pm, we’re like fourth. He’s not really interested and doesn’t wanna be there – and this is the most important match of my life.”

“I was like, ‘Dude, we have the opportunity, we have a Street Fight. We can do anything. I’ll take any bump you want. Literally I’m begging you to f*****g choke me. Please, powerbomb me into thumbtacks a hundred times.’ And he said: ‘Oh, we don’t need all that.’ Like, he did not have the mentality of trying to steal the show at all. Did not give a s**t.”

From Dean Ambrose To Jon Moxley 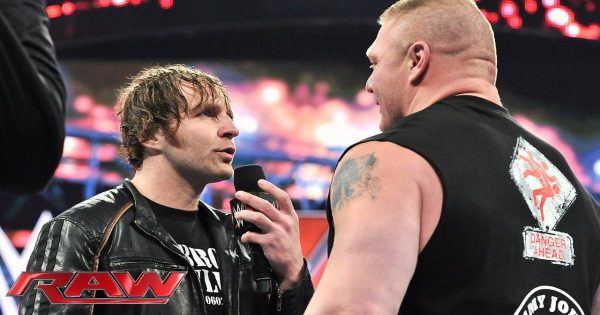 As you may know already, Ambrose is currently signed with AEW and has transformed himself into Jon Moxley. He made his debut in AEW recently and has already struck gold within the company. He was even featured in the first AEW pay-per-view, Double Or Nothing. Right alongside Chris Jericho, who is now a spokesperson and wrestler for AEW, he has been quite vocal about his WWE past and the things that are wrong with the company. If I were the WWE – especially with the rumors currently going around – I would be listening and make some changes!