Dean Ambrose has officially rebranded himself. The former WWE Champion and superstar is now going by his old name, Jon Moxley.

Dean Ambrose has officially rebranded himself. The turnaround came on social media, where he changed his official wrestling name from Dean Ambrose to Jon Moxley, his old indie name. Here’s the story.

With Dean Ambrose officially leaving his WWE monicker behind and taking back his old wrestling name Jon Moxley, there is a lot of speculation that he is indeed leaving for AEW. As you may know, the name Ambrose is undoubtedly trademarked by the WWE, which means he might not be able to use the name Dean Ambrose in the indies.

With the name change, Jon Moxley also released quite a promo on his social media. With zero references to the WWE, but quite a well-produced promotional video, one does have to wonder if Moxley paid for his on his own dime or if there is a certain indie promotion who made the promo for him.

Based on the video, the character of Jon Moxley aligns with that of a hardcore wrestler, aligned with characters such as Terry Funk and Mick Foley. If AEW indeed has an interest in obtaining Moxley, we are sure he could headline and put a lot of proverbial asses in seats. 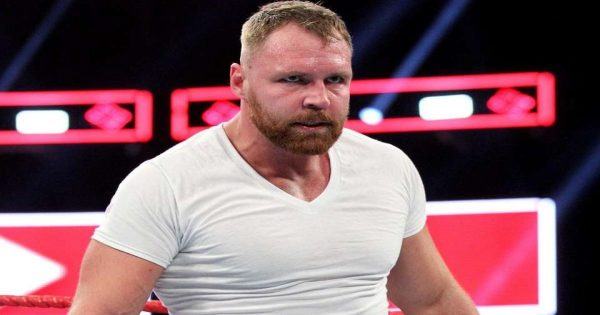 One never knows with the WWE, especially considering the weird “farewell” segments involving Ambrose before his departure. Some fans believe that Ambrose has not left the WWE, but is simply receiving a rebrand.

There are several things that do not add up. Ever since Dean announced his departure from the WWE, the company has not hidden the fact that he was leaving the company. In fact, he got more exposure before his departure than he did when he was an active wrestler. It leaves many people wondering if they are being swerved, and I cannot say I blame them.

When a wrestler wants to leave WWE, or make their intentions clear in that regard, the last thing the company does is provide them with more exposure. Remember Neville and the months of radio silence preceding his departure? Or the recent incidents with Sasha Banks, which have been kept under wraps quite tightly. So, why would the WWE provide so much exposure for Ambrose days before he is set to leave? It does not make sense from a business perspective.

Whatever happens in the future, I am curious to see where this goes. Ambrose is certainly a talented wrestler, but nobody can deny that his recent WWE stint was far from perfect. If he is heading to the indies, I hope he gets the creative freedom to put on the stories he sees. The promo is promising and I am quite interested to see where he will take his former Jon Moxley character. I hope some clarity comes soon, as the speculation and the wait is agonising for many fans.

What do you think will happen to Moxley?