SmackDown In A Nutshell: A Wild Night Indeed!

A couple shows before Super Showdown, you kind of hope for an eventful show...and we are still waiting. Perhaps next week?

Hello again faithful readers! It’s Tuesday night on the east coast of the United States as I type this one up, preparing to give you something enjoyable to read early on Wednesday-or whenever it is you get around to it. It was a wild night indeed, not just for the happenings in the ring. Nope, I got to watch SmackDown while also keeping an eye on the weather and the news, as I spent most of the show in a tornado warning. But, that’s over and done with, so now’s as good a time as any to dive in to the two hours of blue brand fun. There’s only a couple more shows till Super Showdown, and plenty left to hype. Let’s crack open this Nutshell and get right down to it! 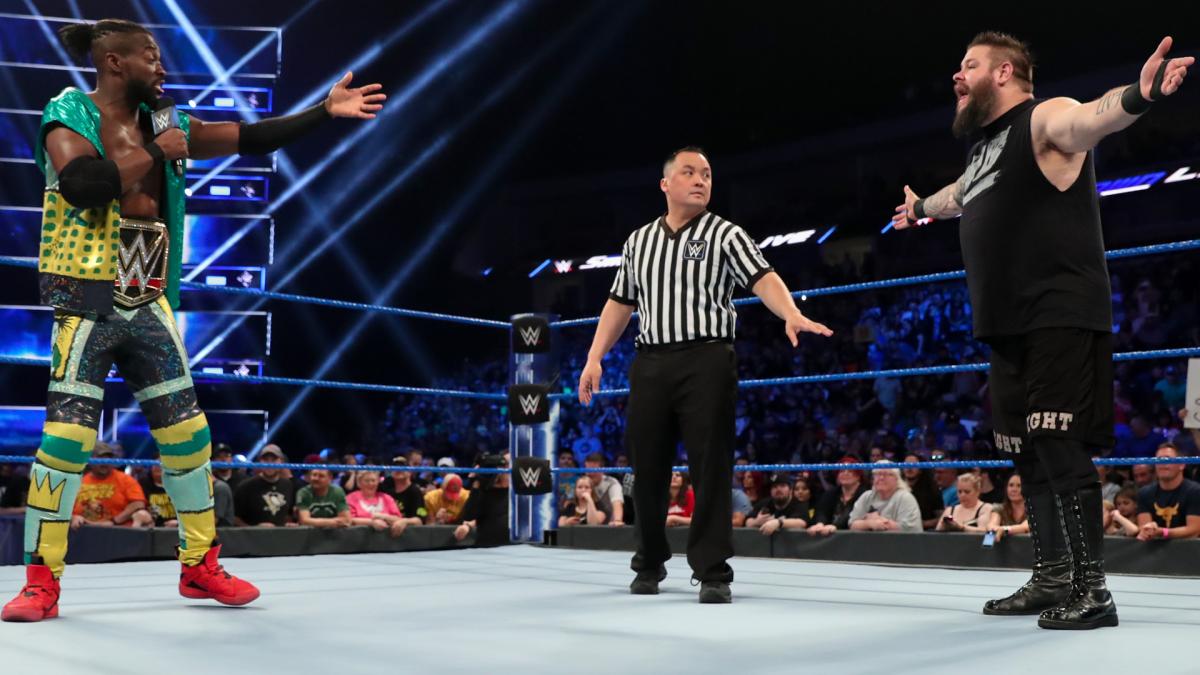 The best had to be Kofi Kingston and Kevin Owens. Very good match that actually opened the show, at least as far as wrestling action was concerned.

It’s nice that we got this match now, because we were supposed to get it at the Saudi Arabia show, but Kevin Owens doesn’t want to go to Jeddah-so we got it a week early.

So much to complain about here…

First, there weren’t many matches. That’s something WWE needs to correct…both shows this week suffered from a wrestling deficiency. That’s a funny thing, really…fans tune in to wrestling shows to see…wrestling.

Beyond that criticism, I will say that the bulk of the 24/7 stuff was repetitive and tired already (hey, WWE…NO ONE was asking for that. No one said that was what would fix WWE). Also, Carmella against Mandy Rose was just…disappointing. Don’t give me Mandy as a cover girl and then have her work a super short match. Heaven forbid we build her up a bit. 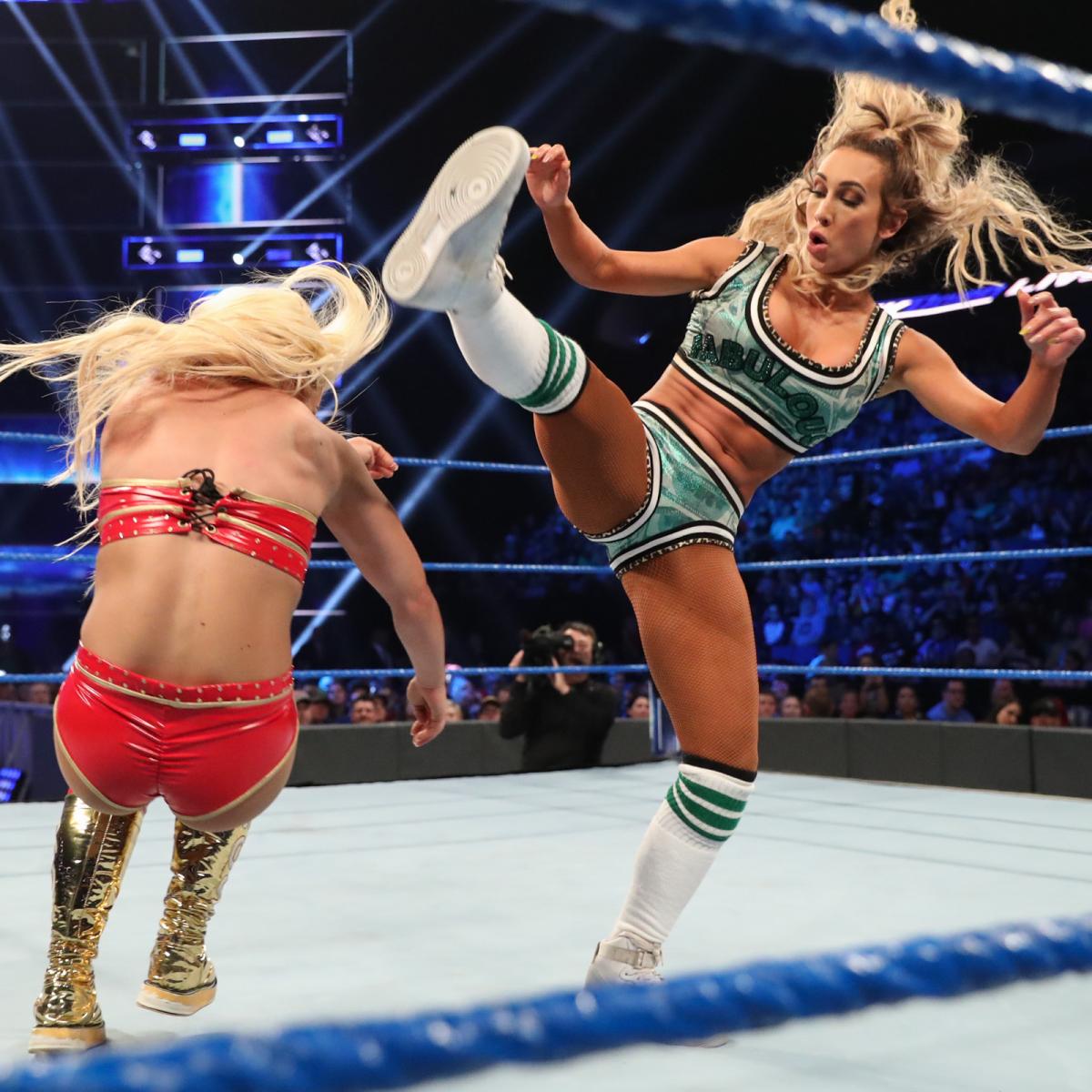 Folks, I have nothing. As I mentioned in the intro, I was distracted with weather alerts, so while I watched, the sound was down and I just did not catch any good chants, if there were any.

I will give credit to a few people here.

Kofi excelled again. He gets more and more comfortable as champion with each passing day, or so it seems.

And I begrudgingly have to give a nod to R-Truth. The man did both successfully defend and regain his 24/7 Championship, after all. 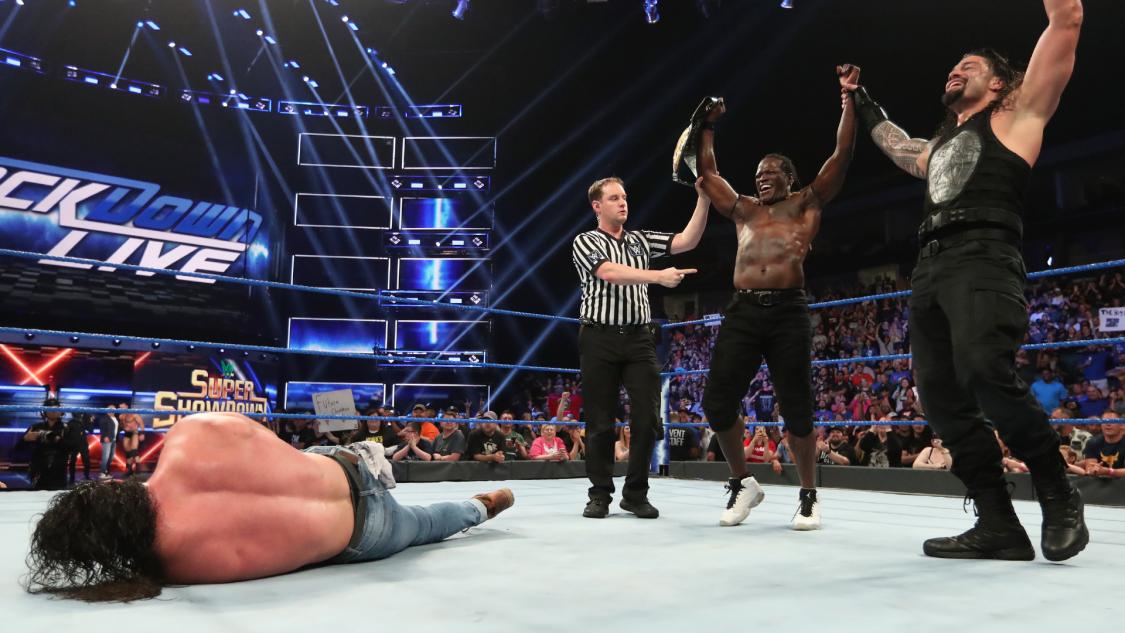 Truth getting the title back from Elias? Maybe?

Not much, really. I guess sort of one was Elias, of all people, winning the 24/7 Championship. I sort of expected Shane to go for it, to be frank. 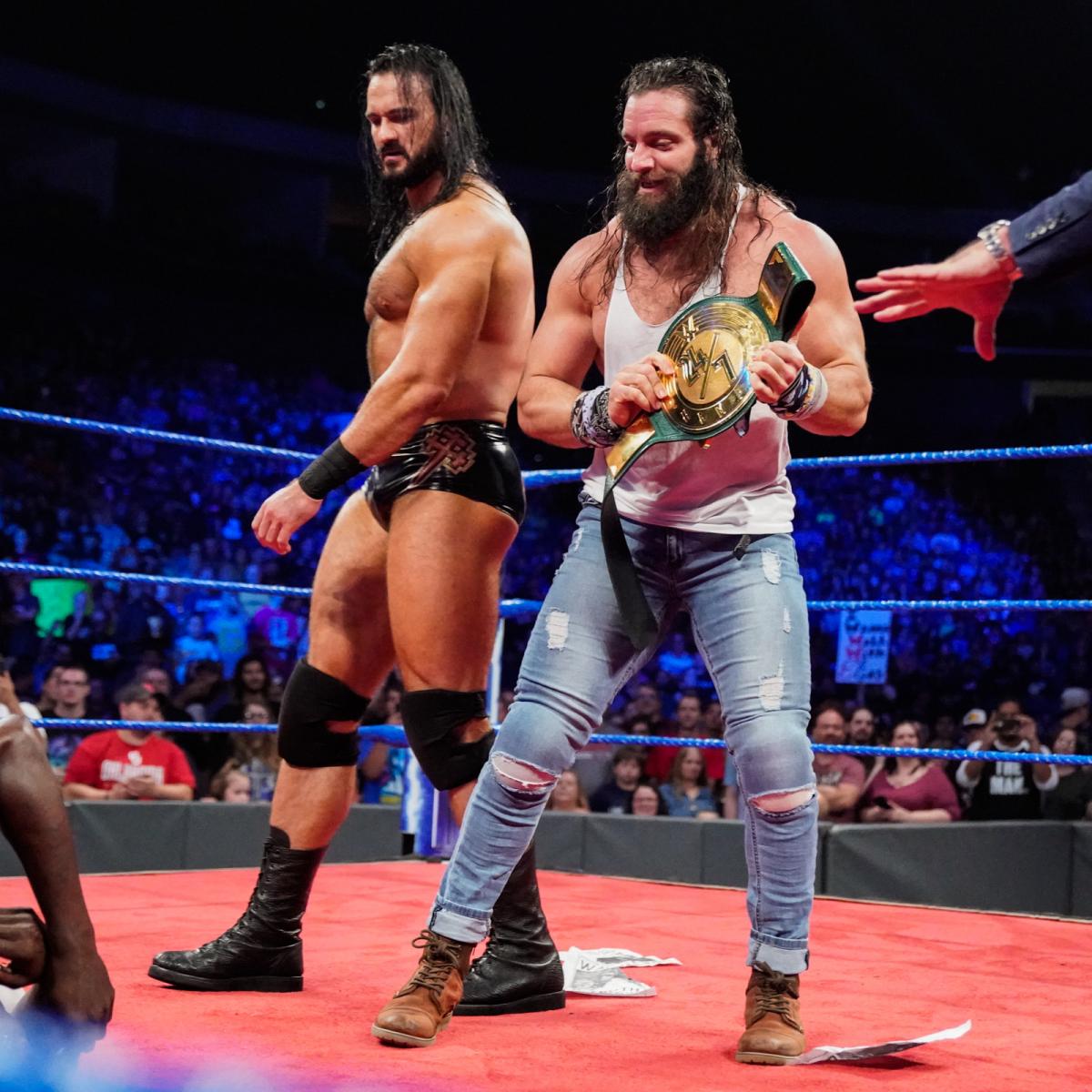 Not always a good LOL, but the 24/7 Championship tends to be good for some.

Well, we had our first significant title holder for the 24/7 Championship. R-Truth came to the ring and interrupted a segment with Shane McMahon, Elias and Drew McIntyre. Truth defended his title against Drake Maverick, but then got obliterated by the trio, and pinned by Elias. 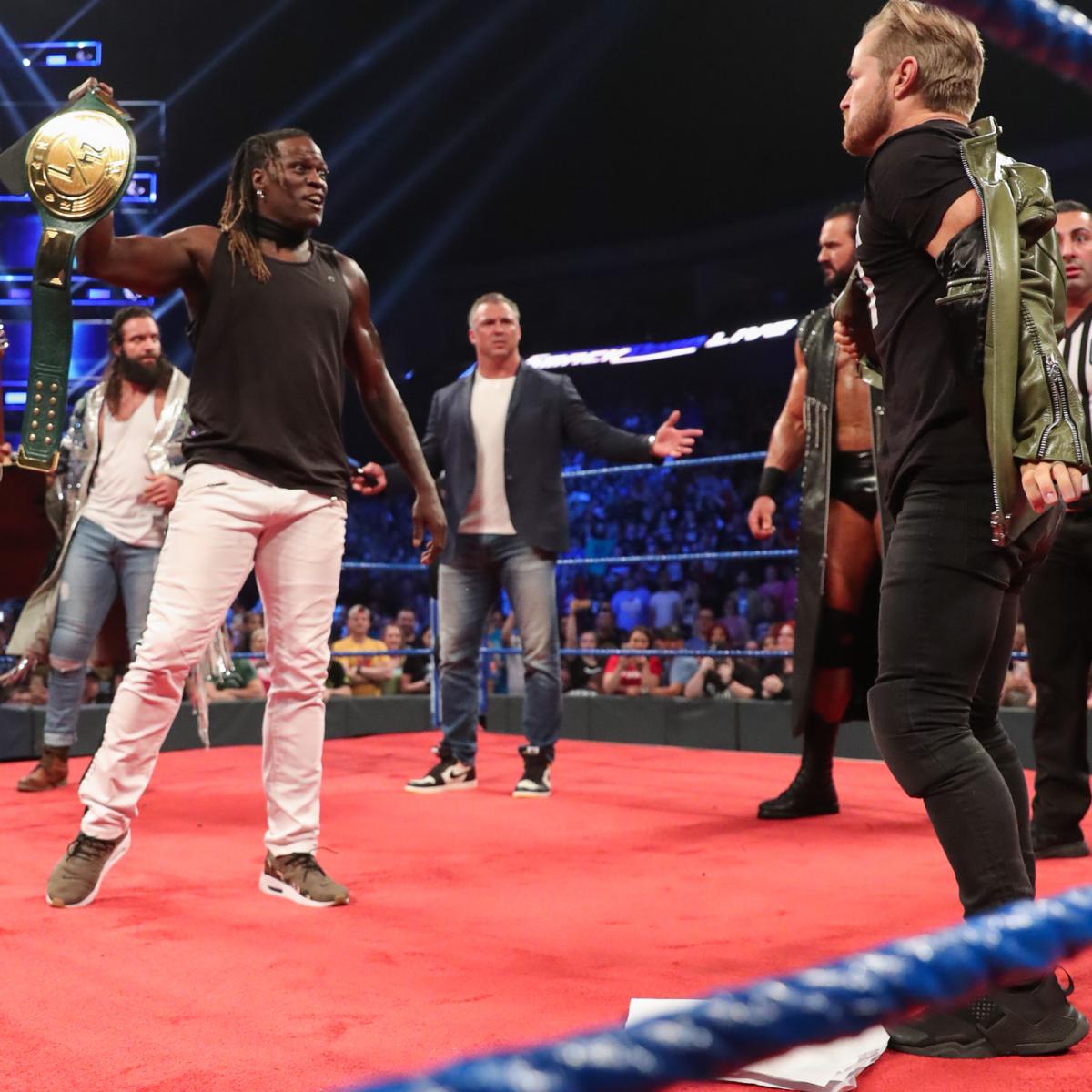 Shane then put Truth in a tag match with Roman Reigns, against McIntyre and Elias…and was kind enough to suspend the 24/7 rules of the 24/7 belt, so that Elias could focus on the tag match. 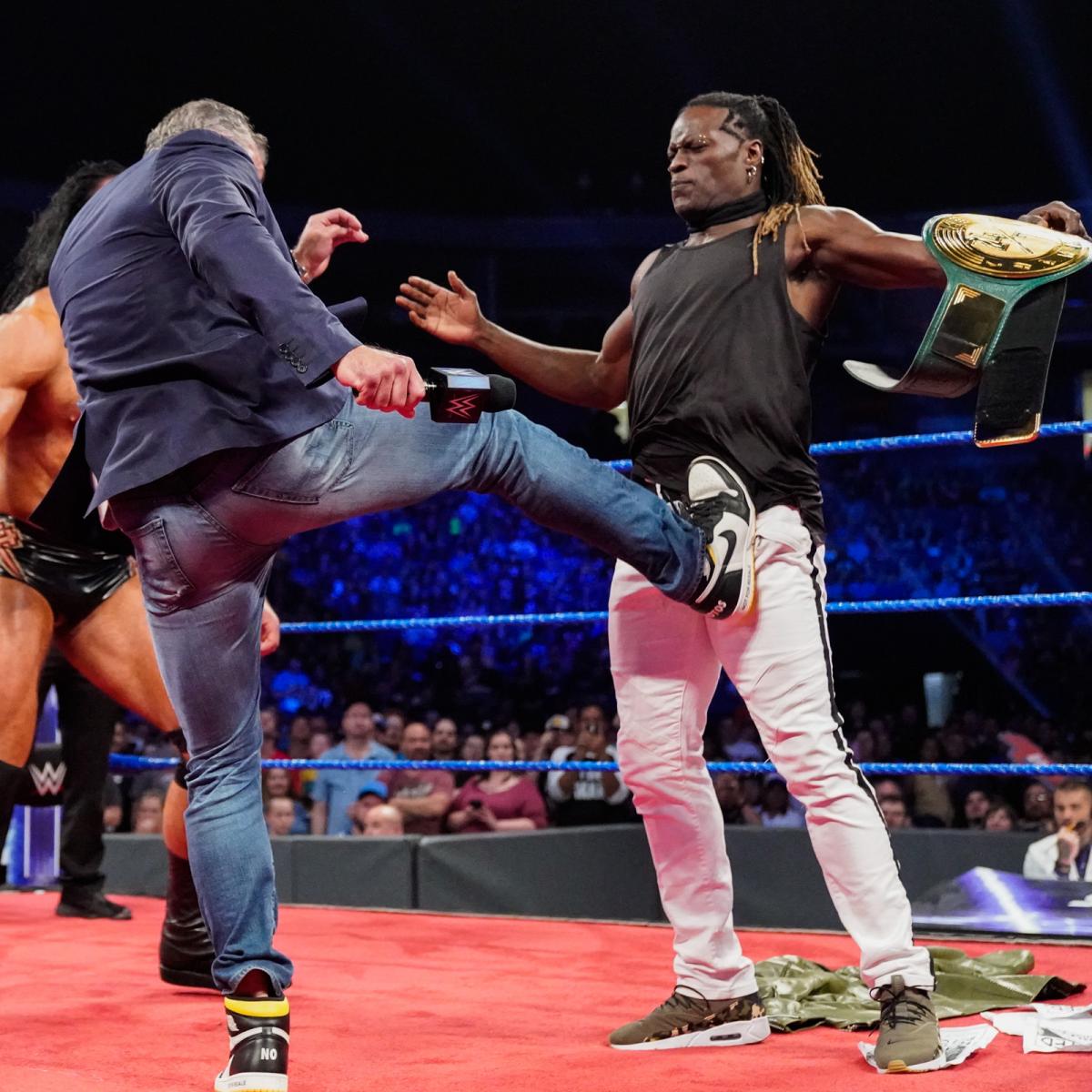 Of course, once the match was over, the rules were in play…and Truth took advantage to become the first ever 2 time 24/7 Champion.

Looks like Heavy Machinery could be getting used soon… 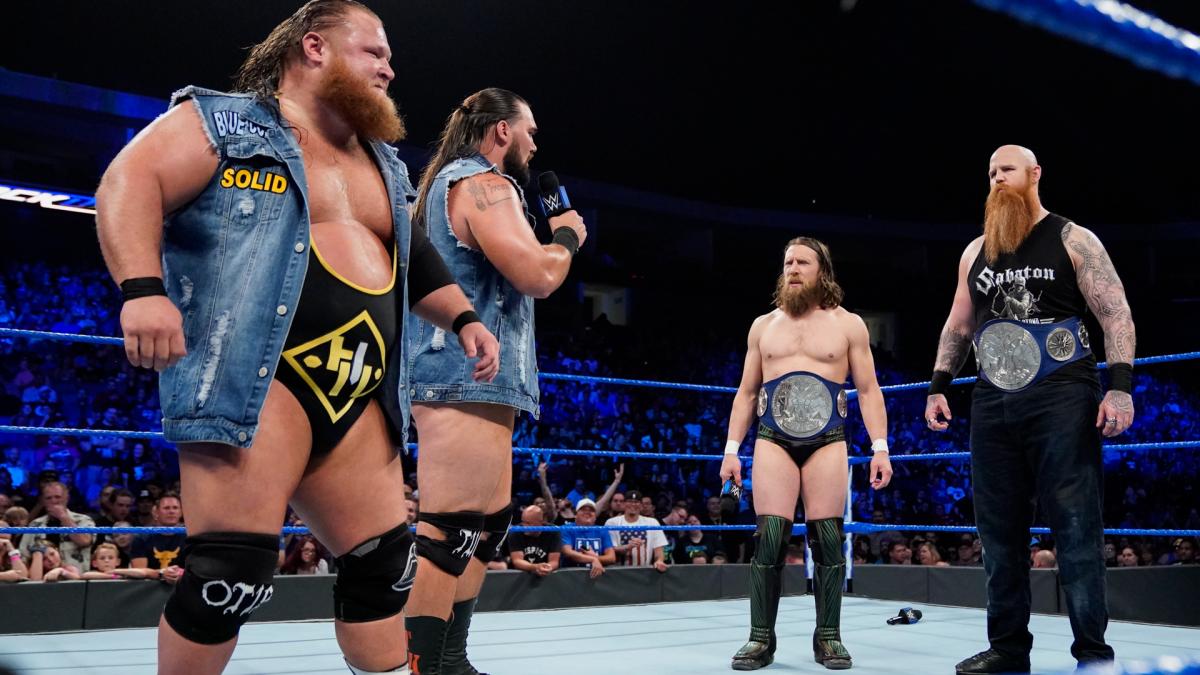 If these were shown last night during RAW, I missed them and I apologize…but we now have confirmation that The Undertaker will be on RAW next week to hype his match and boost sagging ratings (I have to think there’s at least a remote chance for Goldberg too, no?). Also, Lars Sullivan gets his first actual match, against Lucha House Party, at Super Showdown.

Really expected that there would be more build for Super Showdown, but there was not as much as I think we should have gotten.

The lack of wrestling is disturbing. That’s not a new observation, mind you, but it’s worrying all the same. Some talk segments are fine, sure, especially when they are well executed and drive story lines. That hasn’t been what we’ve been getting.

Truth does his best to carry the 24/7 Championship

I suppose what I could say is…this should could have and should have been so much more. Fans don’t want to keep watching, week after week, when we get one decent to great match, and the rest are forgettable matches.