Should We Expect Any WrestleMania Surprises?

Sunday gives us WrestleMania. It's going to be a long show. Every year we get some surprises...what might WWE have for us this year?

Sunday is WrestleMania. Something fans have become accustomed to is getting some WrestleMania surprises. Considering the length of the show, the question really isn’t if there will be surprises, but more like how many surprises we might just get. So, in anticipation of the Showcase of The Immortals on Sunday, let’s look at some surprises we are expecting, and some we are hoping for.

This is basically being telegraphed. Nothing has been announced, but nothing has to be. WWE has been having Elias’ performances get cut off for months now. Announcing he won’t be wrestling, but will be performing on Sunday? That’s a dead giveaway for something we won’t want to miss.

So what are the choices? For me, I have a few. The easiest one is probably John Cena. He’s musically inclined, he likes to make the fans happy, and it’s a simple way to involve him without prior hype. He is reportedly in New York City this weekend, so it is possible.

Another person reported in the area, who is known for brief interruptions at prior ‘Manias? Kane. I don’t think it’s likely that either he or his storyline brother The Undertaker cut off Elias, however.

The one I think most of us want to see is The Rock, but that would be a very likely longshot.

The long-off-television Bray Wyatt would probably make the most sense, if only because it could lead to a bigger program.

What will we probably end up with? Well, The Honky Tonk Man is going into the Hall of Fame the night before…

Speaking of The Dead Man…

We have heard nothing about The Undertaker…though he’s booked for the June KSA show. Until he’s like, 100% officially retired, however, it would just not be WrestleMania without him. Could he show up? Possibly. Would it be awesome? Of course.

However, with no match booked, it could end up being as pointless as all those Lacey Evans appearances over the last couple months…so we shall see.

Might be cool to see the ring filled for the Andre Battle Royal, and just when we think everyone is in…gong….

Cool, yes. But I wouldn’t hold my breath.

Well, he did retire from the NFL. And he’s already worked one WrestleMania. Having him as a surprising entrant into the Andre Battle Royal seems remotely possible…but I am not otherwise spending much time wondering or hoping for this one.

Will Angle get help?

One rumbling we’ve heard was that WWE was surprised how much fans hated the Corbin pairing. One rumor was that WWE could convert this into a tag match. So far, no indication of that.

That’s not to say we couldn’t see someone come to Angle’s aid, to ensure the former RAW GM exits on a winning note.

Will Rey work, and will his son get involved? 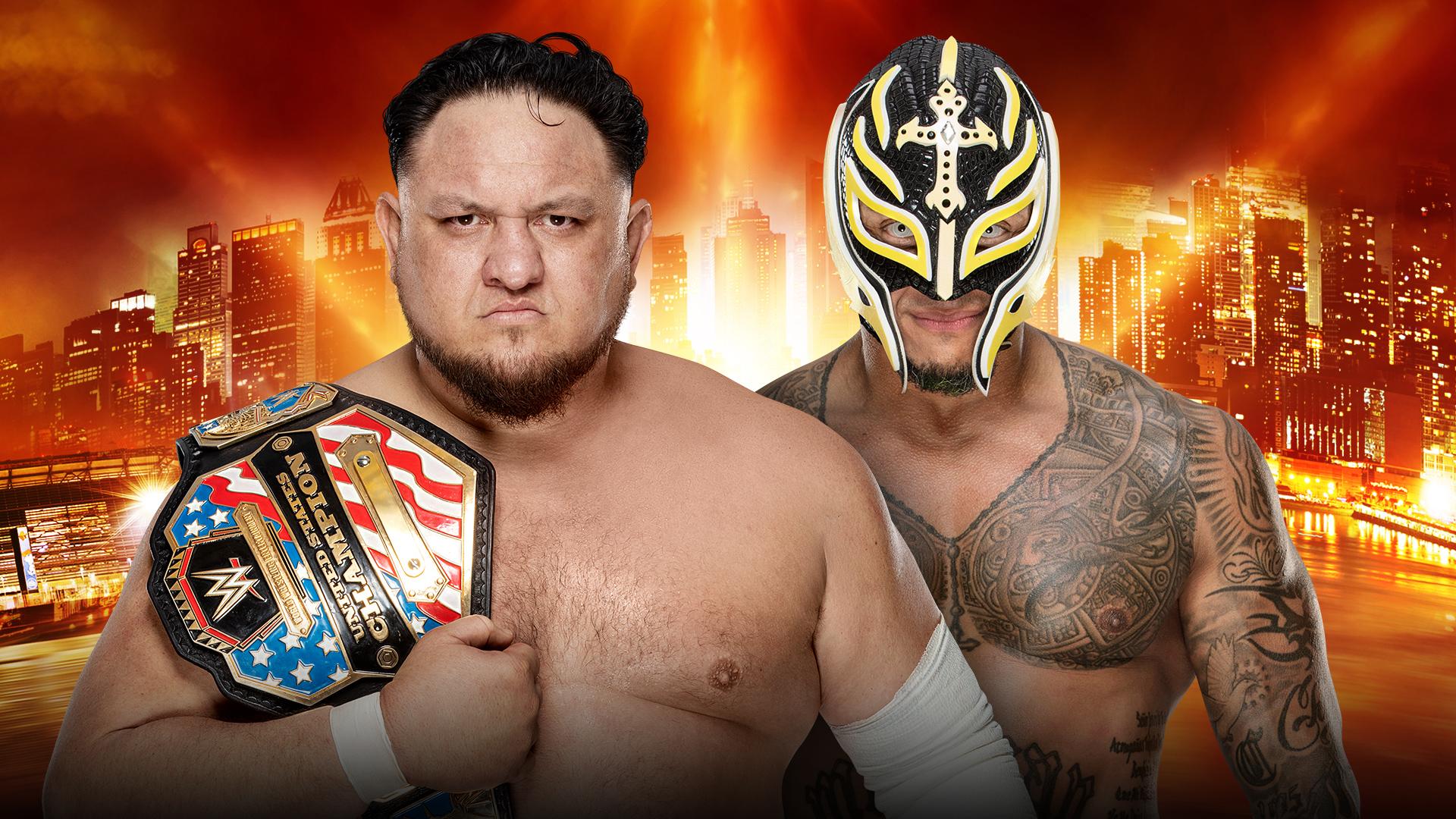 WWE was making a big deal about Rey’s son being at ringside for his United States Championship match. Too much of a deal for nothing to happen. And, with WWE announcing Mysterio has an ankle injury, this one is one to watch.

Dean Ambrose and his Curtain Call?

I think we all want to see him stick around (or, at least, most of us do).

According to reports post-RAW this week, it sure felt like Ambrose gave his farewell to the crowd. WWE has tried to re-sign him, but so far no luck. However, during that farewell, he did gesture to the WrestleMania sign…or at least appear to.

With former Shield mates in big matches on Sunday, he could end up helping one or both out. It’s not impossible. He could do something as easy as cutting off Elias, as he’s done it before.

Or, he could be missing in action…

Will we see The Freak

If we don’t get a Lars Sullivan debut Sunday, I’d be shocked if we don’t see him on RAW or SmackDown next week, to be honest.

Yes, I understand he had some reported mental health issues, which are apparently handled. But consider this, just for a moment…in the last six months, NXT lost a bunch of talent of varying talent levels. Some, like Tommaso Ciampa, are now off for a while due to injury. Others, like Johnny Gargano, could be going back to NXT. And then there is Lars. What if he could have appeared sooner, once the health got sorted, but WWE realized that, having graduated Aleister Black and Ricochet, that they needed someone to make an impact on Monday or Tuesday after WrestleMania?

Sullivan could be that guy. So I don’t know if we see him Sunday, but I expect by this time next week, we will have seen him.

We’ve heard Hulk Hogan confirmed for the show, though we do not know in what capacity.

We also know that, with the Hall of Fame, we have guys like Bret Hart and D-Generation X in town. I figure for this batch at least, the most we will get would be the obligatory Hall of Fame acknowledgement during the main show.

No word on whether Steve Austin would show up…he’d be a fun one to cut off Elias, but he’s been fairly quiet of late, so I see him as a long shot.

We know about the SNL guys. I am not talking about those…

I think two matches on the card really beg for outside involvement, possibly: The Universal Championship match and the main event.

For the match between Lesnar and Seth Rollins, I will keep it simple. There may be a UFC name, perhaps recently retired, who has a beef with Lesnar and who has expressed an interest in WWE. Now, we don’t love the idea of a dirty ending for that big of a title match…but…it could set up a new program for Lesnar, and a part time one at that. Even better, one that wouldn’t hold the title hostage.

Earlier we heard rumblings that something could be in the cards for the ending of WrestleMania. Now, that could have alluded to what we now know-that Charlotte would become SmackDown Champion, and the match is now winner-take-all.

But, it could also allude to outside involvement. On one hand, I don’t want to see the main event on such a major show end dirty…but the report was that something happening to close the show could or would go a long way toward setting up a major match (if not the main event) when WrestleMania hits Tampa in 2020.

Could this be a new former UFC woman causing Ronda Rousey to lose? Could it be the UFC Horsewomen arriving to beat down Charlotte and Becky post-match? There are a few ways it could go, and all indications are we should not want to miss the end of Sunday’s show.