RAW In A Nutshell:What Comes Next For Shaken Up Superstars?

A week after the Superstar Shakeup, we get our first look at the revamped roster and wait to see what WWE can do with these new faces.

A week removed from the Superstar Shakeup, 2019 edition, its time for us to find out what comes next for the shaken up Superstars. New faces on RAW promise to freshen things up, that much is certain. The red brand received an injection of tag talent, as well as a few big singles competitors too. Money In The Bank is just a ways off, so planning for that show is sure to kick in this week. Who will be the first to challenge Seth Rollins? Will any other matches be set? Do we hear details about who gets a shot at the briefcase? All that and more, in store for us tonight, so let’s crack open this Nutshell and find out!

Right out of the gate, RAW gets started in a big way, giving us one of the two Triple Threat matches on the way toward identifying Rollins’ first challenger. What a way to show off three of the newest members to the RAW roster, giving AJ Styles, Samoa Joe and Rey Mysterio twenty minutes  to work their magic. The opening trio definitely garner some consideration here. 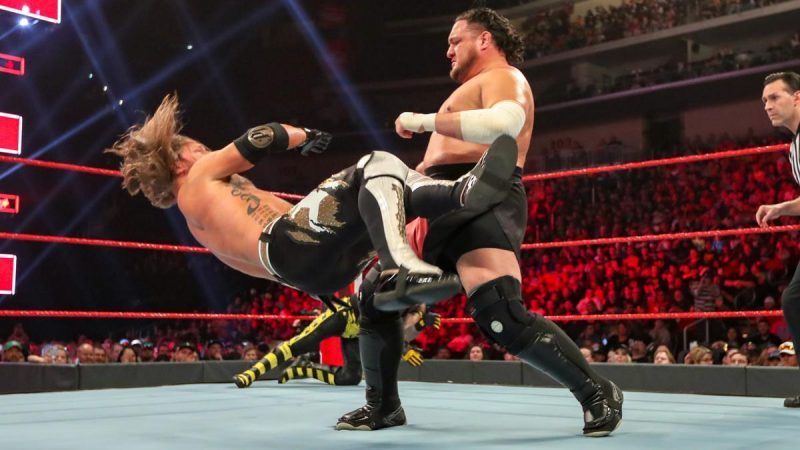 Can we just give it to Naomi and Billie Kaye? Was a bad match, not sure if it even had a purpose. Made half of the tag champs look really bad. 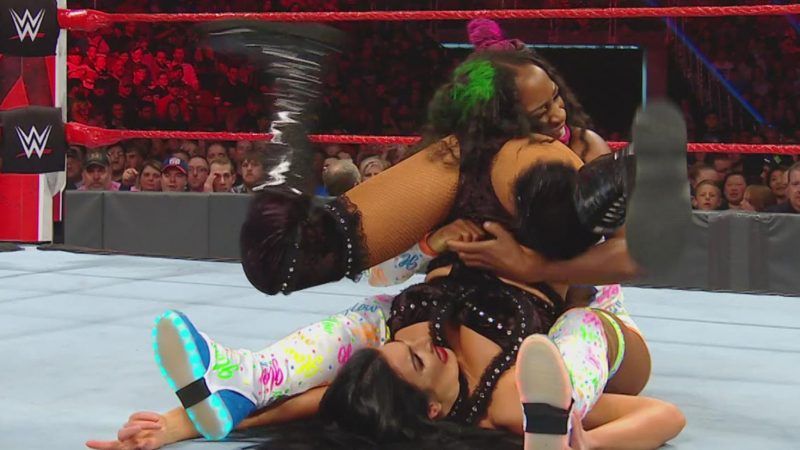 Iowa’s own Seth Rollins had a nice reception, and a nice new shirt too!

Iowa’s own @WWERollins is in the house and he’s ready to 🔥 it down! #RAW pic.twitter.com/tDavDahyXv

But beyond that, I have to go with AJ Styles, as he is now the new #1 contender for Seth Rollins’ Universal Championship.

How about AJ Styles, delivering a Styles Clash to Rey Mysterio, on top of a down Samoa Joe?

Could be the IIconics. Could be Alicia Fox. Heck, could even be Becky Lynch for putting Evans over yet again. Or, I could go with Lucha House Party. 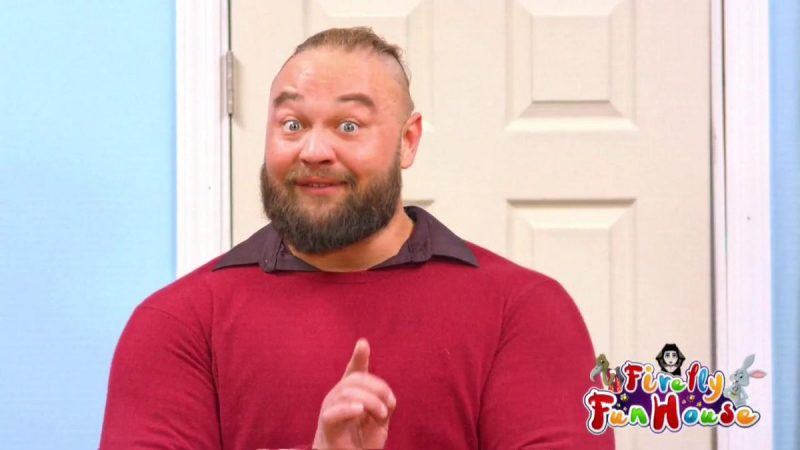 And, shocker, Bray Wyatt is revealed as the incoming person behind the creepy vignettes.

Mike Rome earns this, mixing up Billie Kaye and Peyton Royce. I mean, I can understand some folks mixing it up…but his job is to announce who is he told is coming to the ring….

I could have put this in a few spots…but in case anyone doubted how incompetent WWE Creative is capable of being…I give you…The Viking Raiders. Yes, that’s right. A week after WWE killed War Raiders and saddled them with the horribly bad “Viking Experience”, WWE has pivoted and now they are Viking Raiders. Not as bad, but considering WWE had JUST rebranded the team, and had also done so about a year ago when they debuted on NXT. Changing a team’s name in this day and age is a bit much…but doing so after we know a lot about the team and all…I don’t know. Calling it a head scratcher.

It had been discussed in the last week, but Samoa Joe was quietly added to the RAW roster as he was announced as one of the six men vying for a shot at Seth Rollins and his Universal Championship. I can’t knock this (even though Joe deserves a big amount of fanfare) because the guy did make it to RAW last week and was basically incapacitated due to illness….but again, he SHOWED UP. Sick. Would have worked, too, if allowed (I would bet).

Not to be forgotten, Bobby Roode is no more. Say hello to Robert Roode…complete with new mustache.

Considering all that’s been said-true or not-relative to Alicia Fox, it’s surprising at all that she got anything close to a match with Becky Lynch. Not sure what WWE see/saw in her, but I’ve never been impressed. If the rumors are true, then while she deserves support and you wish her the best, you don’t reward that. It’s not like she’s ever really warranted a main event sniff.

Good integration of many new RAW roster members, from the opening bout through conclusion.

We have a Bray Wyatt siting, sort of. Reactions on social media were….mixed…but he is back, which has to count for something.

Overall, I think it was a good show. Lots going on, but in a good way. The shakeup still gets to sort itself out, but so far so good.