Does WWE Have A WrestleMania Problem On Their Hands?

Was WrestleMania too long? Did it have too many matches, or just not enough good quality matches? Let's float out some ideas to fix it!

At first blush, asking that question might seem a bit funny…but ask it we shall: does WWE have a WrestleMania problem on their hands? So why do we pose that question? Well, with WrestleMania 35 now in the books, we can make some snap judgements on the completed card. Sure, there were some positives, but there were still some areas of concern. The good, unfortunately, did not outweigh the bad. In this case, I am not even talking about the botched ending to the WrestleMania main event. Rather, this is more about the quantity and quality of matches that hit us on Sunday.

This is a big one for me. Quantity of matches, and by extension the length of the show. It takes up basically all afternoon and evening now. Sometimes this can be a good thing-I mean, if we get a bunch of four star matches? No one complains. We will get there, but not quite yet. In general, forgetting the quality metric for a moment, there are just too many matches. WWE wants to get as many Superstars on the card as possible-I get it. Even with all the matches they had booked, numerous top Superstars did not have a match. I mean, Kevin Owens? No match. That’s a red flag for me. Numerous articles were written leading up to the big show, predicting that WWE was aiming for the longest PPV ever, or at least that the show could be (not that they’d be doing it on purpose). In order to get to a long show, we get a lot of matches. More is not always better-if you really need proof of that, check out the replay of NXT:TakeOver from the Friday before ‘Mania. Five matches, pretty much all better than anything we got on Sunday.

It’s one thing if we get, say, a dozen mostly great matches. It’s another thing entirely if we get something approaching twenty matches, and only three or four matches are good or great. That ratio? Quite honestly, it’s just terrible. While I am not advocating or suggesting that WWE goes and makes ‘Mania more like TakeOver (no one is clamoring for a five match WrestleMania 36 card), they’d do well to focus more on good-to-great matches, and less on having an eight hour show with twenty four matches (OK, that’s an exaggeration, but hopefully that makes my point).

So what would I propose as a means to fix things? 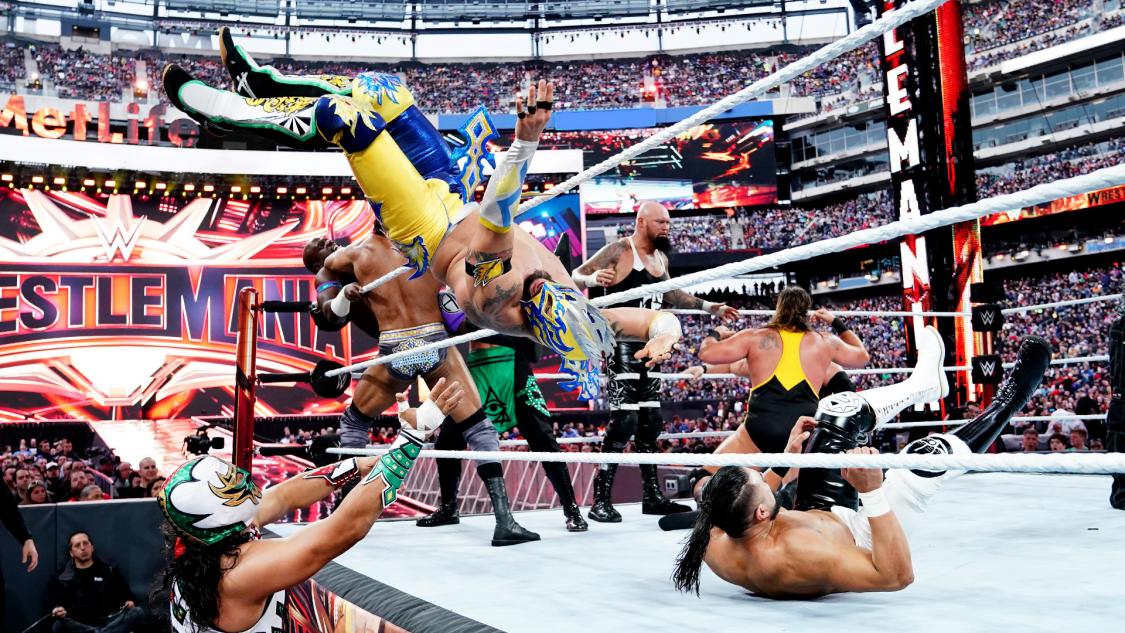 Right off the bat, something has to be done about the battle royals. When they announced the Andre edition several years ago, it seemed like a great idea. Then we’ve seen it happen, and it’s become less and less relevant…to the point that this year, two of the final three in the match had no business even being in the ring. On the women’s side, the trophy has always needed to be changed. WWE already dropped the name, but we may have gotten a suggestion for changing that as of Saturday night. Names and trophies only get us so far, however. So, what do we do?

WWE long ago debuted Money in the Bank matches AT WrestleMania. While those don’t seem to be coming back, they could allow the battle royal winners to actually, you know, win something more meaningful than the trophy. The winners of the matches should win a title shot. Now, it does not have to be the world title, though for the women, it almost has to. My suggestion here? Winner gets a match, but a spin of a wheel following their win tells us which match, which title, and when they can challenge. Using this year’s winners, for example: Braun Strowman spins the wheel and finds out he has earned a United States Championship bout against Samoa Joe on SmackDown Live. Carmella spins and she actually gets herself a Women’s Tag Title match at the next PPV, with a partner of her choosing. Yes, it’s not as awesome as the briefcase, but it’s the right boost these matches need. If they won’t spice the matches up, then the suggestion here is to jettison them completely or relegate them to Axxess. 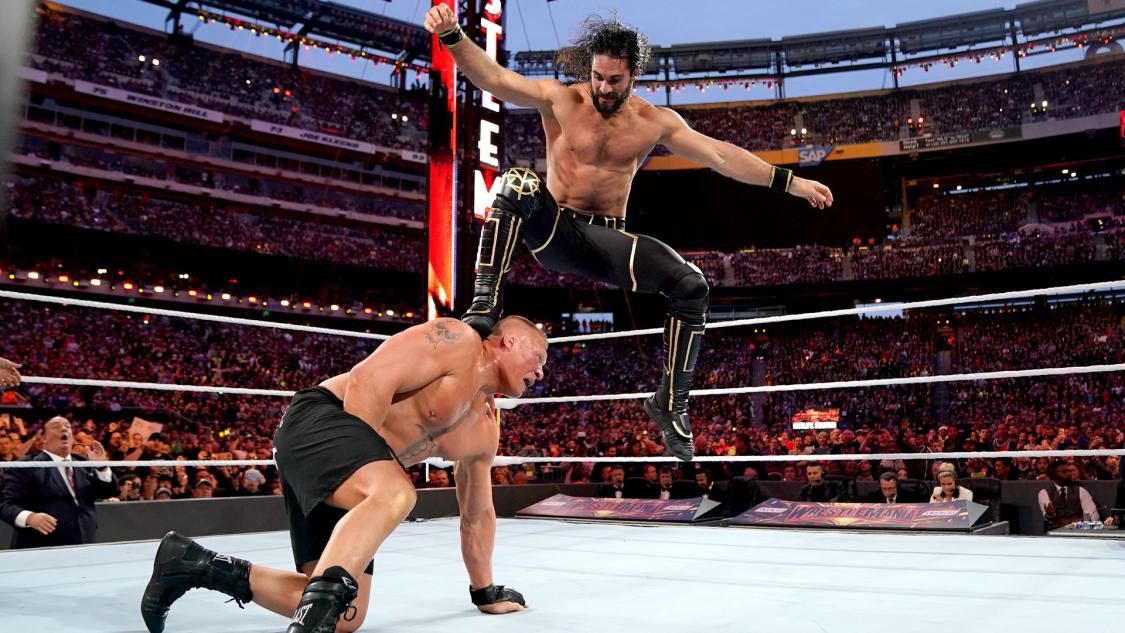 Next, we avoid some of the matches we got in 2019. On one hand, we don’t bring back Brock Lesnar. I am over his “big match” appeal. The best part about his match on Sunday? He lost the Universal Championship, and he’s hopefully going to take a long time off from WWE. Outside of that, we got a less than thrilling match. On another, maybe we convince Hunter that he does not need to suit up anymore. He and Batista worked the longest match on the main card. Batista had a horrid entrance (same with Hunter). Batista couldn’t even get through the ropes without a botch. Sure, it gave us a long match, it filled space on the card, but I would have rather seen Kevin Owens in a match than either of Hunter or Batista.

Put that last point another way-WWE needs to learn to trust it’s young Superstars more. This year, WWE had no announced matches for Cena or Undertaker. Cena made an appearance, sure, but they are trying to move on from some names. They could move away from Hunter and from Brock, and by doing so, they trust their future more. That’s guys like Rollins. It could have been guys like Ambrose. Ricochet or Aleister Black get to step up more. And, the fans might get to go home a bit earlier, depending on what they do following the changes. But with all this said, we could have just chopped off somewhere between 60 and 120 minutes-or, if we didn’t just chop the time off, we opened the space on the card for better options…or for existing matches to have longer run times.

There are plenty of other things that could be changed between now and WrestleMania 36. Maybe some will, maybe some won’t. Here’s hoping things can change for the better.

The Worst WWE Title Reigns From The Past Two Decades