Can All Elite Wrestling Change The Game Of Professional Wrestling?

If you’ve missed it, here’s a quick recap. In 2018, there were rumors of a possible new wrestling group being formed by Cody Rhodes along with the Khan Family. The Khan Family, among other things, owns the Jacksonville Jaguars. Rhodes would be the wrestling brains, while the Khans would have the deep pockets. In early January, the promotion became official. All Elite Wrestling had been born. It seems every day they exist, there is more news pouring in about the promotion. They have television deals to mull over. They have announced their first major show, Double or Nothing. There’s a rumored second event for the summer. They’ve just signed Chris Jericho and PAC, formerly Neville. Kenny Omega is waiting in the wings, once his NJPW contract expires. Just weeks old, the company has already had a lot going on. With that in mind, we ask a simple question: can All Elite Wrestling change the game?

To be clear, that game is professional wrestling-not Triple H. The answer? They might be able to do so. Here’s why: 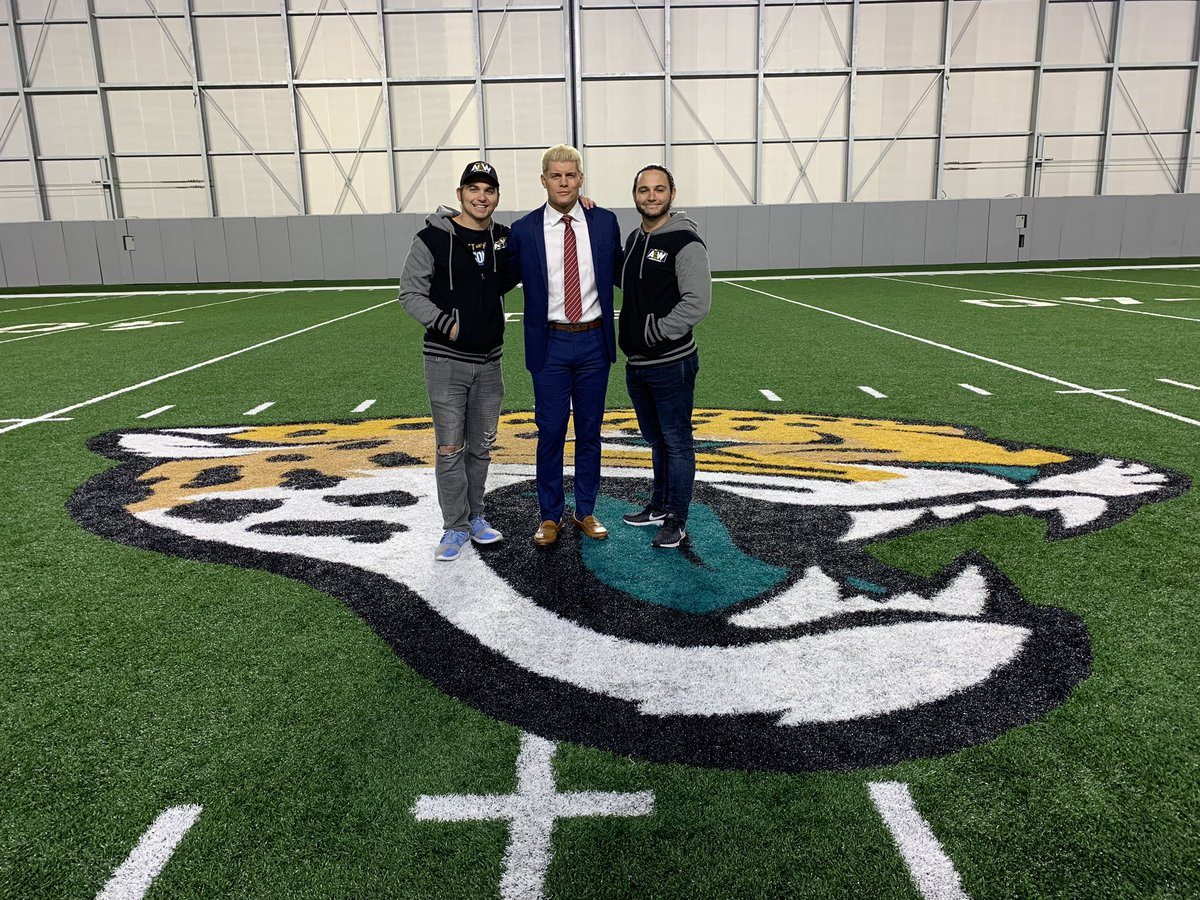 For most of last year, as The Elite was the hottest thing going outside of WWE (and maybe even including WWE), fans speculated that WWE would drop huge money to bring Cody Rhodes and other to WWE. There were big offers, if reports are to be believed. They were rebuffed, and now we know why. Cody, the Young Bucks and others are going out on their own. They are not naive. They are not inexperienced when it comes to the business. Rhodes was, after all, instrumental in the wildly successful ALL IN. Plenty of others have tried, and failed, to do exactly what Cody Rhodes and the Khans are doing now. If they are smart, they will have learned from the past and will make sure not to repeat those same mistakes.

So how do they shake things up? For starters, just by being in business. WWE has been pushing to bring in new and fresh names-both from NXT and beyond. That was Vince McMahon’s promise in early December. Yet, a month later, many hot names are now locked into contracts with All Elite. Cody Rhodes is off the market. The Young Bucks? Gone. Kenny Omega sure looks to be heading to AEW. Now they’ve brought in someone WWE should have never let go-Neville. For good measure, they went out and brought an old reliable WWE Superstar-Chris Jericho. Now, any hot free agent isn’t debating between New Japan, Ring of Honor or the often deep pockets of WWE. Now, they have a hot, new promotion chasing them too. Just for that alone, AEW is messing up WWE’s plans and dreams.

Now, if the company can land a quality TV deal (they supposedly have two in hand), or if they opt to go the Over-The-Top model and stream to fans, they have a key revenue stream and can really build an audience. While fans know who the talent is, there are plenty of fans who know the names, but have not seen the men work. Once they are exposed to these stars, thanks to that TV deal, the company will continue to grow. As they grow, they will continue to chase-and likely land-some of those top free agents. Now, just because someone leaves Ring of Honor or New Japan, does not mean they will be landing in Stamford. Now,there’s just as good a chance they report to folks in Florida.

And with that presumed growth and accompanying success, here’s the great potential. Could this company, this start-up, could they challenge WWE? They may be able to. They may not want to, or even have to, however. It’s entirely possible the two co-exist happily. AEW may see no point in going head to head on Monday nights or Friday evenings with the WWE television goliath. They may be rightfully content to run their own TV program on their own night and time, and just grow organically, without needing to revive the Monday Night Wars. Here’s the best part about any of the growth they will experience: as they get bigger and better, WWE will be challenged to evolve or die. Now, perhaps the die part seems a bit dramatic. WWE may not go anywhere for a long, long time. However, in the absence of ECW and WCW, things are not challenged. There are few options. When things get stale, fans tune out. Now that there appears to be a viable option that may in fact be more promising than IMPACT ever was, perhaps WWE will be challenged to innovate and take chances again.

It is entirely possible that, in a year or two, AEW has crashed and burned. It’s just as possible that it remains alive and well. Regardless of that, its very existence should push WWE to evolve and improve, something it has not really had to do in years. That development alone should be great for fans. Having another entertaining and successful wrestling promotion should be great too. If All Elite carries their success forward, their future, and that of professional wrestling, can be very bright indeed.