Why This Hated WCW Champion Returned To Wrestling

actor David Arquette returned to the ring on Sunday night for California's Championship Wrestling from Hollywood.

Unfortunately for him, “King” Arquette lost to RJ City.

Get all your David Arquette news at Ringside Intel

Arquette’s short-lived WCW title reign 18 years ago was a promotional tool for the WCW-produced film “Ready to Rumble.” The “Scream” actor and member of the famous Hollywood Arquette family has said repeatedly that he never wanted the world title and thought it was crazy that WCW (or more accurately, Vince Russo) would give it to him. “So, I went (to WCW), and they said, ‘If you stick around, we’ll give you the strap.’ It’s like, ‘Are you f—in kidding me?” Arquette told Sam Roberts in 2014.

Arquette had promoted his wrestling comeback for some time, saying he wanted to earn wrestling fans respect. He drove that point home with a heartfelt social media post after his defeat Sunday.

I love and respect all of you wrestling fans. To the wrestlers – for the first time tonight I felt like I was one of you – @RicFlairNatrBoy once told the boys at the bar I was and tonight the boys back stage treated like it. Thank you all I’m proud to be both a fan & “one of us” pic.twitter.com/A0X4K0tuHL

Like most wrestling fans, I also detested Arquette winning the WCW title in 2000. I grew up on Jim Crockett Promotions and WCW, and the idea that a belt with a lineage stretching back to Ric Flair, Dusty Rhodes, Harley Race, Terry Funk, Sting–the list is endless–was now worn by a comedic actor was too much to bear.

But here’s the thing: If I were in Arquette’s position–as a non-performer, but also a mega-fan–and was offered the world title, even as I protested, would I have accepted it?

I don’t know a single wrestling fan who wouldn’t at least relish the opportunity.

It’s touching that Arquette has never taken a dime from the wrestling business, instead donating it to the families of the late Brian Pillman and Darren Drozdof who was paralyzed in the ring in 1999.

It’s also touching how genuinely invested he is in pro wrestling, as shown in his post-match tweet Sunday, but also his general interaction with fans.

Arquette appeared at the Two Man Power Trip of Wrestling Con in Richmond, Virginia in May, where he seemed as giddy as the attendees in hanging around the NWO (Kevin Nash, Scott Hall, and Eric Bischoff), ECW’s New Jack, NWA legend Ronnie Garvin, and the other pro wrestlers in attendance. The actor-turned-wrestler wouldn’t stay in his autograph seat for long, as he milled about the room talking to everyone. One organizer told me he even saw Arquette plop down $50 to get his picture taken with WCW-alumni Shannon Moore.

At one point Arquette got so excited he tried to bust in on my photo with the NWO. I had to shoo him away. 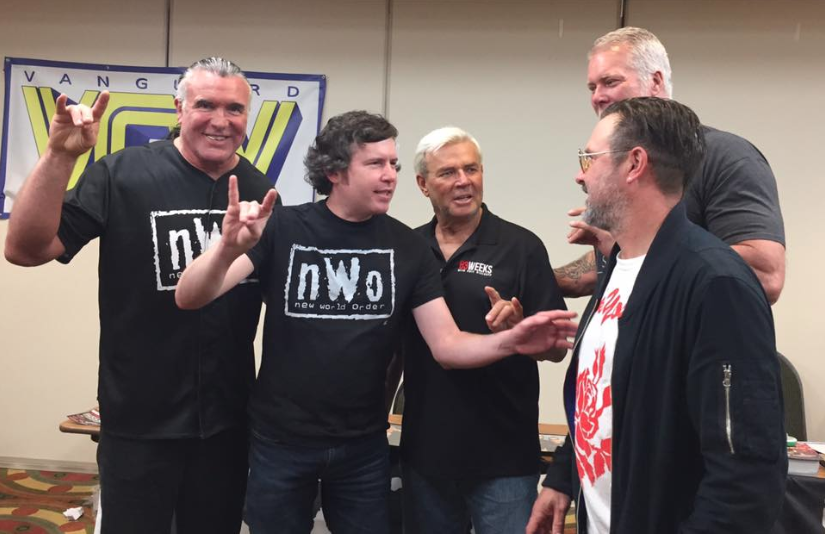 Actually, Arquette told me, and I’m paraphrasing, “Hey, let me try to jump in your photo and say you don’t want a picture with me, only these guys.” It was pretty hilarious.

He was just having fun.

And that’s a reputation Arquette has with most who’ve worked or interacted with him. Championship Wrestling from Hollywood’s Chris Bey told Ringside Intel, “(Arquette) is a really cool guy. He’s just a genuine fan of pro wrestling and right now is such a fun time to be a part.” When asked why Arquette stepped back in the ring, Bey replied, “It’s almost as if he couldn’t resist.”

Bey said Arquette watches their product regularly and shows up at a lot of Southern California indie shows where he’s always supportive of the talent. “Arquette follows me on Twitter,” Bey said. “Soon as I pulled up to set he was like ‘Bey how are ya!? Real genuine dude, excellent memory, real humble.”

Thank you @DDPYoga I hope I did your move Justice https://t.co/AexnY6EmSo

Bad blood and memories from a title reign nearly two decades ago aside, Arquette is a huge wrestling geek like the rest of us. He got to live a dream briefly so many of us would die for and continues to give back to a business he genuinely loves when he doesn’t have to. Rasslin’ could use more Arquettes, not less.

Most importantly, aren’t we all here just to have fun in the first place? Who’s having more fun than David Arquette?

On behalf of at least one fan, welcome back. 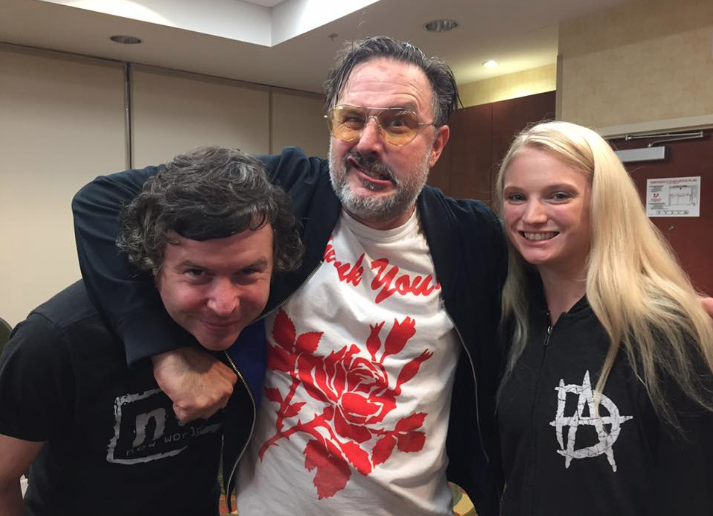