I Can Only Imagine Dennis Quaid

"I Can Only Imagine" crushed box office expectations by having a $17.1 million opening weekend at the box office. The Christian blockbuster movie proves there is a real demand for whole faith-based movies. Hollywood should be taking notes.

I Can Only Imagine crushed box office expectations with a $17.1 million opening weekend. The Christian blockbuster movie proves there is a real demand for wholesome, faith-based movies. Hollywood should be taking notes.

I Can Only Imagine Smashes Box Office Expectations

Estimates for the movie were in the $2 million to $8 million range, but opening weekend alone far exceeds any goals set by Roadside Attractions-Lionsgate. There had been some hope for success given that there were 130 million trailer views and $1.6 million in pre-sale tickets, but box office sales of this magnitude were definitely not in the weekend forecast. 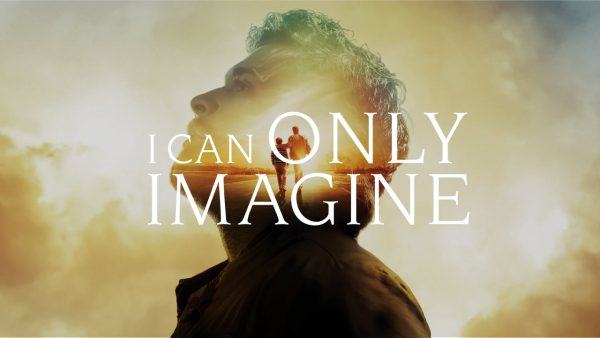 I Can Only Imagine tells the tale of Bart Millard, the lead singer of Christian group MercyMe. It details Millard’s journey of faith that led him to write the title song, which is the best-selling Christian sing of all time.

Who went to go see I Can Only Imagine this weekend?!
The film about the 3x platinum song by @mercyme had an incredibly successful opening weekend with $17.1 million brought in at the box office. All because of @BartMillard and his story. Much love to you, Bart!!#ICanOnlyImagine pic.twitter.com/ORQ7bsz2Q1

The movie has earned an A+ review ranking from people who saw the movie during its launch. This will likely propel more people to the theater and further increasing box office sales for this faith-based film.

While the usual critics only gave it a 62% rating on Rotten Tomatoes, the audience has it as near-perfect:

Some moviegoers are recommending this inspirational film to people who aren’t even Christian. It’s that good!

“I Can Only Imagine” was hands down the best movie I’ve seen in a long time. I’d recommend it to everyone…Christian or not

In the movie, Millard’s father is portrayed by Dennis Quaid, who brilliantly performs this tough-skinned man’s conversion to Christ. Quaid, who is a Christian, said making the film continued his journey in faith.

“What moved me about finishing it really was my character of Arthur and how he found grace,” the actor said. “That’s the beautiful thing about the good news that Jesus was talking about.”

A trailer for I Can Only Imagine can be viewed in the video below.

This Christian film produced by an independent film company even outperformed Oprah Winfrey’s movie A Wrinkle In Time.

Hollywood would be wise to listen up to the demands and interests of people of faith.

Mel Gibson’s continuation of The Passion Of The Christ will likely blow the doors of the box offices as well. The Resurrection is due to begin filming soon.

The Song That Started It All: “I Can Only Imagine” by MercyMe

Before you go, here is the song that inspired it al.

Watch the music video and you’ll understand why.

Share this if you want to see more Christian movies at the box office!

Editor’s Note: This story was updated to include additional information about the song and artist.