Who Should Have Left Day 1 As Champion, Sasha Banks Injury Update

After the PPV, we know things change...so who should have left Day 1 as champion? Plus we also have a Sasha Banks injury update.

We know that plans changed on Saturday…so who should have left Day 1 as WWE Champion? And, following a scare over the weekend, there is a Sasha Banks injury update.

Who Should Have Left Day 1 As WWE Champion?

The year started with chaos, a changed main event and Brock Lesnar holding the gold…but who should have left Day 1 as WWE Champion?

Shortly after the show, it was indicated that Big E was expected and intended to leave Day 1 as champion.

That assertion came via a posted and quickly deleted graphic via the WWE on FOX Twitter account.

The image showed Lesnar as the winner of the Fatal Five Way, but his image was superimposed over the original text.

That text? It noted that Big E had retained.

So that was the plan right? Big E was who should have left Day 1 as WWE Champion…right?

The Wrestling Observer recently reported that this was not the plan. 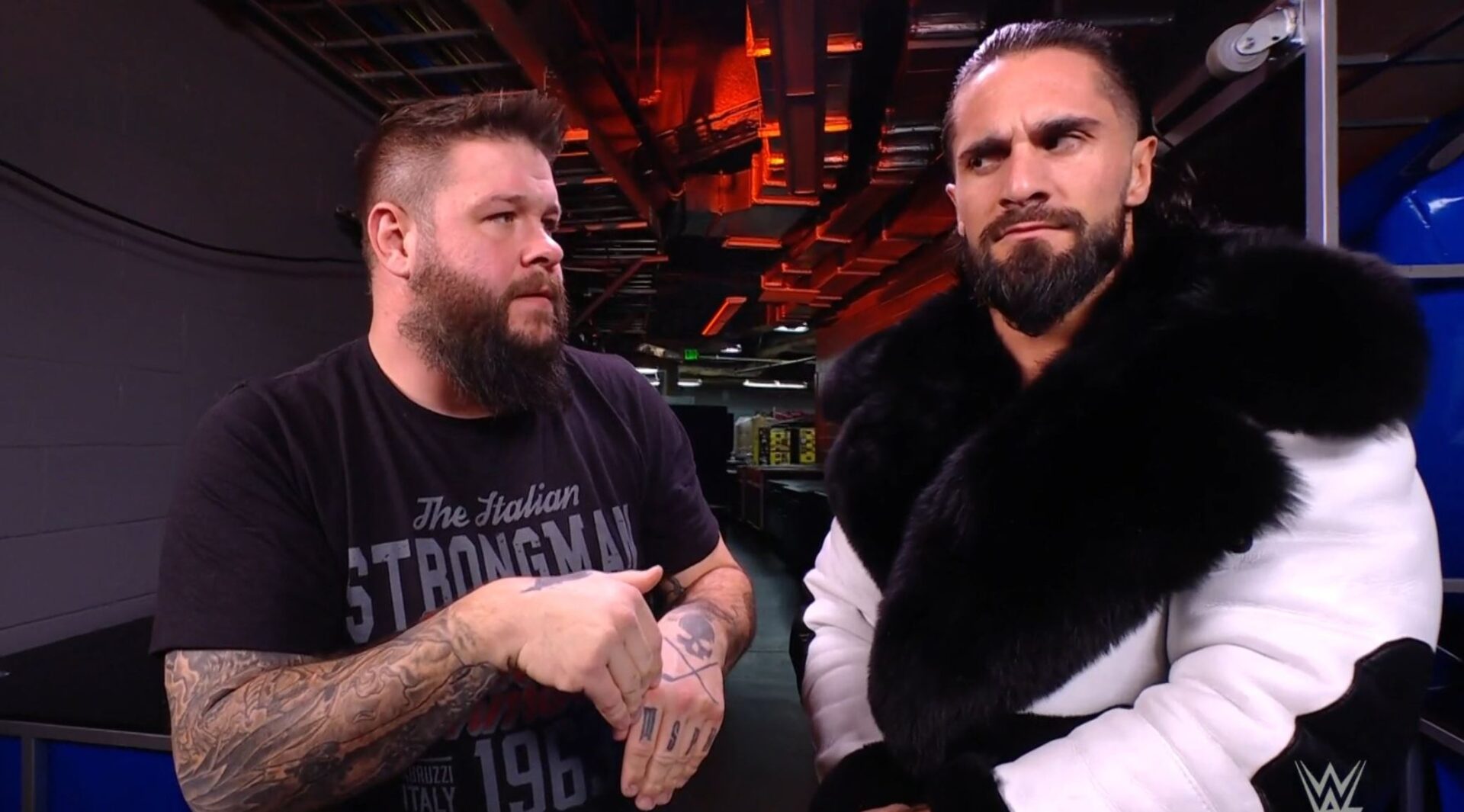 Per the Observer, earlier plans still had Big E leaving without the belt.

No, those weren’t involving Lesnar-that was a legit last minute change due to Roman Reigns and his COVID diagnosis.

Turns out the prior plans may have also been impacted due to a COVID diagnosis. Possibly.

Per the report, Seth Rollins was actually in line to leave Day 1 as WWE Champion.

It was not clear if Rollins was still in line to become champion until his COVID diagnosis.

Based on the information that FOX social media had a graphic ready indicating Big E would have retained.

That makes me think that Rollins was supposed to win, but that changed either around his COVID diagnosis or because of it.

Whether WWE changed those plans because they just changed, or if they were concerned Rollins would not be cleared to work Day 1, is unclear.

Regardless, all the plans changed once Lesnar was in the RAW match.

What is more interesting perhaps is that, according to several reports, in spite of Lesnar now being the champion at the top of RAW…WWE’s WrestleMania plans have not changed.

Over the weekend, at least one Superstar was potentially hurt during house show fun. Now we have a Sasha Banks injury update.

Banks appeared to suffer an injury this past weekend during a match with Charlotte Flair.

She seemed to be in discomfort following one set of moves she was on the receiving end of.

Fans reported that the referee checked on her, but that she continued on in the match. Ultimately, Banks took the loss.

Now, we have a bit of a Banks injury update.

According to PWInsider, the understanding is that Sasha Banks suffered some manner of a sprained leg.

It is not clear what the specific injury is, or if she will miss time.

Whether a sprained ankle or knee, the potential exists to be a lingering issue.

Depending on which it is, and the grade it is, matters a fair bit.

A minor sprain could see Banks out of action for a few weeks.

However, if the sprain is more severe, full recovery could take months.

Considering the women’s roster crunch WWE has put itself in, the company is hoping for the best here.

Terminator – What Every Sequel Did Wrong