Legendary wrestling commentator Jim Ross was recently diagnosed with skin cancer. He detailed the multiple treatments he went through

Hall of Fame commentator Jim Ross is battling skin cancer. Thankfully he caught it early and will only need to undergo a few treatments in order to get a clean bill of health.

He detailed his treatment on his podcast

Ross is undergoing radiation therapy and thankfully won’t have to undergo an exhausting chemo procedure.

“I’m pretty good. I have this little cancer issue I’m trying to deal with. I’m going to start doing radiation soon. I have to do 22 radiation treatments. Somehow I have to figure out how to do it on consecutive days. They would like to do it every day for I think 3 weeks, or whatever it is, maybe longer than that.”

Ross also stated that he doesn’t plan to miss any work. And is thankful for all the support from fans.

“I really appreciate all the fans who have reached out on social media and so forth giving me their encouragement, prayers and so forth.”

The Hall of Famer also reminisced about his late wife Jan.

Related: Jim Ross Advocates Chyna Be Inducted To The WWE Hall Of Fame

The voice of wrestling has been a busy man lately. In addition to battling cancer, Good Ol’ JR is starting his own marijuana farm.

Of course, people are reacting to this bizarre news:

Jim Ross is opening a cannabis farm. Imagine Good Ol’ J.R. trying to sell you a strain. “BY GOD TRY THE SATIVA! IT’LL MAKE YOU GOOFIER THAN A PET COON, WHIP YOUR ASS LIKE A GOVERNMENT MULE AND IS A BONAFIED SLOBBERKNOCKER!

Here’s a preview of what it would sound like pic.twitter.com/U5mMfj0fFH

With Jim Ross opening a Cannabis farm just think of all the sweet names for it. “I’ll take some of the Good God He Has Family” 🤣

What Kind of Cancer Does Jim Ross Have?

Jim Ross has skin cancer but a mild form. Most skin cancer can be treated via Moh’s surgery and some radiation.

“I didn’t get the worst kind of skin cancer. Whatever that is, I don’t have. It’s one of those deals. It’s part of the journey. I have to deal with it and I will deal with it. No doubt about it. It’s just a pain in the ass to get all these treatments.”

Skin cancer is the most common form of cancer in the United States. Thankfully most cases are easily curable. Monitoring for skin cancer is as easy as the A, B, C, D, Es of Skin Cancer. And don’t forget to book an annual skin check as well.

Skin cancer is often mild, but left untreated can grow into something much more deadly. 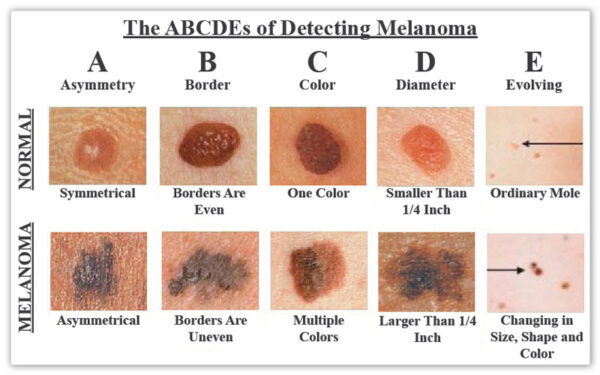 Keep JR in your prayers and share your favorite memory of the best wrestling announcer of all time in the comments below!