An attack on a disabled teacher in Louisiana was recorded and police believe it could be linked to the "Slap A Teacher" TikTok challenge.

Another dangerous social media trend is afoot. The “Slap A Teacher” TikTok challenge, which encourages teens to record themselves assaulting educators, is sweeping the nation as it gains popularity with young people on social media.

But now the trend has turned dangerous. Just this week a student viciously assaulted a wheelchair-bound teacher in Louisiana. More via the Blaze:

With apparently no provocation, the student begins to beat the teacher down with her fists.

“She was just talking to the student about a grade, and the child was just explaining their side, and then all of a sudden she was attacked,” said St. Tammany Parish School District Superintendent Peter Jabbia to WLL-TV.

You can watch the disturbing video below:

Her mugshot is concerning. It looks like the young woman is holding in a big laugh. Does she think hitting a teacher and being arrested for it is funny?

What’s funny about ruining your own life at such a young age? 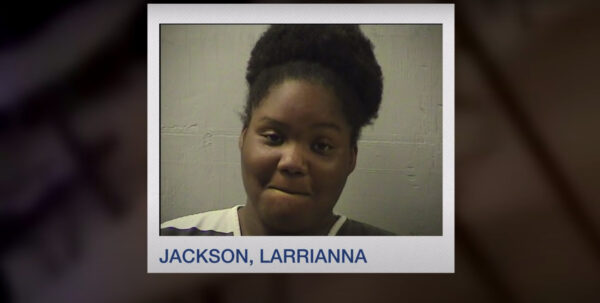 It has yet to be confirmed if this was a “slap a teacher” attempt.

However, the fact that someone was already recording the incident and it went viral suggests that the dangerous trend likely inspired this young woman.

The latest violent social media trend reminds me of the infamous “knockout game.” Delinquent teens attacking people with violence is a tale as old as time.

However, the mainstream media continues to trivialize such attacks by teens.

As Chris Ferguson, a psychologist who specializes in youth and violence, told the Riverfront Times, “For some reason everything involving teens gets called a game, no matter how little play behavior has to do with the motives.”

But we should call the Slap A Teacher Challenge what it is: felony assault.

I know teens aren’t able to fully comprehend their actions, but this isn’t OK. It is important young people understand the consequences.

Teachers aren’t having it. With some warning their students they’ll strike back.

Besides the Slap A Teacher Challenge, the other big challenge this school year has been the “Devious Lick” challenge where students attempt to steal school property.

This is, my friends, the dumbest game ever….I just want to wash my hands.

But don’t worry, not all TikTok challenges are violent. Some are fun and innocent. Like the “Tell me without telling me” challenge:

Or the fun “Blanket Challenge” where people hide from their dogs.

TikTok, like any other social media platform, is what you make it.

Sure there are people acting up, but most of TikTok is a fun network of people sharing jokes, memes, and common interests. Personally, I use it to follow sports, fun recipes, and my silly cousins.

Should TikTok be banned? Are Teens worse now or is it just that we see more of their bad behavior?

Share your thoughts on the Slap a Teacher Challenge the comments below.