Don't miss the Kenny Rogers special tonight with musicians honoring him for his long career; he and Dolly Parton take the stage together.

Tonight at 9 pm EST/PST, CBS will broadcast Kenny Rogers: All In For The Gambler, a star-studded tribute to the country legend.

CBS filmed the concert early in 2017 as a retirement celebration of sorts for Rogers, who left public life and retired from performing afterward. Rogers died in March 2020 of natural causes, though his death was unexpected.

A Star-Studded Lineup for Kenny Rogers

In addition to a special duet by Rogers and Dolly Parton, the concert features performances by Lady A, Lionel Ritchie, Chris Stapleton, and Broadway star Idina Menzel.

A few years back we were very fortunate to be a part of a special night honoring Kenny Rogers. They filmed the show and now y’all are able to enjoy it tonight at 9/8c on CBS. pic.twitter.com/oKzIXIvcgj

Watch a preview of the duet here:

Kenny and Dolly will sing and reminisce about their incredible careers. During the conversation, Parton will sing her “I Will Always Love You” to Rogers as a lasting tribute to the Gambler himself.

It is telling that so many stars would come out to celebrate Kenny. You don’t have to be a big country music fan to love Rogers’ distinct gravel-laced tenor.

He was from the golden age of country music when the music wasn’t about partying but about the struggles of the everyday man and the trials of living without much.

For me, Kenny is right up with Johnny Cash and George Jones. Those men captured the pain of living and the flaw of man better than anyone before or since.

Related: Dolly Parton And Kenny Rogers Describe The ‘Tension’ Between Them And Why They ‘Never Went There’

His Legacy and Best Songs 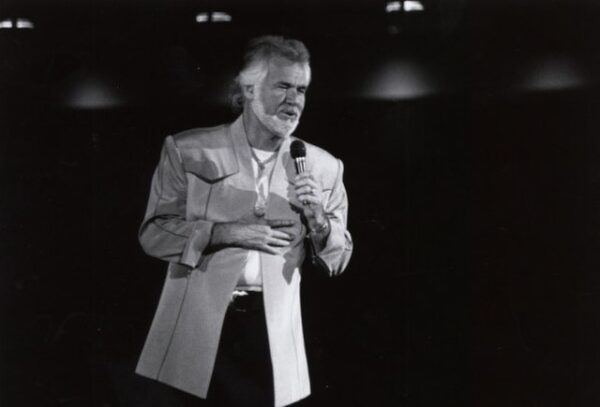 Kenny Rogers is one of country music’s most successful musicians. In addition to induction into the Country Music Hall of Fame, Rogers earned 24 number one singles, six CMA Awards, and three Grammys.

He also starred in movies and opened the Kenny Rogers Roasters chain of restaurants in the mid-90s.

I loved Kenny Rogers chicken. I remember getting a chicken pita there every Sunday after church while my dad sang the Gambler in a voice only God would love.

A lesser-known version of “The Gambler” had Kenny singing along with Lionel Ritchie. A powerhouse combo if there ever was one:

People say the “Gamber” when mentioning his best songs, but Rogers had many good hits.

Love Ballads From The Heart

No one could reasonably do the country love ballad like him. In his prime, with his mighty beard and stage presence, the ladies would swoon.

His song with Dolly, a cover of the Bee-Gees “Island in the Stream,” comes to mind, but Kenny has several other big hits. They sing it together in the show tonight!

A personal favorite was “Coward Of The County,” a song about turning the other cheek. The song is part of the legacy of great country anti-war songs.

The chorus “You don’t have to fight to be a man” sticks with me to this day.

Related: Dolly Parton And Kenny Rogers Describe The ‘Tension’ Between Them And Why They ‘Never Went There’

In addition, Kenny was a phenomenal gospel music singer, as so many from his era were. My favorites came from later in his career when his age gave his voice a new fragile depth.

Throughout his career, when Kenny sang, you could tell he meant it.

So many stars nowadays have the same flat voice singing the same flat song. With Kenny, when he felt sad, happy, or mad, you could feel it. I’ve had it with this “beer and truck” country.

I want a return to country music from the HEART!

What’s your favorite Kenny Rogers moment? Could you share it in the comments below?