John Hinckley Jr., Who Shot Reagan, To Be Released From From Court Supervision

John Hinckley Jr, who tried to assassinate President Ronald Reagan four decades ago, may be released from all remaining restrictions next year if he doesn’t step over the line.

Hinckley was in committed to St. Elizabeth’s Hospital for 34 years for the attack that left four people, including President Reagan, injured.

Judge says John Hinckley Jr., who tried to assassinate President Reagan 4 decades ago, can be freed from all his remaining restrictions next year if he continues to follow those rules and remains mentally stable. https://t.co/CVfqOtQk05

The judge issued this bizarre statement justifying the release.

“If he hadn’t tried to kill a president he would have been released unconditionally a long time ago,” U.S. District Court Judge Paul Friedman said.

That reminds me of the famous apocryphal “If it weren’t for all the murders, we would have a low crime rate” line from former DC Mayor Marion Berry.

He was released from St. Elizabeth’s in 2016 with court-imposed restrictions. Doctors and therapists have been overseeing his medication and therapy ever since his release.

He had been living with his mother since 2016, but she recently died and he moved out of her house.

Now, Hinckley, 66, is free to live and roam where he pleases. As part of his release, Hinckley was forbidden to contact Reagan’s family or Jodie Foster.

Who is John Hinckley Jr? 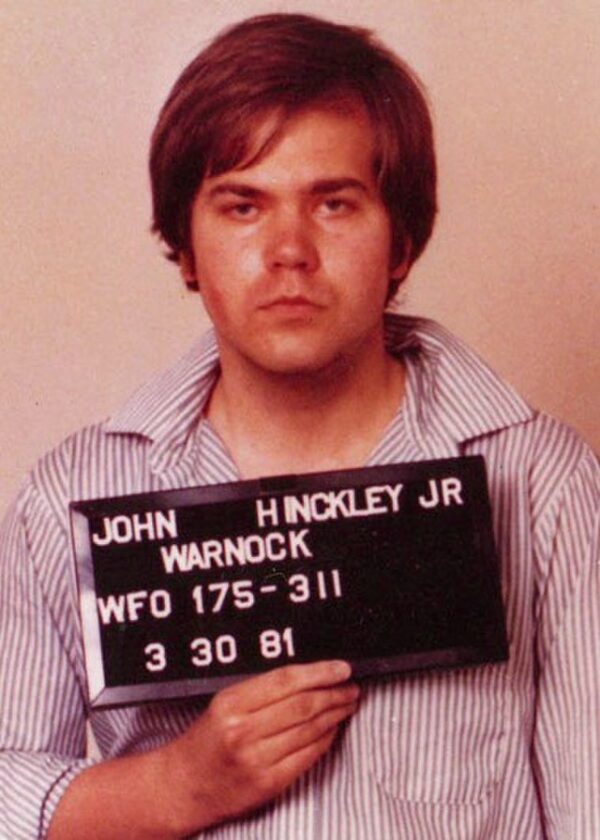 Hinckley was born in Oklahoma and raised in Dallas, Texas. After graduating high school, he bummed around for a few years. In 1976 he became obsessed with Jody Foster after seeing her in Taxi Driver.

Hinckley’s obsession with Foster led him to stalk her while she attended Yale. At Yale, he repeatedly left poems under her door and called her incessantly.

To impress Foster, Hinckley devised numerous plots. From airplane hijacking to even committing suicide in front of her. Eventually, Hinckley settled on assassinating a politician. Hinckley made Jimmy Carter his first target.

He followed Carter across the nation before police arrested him on weapons charges.

Under psychiatric care, his mental health didn’t improve. He then focused his energy on assassinating President Reagan.

The 1981 attempt at the Washington Hilton was dangerously close to success. After the attack, the Secret Service massively revised its protocols.

Despite years of treatment, the would-be assassin continued to obsess over and write to Jodie Foster.

As his treatment progressed, judge began to grant him freedoms, including supervised visits.

Finally, as part of his release, Hinckley apologized to those he hurt.

Attorney: “Mr. Hinckley would like to express his apologies….. of deep regret”

“He apologizes to the families of Jim & Sarah Brady..”

“He apologizes to Ms. Foster’

“He apologizes to the American people”

John Hinckley Jr. was not in his right mind when he attempted to assassinate President Reagan.

However, even if that judge believes being in a hospital cured Hinckley, he should continue to be monitored.

And even if he is “cured” of his mental illness, he is still capable of committing these crimes.

I would be OK with his supervised released, but not for him to be entirely free.

Share your thoughts on John Hinckley Jr’s release in the comments below.