This is the final SmackDown In A Nutshell ahead of WrestleMania, so you know what that means: Ladies and gentlemen, the wait is over!

Folks, it is here, the final SmackDown In A Nutshell, and that means one thing! Ladies and Gentlemen, The Wait Is Over…

That is correct, this is the final SmackDown In A Nutshell before WrestleMania.

The wait is close to over. If you are waiting for a match booked for Sunday?

Well, you have to wait a wee bit still.

But…in the grand scheme of things, WrestleMania is here…but the wait is over means so much more in 2021.

This weekend will mark the first time in over a year that WWE fans will be live for a WWE event. That the event is WrestleMania?

Just makes it even more special. No pressure, right WWE?

So, as we buckle in and get ready for all that final hype, we can take comfort in knowing that our wait is just about over.

So, there’s just one last thing to point out…it’s time for…

Best match is a tough call. Why?

However, if I am going to take one match out of the few we did get? Give me the SmackDown tag title match.

While I was not thrilled that it was on Friday instead of Saturday or Sunday…the match itself was solid.

Honestly expected a title change here…but that does not take anything away from the match quality.

This might be a shock, but there wasn’t a clunker tonight.

I mean, I could complain about Tamina and Nia Jax…but I actually really can’t.

The one issue with that match was it’s length. It was better than expected, it was just really short.

Or, maybe that was part of the appeal?

I don’t know who gets the credit for the writing, but considering two of the ones delivering them ARE writers…

WWE needed and wanted to hit a home run with the go-home show here, and even though the matches were few and far between…this show delivered.

No specific spot, but there was a lot of flying in the tag title match…and then the battle royal. 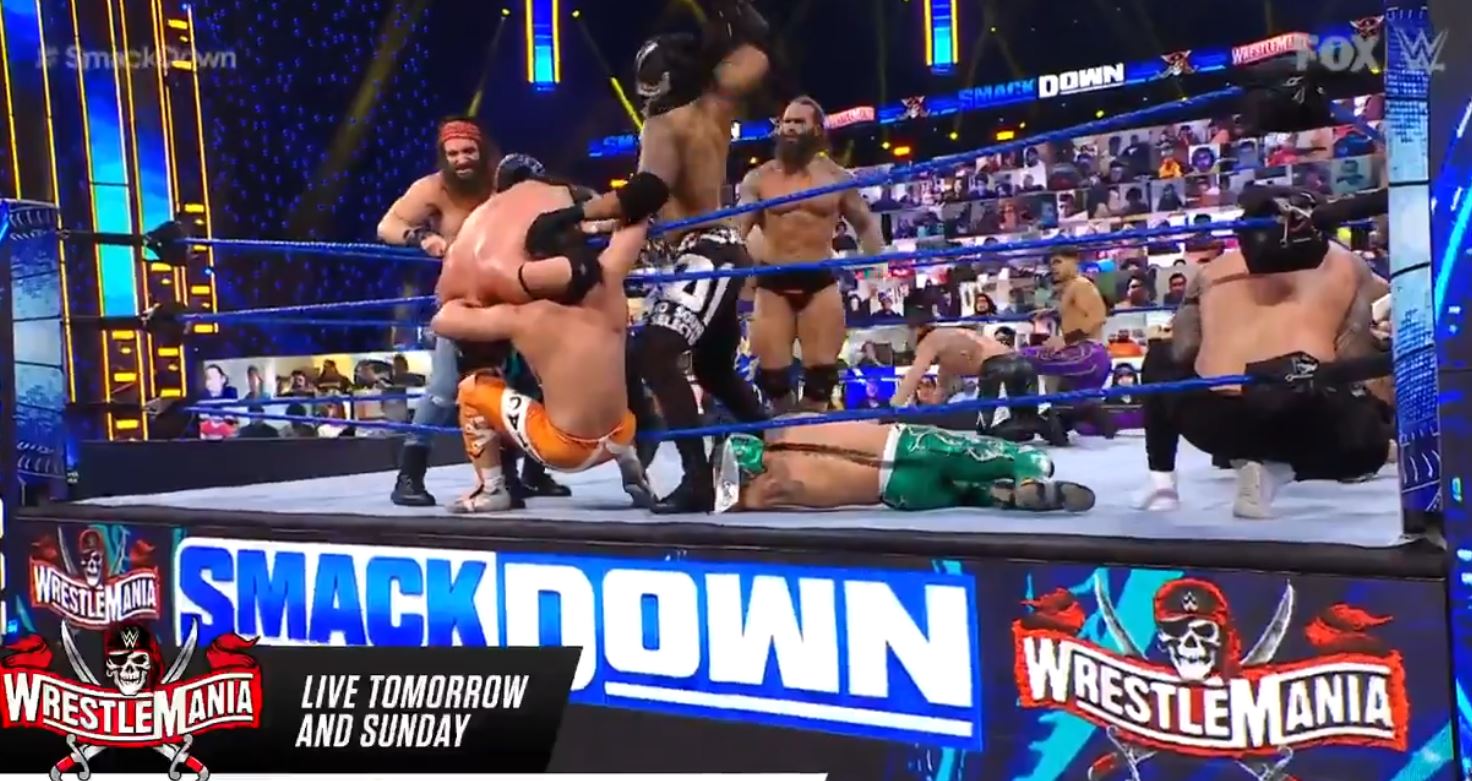 Maybe I should have seen Jey Uso winning the Andre The Giant Battle Royal…but I did not see it coming. 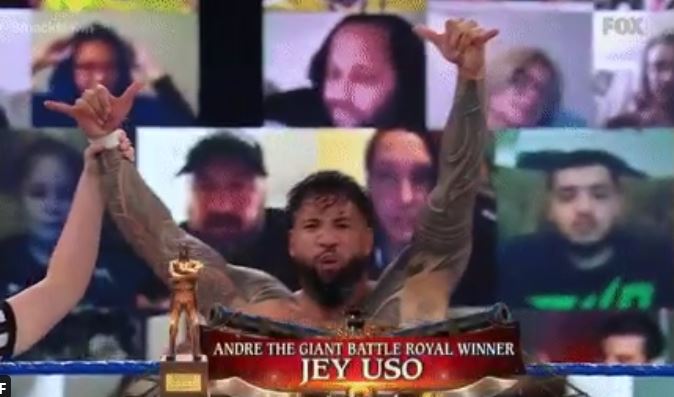 Is it an upset? I don’t know, but I have nothing else to throw here…

That we had so many exceptional promos.

Seriously, they were great.

You get the idea. Someone pushed all the right buttons for this show.

Really not much to get into. We all know the wait for WrestleMania is over, and that’s the big thing now.

Outside of that…the women’s tag title match is locked in.

Oh, and WWE is getting in to NFTs…but that news is a day or two old now.

When was the last time I had little to put here?

I believe this one was taped, but if it was, I never caught spoilers and it did not feel pre-recorded.

Other than that? Not many matches…but it didn’t matter this time around.

From start to finish, this show delivered.

Lots of great passion in the promos, with all involved giving fans a reason to think they have a shot this weekend.

One of the better go-home shows of late, which is giving me optimism for WrestleMania.

The wait is over folks. WWE is back to live shows with actual live fans as of later today (by the time this is posted and you read it).

It’s been a long year+, and I am sure that everyone involved with WrestleMania is excited for a truly live event in front of an audience, even if it’s a reduced capacity.

The wait is over…WrestleMania is here!

Not much else left to say, really.

I have to think that Daniel Bryan and Edge wrote their own promos, and they delivered. Whether they had anything to do with most of the rest of the show?

Doesn’t matter. More of the passion and spirit and execution…because this show really was enjoyable, even if light on wrestling.