The lack of a ring explosion had fans in absolute fits after AEW Revolution last night. And once you see the "explosion", you'll understand.

The lack of a ring explosion at the end of AEW Revolution has fans in absolute fits!

Fortunately, it did not take away from the stellar match put down by Jon Moxley and Kenny Omega.

At the end of the main event, Jon Moxley lay lifeless in the ring while the ring threatened to explode in a matter of seconds.

Surprisingly, Eddie Kingston came out to try to save his old friend.

Eventually the seconds ran out and fans were expecting a massive explosion around the ring.

However, something went wrong with the pyro.

In fact, it went so wrong, the moment left all fans in stitches.

Instead of a massive explosion, the match ended with some sparklers. Take a look:

Even though the explosion went horribly wrong, Kingston certainly sold the moment. The wrestler pretended to be out by the “explosion,” even though it barely went off.

Well, nobody can ever say Eddie Kingston does not sell!

Fans Are Quick To Respond 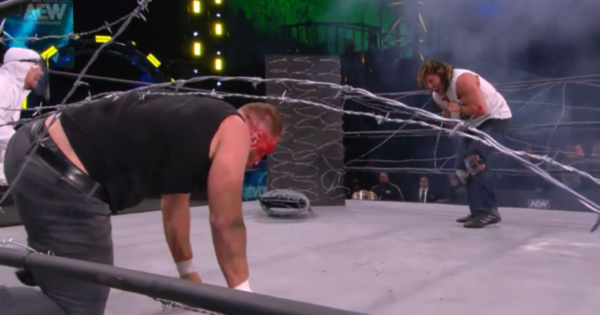 Moxley and Omega put on a brutal and stellar match. But unfortunately, fans responded to the botched ending more than the match itself.

A lot of fans took to social media with some funny memes about the botched moment. Here were some of the most notable reactions.

Fortunately, AEW did not ignore the incident completely. Shortly after the “explosion” Jon Moxley addressed the fans in attendance.

It remains to be seen if AEW will address the failed explosion in more detail when AEW Dynamite airs on Wednesday.

Why The Failed Explosion Did Not Ruin AEW Revolution 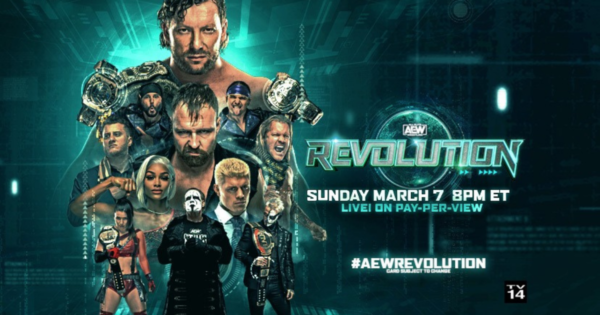 While fans have been laughing about the failed explosion, it certainly did not ruin the pay-per-view. In fact, the ending made the entire event even better.

When looking at the entire pay-per-view, the event was packed with amazing matches. Of course, the most notable was the match between Kenny Omega and Jon Moxley.

Omega and Moxley put on a match that was reminiscent of the good old hardcore matches.

And the exploding barbed wire death match had not been done in approximately twenty years!

The nature of this match and the performance of all wrestlers involved made it that much more special. However, this was not the only thing that made AEW Revolution worthwhile.

Another stellar moment took place when MJF and Chris Jericho took on The Young Bucks.

In particular, MJF’s heel work was a marvel to behold.

Of course, we cannot forget to mention the Tag Team Casino Battle Royale. After all, it brought us PAC and Fénix as the winners.

As a result, Death Triangle (PAC and Fénix) will be taking on The Young Bucks for the titles next. In addition to that, Jurassic Express had a really good showing as well as John Silver of The Dark Order.

Then there was also a cinematic match where Team Taz tried to destroy Sting and Darby Allin.

It was dark and gritty, but also some funny moments that were enough to keep our attention!