WWE Hall of Famer recently stated that the company’s bookings have been completely disorganized. In fact, he furthered his claim by comparing recent bookings to those of the nineties and early two thousands. 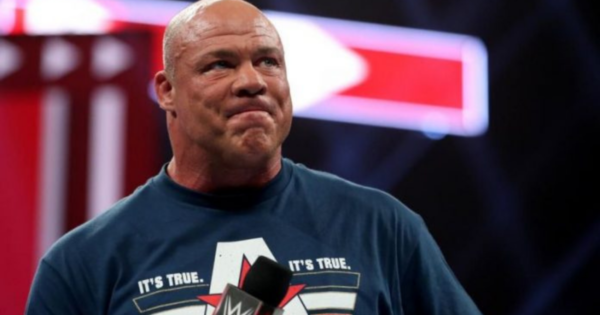 Kurt Angle talked about disorganized WWE bookings when talking about his own experiences. He states that bookings in the old days had plenty of preparation, but that this was no longer the case.

“It was really hard to guess who was going to wrestle who. Things weren’t structured out as neatly as in prior years. They usually have the WrestleMania cards by December at the very latest, this one it wasn’t ready for quite some time. I don’t think they put together the whole card entirely till the week before [WrestleMania 35].”

Angle also talked about the moment when he realized WWE was not going to do anything with him anymore.

“I would say the Drew McIntyre match. When I had to really really really put him over, I even tapped out to my own Ankle Lock. It was a complete domination of a match. I knew then, I read between the lines and realized this company has no plans moving forward with me. If I continue to do this, this is what I’m going to do, I’m going to lose quite a bit. There’s no problem with that, but being at the level I was I just felt I could’ve given more and possibly been in a world title run.”

But while Drew McIntyre went on, Angle eventually left the WWE. 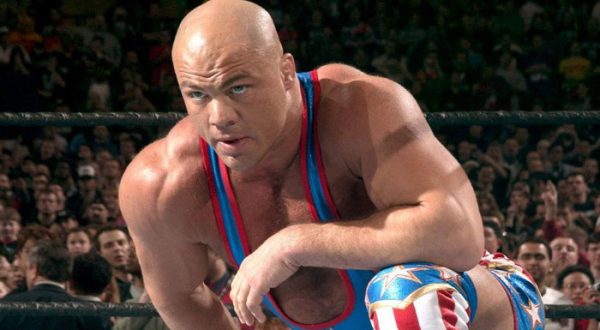 Kurt Angle is not the only one who experienced the lack of organizedd bookings. However, now it is not the veterans who are suffering.

When you look at recent bookings, you will notice that the company is mainly using its 35+ category of wrestlers. Even the latest Elimination Chamber pay-per-view spoke volumes.

But why has the WWE stopped focusing on the younger generation on the main roster. It almost seems that Vince McMahon has zero trust in anyone.

Of course, this was the downfall of WCW back in the day if you remember. Now it seems the WWE is doing the exact thing that WCW did to attempt to increase their ratings.

With AEW competing with WWE, it is more difficult for either company to have an off-day. WWE’s disorganized bookings are not helping either at the moment.

Vince McMahon is also known to tear up scripts right before an actual show. In fact, he regularly tears up the script for SmackDown only hours before the show takes place.

The short-term planning of the WWE undoubtedly had an effect on recent bookings. But might it be time for the WWE to actually change its perspective?

Should the WWE look for bookings that include some of its younger generation, especially at pay-per-views? Or will its new strategy pay off with viewers, while continuing to alienate its valued wrestlers?

Time will tell which strategy is the most successful in the world of pro wrestling.