Bad news for XFL fans, sounds as if their 2022 season is on hold. Also, some WWE superstars are worried about a recent executive rehiring.

The Rock and his business partners bought the XFL last year, looking to breathe new life into the league. Sadly, as quickly as the 2022 season was announced, reports have surfaced it is now on hold.

Things were looking up for the XFL in 2020, as Vince McMahon decided to revive a league that many thought was long dead and gone as of 2001.

While the XFL had a few games last year, the COVID-19 pandemic brought things to a halt.

Things looked dire for the XFL at that point. That is until The Rock and his business partners came to the rescue and bought the league. While a season was announced for next year, it sounds as if it has not been put on hold.

An update on the 2022 Season: pic.twitter.com/AnTvrKZd24

An update from ownership. #XFL

XFL’s Twitter handle stunned fans recently when they announced that next year’s season has currently be placed on hold.

The post relayed that the league is currently in talks with the CFL. It seems as if this partnership could lead to added opportunities and collaboration, which could ultimately change the game.

It’s been a lot of stop-start with this league. Looks as if XFL might be going Canadian, but only time will tell.

Moving from the land of football, over to the land of sports entertainment. WWE recently rehired John Laurinaitis as the Head of Talent Relations. Good news for John, but this has some superstars worried.

A report from Fightful Select states there is some talent that has reached out to the WWE powers that be about John Laurinaitis’s return. There seems to be some concern around his past hiring practices. 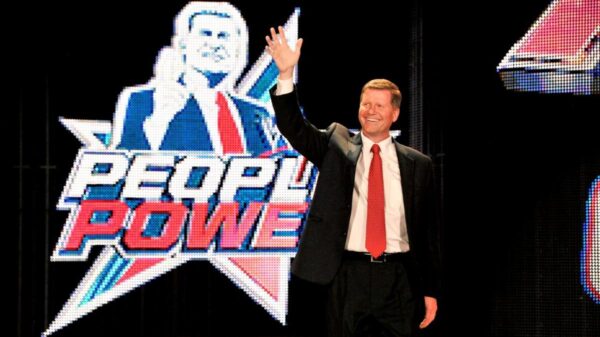 One wrestler pointed out that he’s insistent on “embracing” the diva-style performers versus in-ring expertise. Could this way of thinking hurt the WWE women’s division?

Some are worried that the WWE’s “old way” of hiring could come back to the surface now that John is back. Laurinaitis has been out of the Talent Relations role for close to a decade.

Looking Towards The Future

Before John re-entered this lead WWE role, Mark Carrano held the position. Reports indicate that while Carrano was easy to work with, there was a trust element that talent couldn’t get over.

The releases that took place last April still sting with many on the main roster. Carrano was said to be a part of this, which is why many talents don’t trust him.

In fact, the April 2020 cuts depleted trust within the company overall. Multiple wrestlers were let go and made long-term promises from the WWE. It’s hard for talent to shake the feeling that promises were broken.

With that said, the pandemic has taken a toll on many businesses, worldwide. The cuts last April were a result of COVID-19, and no live events.

Regardless, here’s hoping John Laurinaitis can ease some talent concerns. He may have made decisions in the past that may not reflect what he does in the future.