The Rock is having lots of new projects in the pipeline, furthering his career outside the WWE. But what is The Rock up to?

Since The Rock left the WWE, he has been involved in multiple projects. From building a successful movie career to purchasing the XFL, there is little The Rock has not done.

But what is he currently working on? Some recent interviews certainly revealed some interesting future plans.

The Rock Wants To Face Roman Reigns At WrestleMania 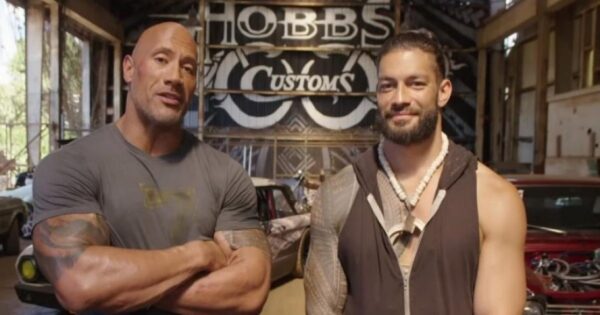 There has been a lot of speculation about Roman Reigns versus The Rock at WrestleMania. Now it appears that Dwayne is actually not opposed to the idea.

With Roman turning “heel” recently, a match against his cousin could be in the cards. Hopefully, if it does happen, it will happen when there is a crowd in attendance. 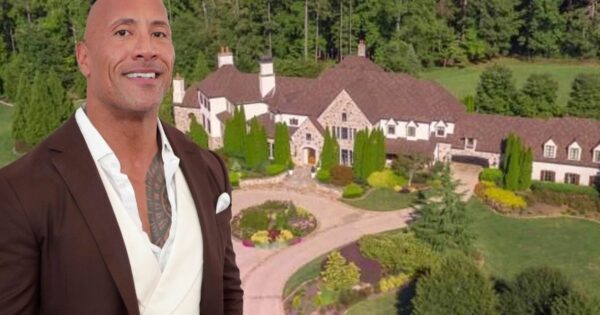 The Rock is currently shooting a number of films. Needless to say, time is a valuable commodity for the former WWE star.

Dwayne recently shared a rather remarkable story, giving us the info that he is currently renting a mansion in Atlanta. But that’s not the best part of the story.

According to Johnson, he was running late for a shoot when his gate wouldn’t open. To ensure he still made it on time, he pulled the gate right out of the brick moorings.

Considering the strength of The Rock, this surprises nobody. However, the person renting the Atlanta mansion to The Rock might not have been super happy about it.

We can only guess which movie The Rock was working on. At the moment, the following movies and series include him: Jungle Cruise, Red Notice, Black Adam, Young Rock, The King, San Andreas 2, Doc Savage, and Big Trouble in Little China. 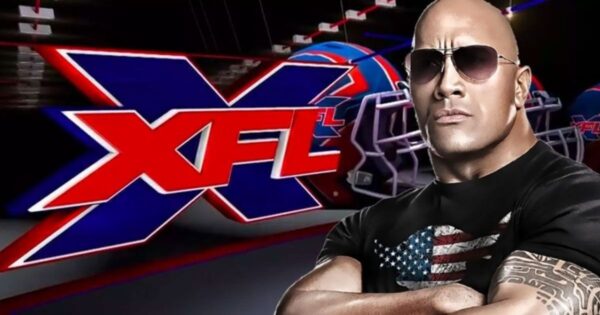 As per recent reports, The Rock bought the XFL. He did this alongside his former wife and his chosen investment company.

Since The Rock bought the XFL, there has been some speculation regarding his role in the company. Some even wondered if The Rock would play in the XFL himself.

With speculation going rampant, The Rock took to his Instagram to respond to fans. And his answer was quite clear:

“As an owner of the XFL, that’s my priority – create opportunities for players to live out their dreams, feed their families and ball out – XFL style.”

Even though The Rock has multiple projects running at one given time, the XFL developments were most interesting. After all, Dwayne used to be a good football player.

But based on the statements from Dwayne himself, he will not play any football in the XFL. He seems to take his role as the owner seriously and will therefore mainly perform that role.

Of course, The Rock is not alone in the management seat. After all, he is quite busy with movies and appearances, making it difficult to be there all the time.

We assume that a lot of the management will come down to The Rock’s business partners, including Dwayne’s former wife and his investment firm. Still, there will be lots of The Rock to go around in the year to come.