Sounds like WWE is gearing up to debut another NXT brand, with filming already underway. Also, the backstage is impressed by Damian Priest.

According to reports, there’s yet another new NXT brand coming on soon. Development of this new series is well underway. More below.

There’s a ton of incredible talent on NXT right now, and two hours a week might not be enough time to showcase every superstar. Could a new NXT brand be on the horizon? The answer to this question is, “yes”.

As per a Fightful Select report, WWE has already filmed content for another NXT show, which is currently being called “NXT Evolve”. The company has been planning this for a while now, approximately two years in the making.

While at first, the thought was to call the new brand “NXT Underground”, this was nixed. The idea is to feature more NXT superstars through this new series.

According to the report, Gabe Sapolsky and Jeremy Borash are quite involved in this new NXT project. NXT Evolve has been touted as like nothing else the company is doing right now.

Giving Off A “Fight” Feel

The tapings for this new series were conducted in a warehouse, as the Performance Center was being renovated at the time.

There’s already footage for the program, and a number of newer NXT talent signings (since this past summer) are involved. The host of the show is Josiah Williams, which some on the project believed brings more of a “fight” feel.

In addition, there is no live commentary as of yet, so this could be added later on. It has also been reported that WWE has created championships for NXT Evolve.
It’s important to note that while nothing is set in stone, things do seem to be coming along nicely with this new NXT brand.
Speaking of NXT, Damian Priest was called up to the main roster during the 2021 Royal Rumble and has made some impressive strides. So much so, the WWE powers, and others, are taking notice.

According to Fightful Select, Damian Priest is making a positive impression on those backstage at Monday Night RAW. 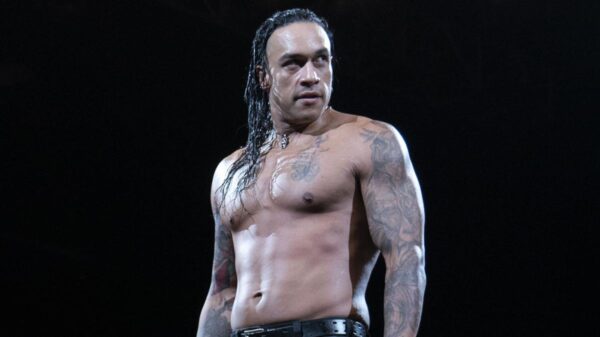 Since being called up from NXT at this year’s Royal Rumble, he’s been paired up with Bad Bunny, which has placed a nice spotlight on the main roster rookie.

He seems to be doing well and garnering a good reaction from fans when his music hits.

As per Fightful’s report, Priest is also getting a very positive reaction backstage on RAW. Since his Rumble debut, it is said that he’s been turning heads and is well-liked.

Apparently, Damian was given “full plate” across both nights after his debut, and he nailed every expectation that was thrown at him.

Damian Priest has been aligned with Bad Bunny, so there’s a very good chance that will have a WrestleMania 37 spot, come April. He’s sure to enjoy traveling on the “road” to his first WM.

Regardless, it’s clear that the former NXT North American Champion is off to an excellent start on the main roster. Here’s hoping there are even better days ahead for this talented superstar.