After UFC 257 wraps up, which will see Conor McGregor and Dustin Poirier fight again, you can check out the post-fight presser, right here.

The UFC’s first pay-per-view card of 2021 will feature one of the game’s biggest stars, Conor McGregor, and you can watch the event’s post-fight presser below. 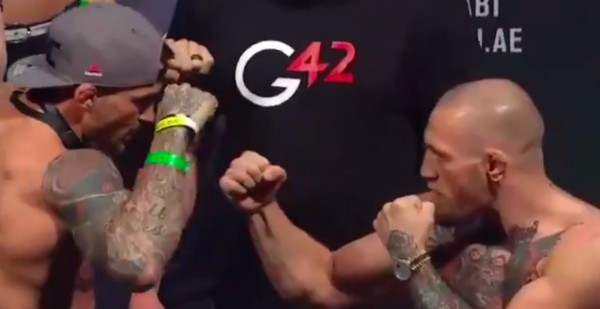 In the headliner for UFC 257, Dustin Poirier will look to avenge his quick, 2018 loss to McGregor.

Poirier (26-6) will be fighting for the first time since last June, when he scored a decision win over Dan Hooker.

McGregor (22-4), meanwhile, hasn’t fought since January, 2020, when he quickly took out Donald Cerrone.

You can check out the post-fight press conference below. UFC 257 is going down in Abu Dhabi.