Bellator has added several more big names to its roster, and Scott Coker believes fighters are noticing how the promotion treats its fighters.

Bellator has been in the news recently on account of signing former UFC contenders like Yoel Romero and Anthony Johnson. Not that long ago, Corey Anderson also joined the promotion.

Well, according to Bellator President Scott Coker, one of the reasons the company has been able to make these additions, is because of their “family atmosphere”. 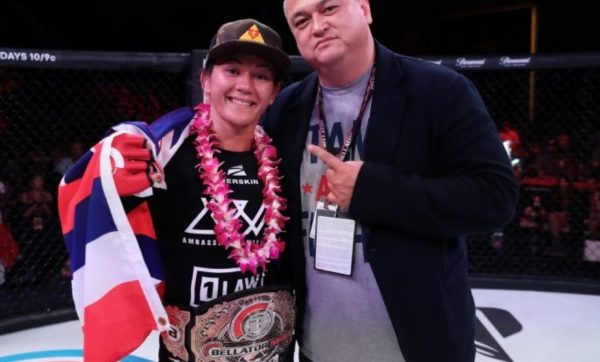 Over the years, Bellator has signed numerous, free agent fighters. But in many cases, they were fighters who were in the last chapter of their career, like Wanderlei Silva, Chael Sonnen and Frank Mir among others.

In more recent years, however, Bellator has signed notable names like Phil Davis, Ryan Bader, Benson Henderson, and Gegard Mousasi, among others, who certainly weren’t considered to be ‘aging’.

While Romero is 43 year’s-old, he was widely regarded to be one of the UFC’s top middleweights, when the UFC opted to release him. In the case of Johnson, although he’s 36, many were also surprised to hear of his move to Bellator.

After all, Johnson fought Daniel Cormier for the UFC’s light heavyweight title in his last outing, which took place in 2017.

Well, recently Coker spoke with MMA Fighting, and while discussing Bellator’s latest signings, he said this.

“You’re talking about a couple of guys that really made a difference in their division,” Coker said. “I’m surprised they didn’t want to keep them. To me, it’s a great opportunity for us.

“To be honest, I think we’re a better fit for those guys. They’ll have a great home here.

I think they’re going to be extremely happy here. A couple of the guys that I talked to, they wanted to make the move.

They wanted to come to Bellator. People see when they get here how we treat the fighters and how it’s a family atmosphere.

Yes, it is a business so we run like a business but it’s really run a lot different than other organizations.”

And, in addition, the former Strikeforce promoter said the following.

“At the end of the day, I think the fighters wanted to be here,” Coker said. “They made the move to be here.

I think each one of those guys had different circumstances with their past employer and I don’t think that they wanted to take this fight or that fight and some ultimatums were thrown around is what I heard. It just didn’t work out.

“Too bad for them, good for us and now look at that light heavyweight division we have…”

Now, some may argue that Bellator is just able to present certain fighters, more exposure and financial opportunities, depending on where they’re at in their careers. Especially since Bellator allows fighters to advertise sponsors.

For example, if you’ve been struggling in the title shot mix of the UFC, moving to Bellator could open the door to some bigger fights and more money.

All that said, due to Bellator’s smaller roster, it’s also very likely that there is more of a family feel in the organization. In addition, even Dana White’s biggest boosters would acknowledge that he isn’t exactly shy, when it comes to criticizing some fighters publicly.