Not everyone has closed the book on a rematch between Conor and Khabib, but the latter's manager says they don't "care" about their rival.

Khabib Nurmagomedov is going to meet with UFC President Dana White right around the corner, and as a result, speculation about a possible comeback continues to make the rounds.

But, if the lightweight champ does decide to fight again, it sounds like Khabib’s manager is pretty certain it won’t be for a fight with Conor McGregor. 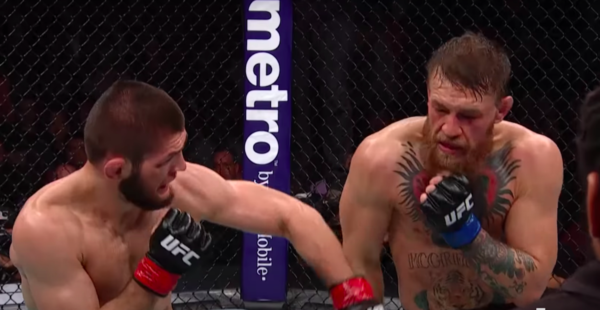 Manager isn’t sure even $100 million could secure rematch

As you very likely know, Khabib announced he was retiring this past October, after he choked out Justin Gaethje at UFC 254. Since then, White and some others have opined that maybe, Khabib will decide to pursue the 30-0 mark and fight one more time.

Well, Nurmagomeodov is set to meet with White in Abu Dhabib soon, and so, buzz about a comeback continues. Case in point, recently Khabib’s manager Ali Abdelaziz spoke with TMZ, and of course, he was asked about the possibility of the star ending his retirement.

While talking about the likelihood of a rematch between Khabib and Conor, Abdelaziz said this (quotes via MMA Junkie).

“(Would) beating Conor McGregor mean anything? I don’t know. But I think it would mean a lot for the fans, and I think financially, it’s a huge fight.

But we know Khabib. It’s hard to persuade him financially.

“But my man Dana White and Khabib, they’re going to meet.

Like I said, this is big boys’ business. I’m going to let them do what they do, and I’ll be a fan.”

And in addition, Abdelaziz said this.

He broke his soul. He took his will.

I don’t think would persuade Khabib if Khabib did want to fight.

I really don’t know. I really didn’t pressure Khabib or ask him about it too much. I let him be.”

Now sure, if $100 million dollars was actually tabled for Khabib – McGregor 2, maybe the champ would think about taking the fight. After all, you can do a lot with that much money, and Khabib has talked about the importance of giving back and philanthropy.

But, increasingly, it does seem like Khabib has moved on from the McGregor sega. He’s repeatedly said he has no interest in fighting Conor again; not even for truckloads of money (as Khabib has noted he has lots of money).

Further, beating Conor for a second time does nothing for his legacy. Which is a key reason why Abdelaziz also noted in the aforementioned interview, that he thinks a fight with Georges St-Pierre maybe, maybe would get Khabib back in the cage.

Nurmagomedov submitted McGregor in the fourth round of their 2018 fight.