Eddie Kingston recently revealed what he said in the AEW locker room after the death of popular wrestler Brodie Lee.

Eddie Kingston recently opened up about the locker room speech he gave after the death of Brodie Lee. The conversation took place during an interview with Renee Paquette on the Oral Sessions podcast. 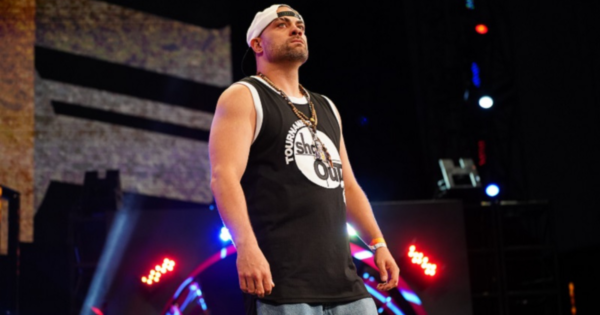 When Eddie Kingston spoke about his locker room speech after the death of Brodie Lee, he revealed that his friend Homicide still makes fun of him. Apparently, the passionate speech got him the name of locker room leader.

“Homicide makes fun of me now, because he goes, ‘Oh, see you’re the locker room leader now’. I’m like, ‘Leave me alone’. He’ll randomly send me like a picture of something saying boss on it and I’m like, come on.”

Kingston has been in AEW for a short while, but has made a tremendous impact nonetheless. This does not only include the AEW locker room, but also fans who love to see his rather unusual character.

Despite his success now, Kingston was overlooked by most major promotions for many years. If you have seen one of his recent promos, you already know the wrestler does not quite fit the WWE’s PG bracket.

But we are happy he did not fit that particular criteria. After all, we would never have gotten the passionate and unique wrestler Eddie Kingston is today on AEW.

A Question Of Emotion 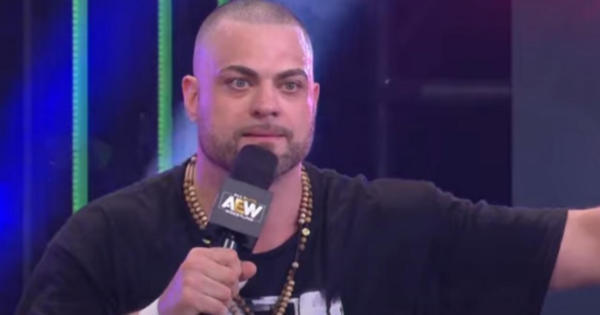 During his interview with Renee Paquette, Kingston also opened up about the energy he felt in the ring that night. If you watched AEW’s tribute to Brodie Lee, you probably remember the energy Kingston is talking about.

According to Kingston, he felt this overwhelming energy on the tribute night. Every wrestler gave their all in honor of their fallen friend.

However, Eddie Kingston did state that he found it a shame someone had to pass away for this energy to come to the forefront. If it was down to Kingston, he would love this kind of energy every week.

“What was weird was I just had this overwhelming feeling of energy after the show was over. I was kind of like, No, no, no and I feel like I need people to understand why I’m getting this energy. And I just started yelling, because I was like, can we do this every week does it take one of our fallen brothers, and I considered Brodie a brother why does it take him to pass away for us to be this emotional in the ring. And bring it out to the people so that people can feel us, you know?”

Kingston certainly made a lasting impression on AEW fans. His kind of passion is rare, and it has certainly reflected in his appearances lately.

Eddie Kingston is currently having a feud with PAC, previously known as Neville in the WWE. Needless to say, Kingston is a man we need to keep an eye on in the coming year.

Unfortunately, the coming year will be without wrestler Brodie Lee. But no matter what, his contributions and amazing matches in AEW will not be forgotten.