One of the narratives that's been tied to Conor McGregor is that cardio isn't his strongsuit, but the star's adamant that isn't the case.

The consensus seems to be that the longer this Saturday’s bout between Conor McGregor and Dustin Poirier goes, the more it will favor the latter. But, at the pre-fight presser for UFC 257, McGregor fired back at the claim his cardio’s limited. 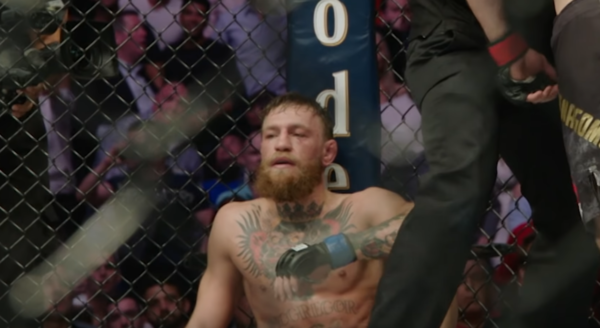 McGregor says claim he gasses early is “a myth”

When people talk about McGregor, and what’s the blueprint to beating him, generally speaking you will hear opponents should take him down, and or, into the later rounds. This narrative has been repeated, as McGregor gets set to rematch Poirier on Saturday.

At the pre-fight presser for UFC 257, McGregor was asked to comment on the claim his cardio’s not great. The former champ said this (quotes via MMA Junkie).

“I think it’s a myth,” McGregor said. “Obviously I had the first Diaz fight. I went from featherweight, then a month or so later I was at welterweight.

That’s obviously going to have impact. Then there was other issues. But overall, I think it’s a myth.

It’s a myth that’s out there, and I hope we can answer it – and I will answer it in time, at some stage.

Sometime, I’m showing up here and someone’s going to be able to stay in the pocket with me and stay in there and fight with me, and I hope it’s this Saturday night.

Do I think so? I do not. I’m in some shape at the minute and I tell you this now: I am coming to put on a masterpiece.”

And, when asked to comment on his recent prediction that he’ll finish Poirier inside of 60 seconds, McGregor said this.

“I got him out of there in 90 seconds the first time, so I’m not that far off,” McGregor said. “That’s a complete confidence in my preparation and in my abilities.

I know there’s questions about my abilities. I know he’s heavier and on a different weight and more experienced, but I feel I can do it.

… I believe I can get him out there and possibly hit him early, but I am hoping for a good, long bout.”

So,  it is true that when people question McGregor’s question, often they do cite his first bout with Nate Diaz. The feared slugger did gas in that fight, and was submitted in round two.

McGregor himself admitted afterward that he threw too many, heavy shots early, and that it cost him.

The star also appeared to be pretty fatigued by the time Khabib Nurmagomedov submitted him in their bout. But, the submission did take place in round four, and having to deal with Khabib’s wrestling and top game is a tall order for anyone’s cardio.

All that said, Poirier has fought in many more, three plus round bouts than McGregor. So, it’s not surprising that a lot of folks believe ‘The Diamond’ will have the advantage in the fourth and fifth rounds.

Stephen Thompson Calls Out Colby Covington For His Gimmick