As Jake Paul contiues to push for boxing matches with MMA stars, the legendary Vitor Belfort has issued a warning to the YouTube celebrity.

Jake Paul has been making news in the MMA world, on account of him calling out the likes of Conor McGregor, Dillon Danis and Ben Askren. Well, it would seem that Paul’s actions aren’t sitting too well with the legendary, Vitor Belfort. 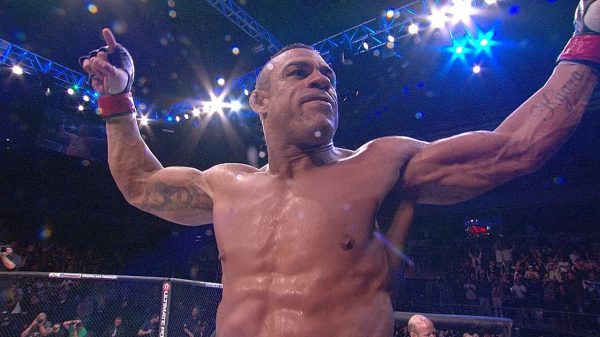 After the win, Paul proceeded to call out various MMA fighters for boxing matches. While he challenged McGregor, Paul has also taken pokes at Danis and Askren.

While it remains to be seen if any of those match-ups materialize, the former UFC champ Belfort recently fired this verbal warning at the YouTube celeb (quotes via MMA Junkie).

“This is my kingdom; your kingdom is doing YouTube videos for this young generation,” Belfort said.

“When I was a champion, you were born, you were just coming to this world. I’m going to put you to sleep, put you on your knees.

“And listen, with all the respect that I have, not for you but for your fans, I’m going to show who you are: You’re a joke.

You’re not Jake Paul, you’re joke Paul. I will put you on my lap. Let’s go to sleep, baby.”

Not likely to happen

So, given that Paul has been calling for fights with the likes of Danis and Askren, who are welterweights, it would be pretty shocking if he agreed to fight the much larger Belfort.

Further, although Paul has challenged McGregor, the biggest Danis and Askren fans would concede that Belfort is way, way more threatening on the feet than the latter two.

The 43-year-old Belfort has yet to compete for ONE Championship, after he signed with the Asia based promotion in 2019.

Watch a Fired up Michael Chiesa Call Out Colby Covington