Stephen Thompson demonstrated again that his days as a top contender are far from over, by outscoring rising welterweight Geoff Neal.

Leading up to UFC Veagas 17, Stephen Thompson was adamant he has another title shot run left in him. Well, ‘Wonderboy’ made a compelling case in that respect, by striking his way to an impressive win over promising welterweight, Geoff Neal. 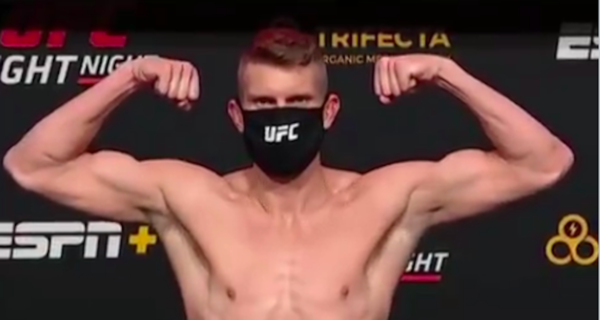 Thompson fired a few kicks early on and looked to counter. Neal continued to push forward and landed a nice left a couple of minutes in. Thompson continued to offer more volume than Neal, but missed with a spinning back kick to the body. Neal flurried in later in the round but Thompson responded with a head kick attempt not long after. Late in the round, the two clashed heads and both men incurred cuts.

Neal pressured again to begin round two and 30 seconds in, he clinched up. ‘Wonderboy’ broke free not long after and fired in a nice right. Thompson came with a spinning head kick that missed. The latter continued to stay busy with kicks and countered well with punches. Neal tried chasing Thompson down but ‘Wonderboy’ continued to counter and move away. Neal’s cut appeared to be worse than Thompson’s as the round approached its end. Neal scored with a couple of nice punches right before the round ended.

The cut above the right eye of Neal was quite large as the round began. Thompson fired in a head kick that Neal just barely blocked. Neal continued to move forward but Thompson remained on his bike and countered well. Late in the frame, Neal clinched up briefly but Thompson broke free and fired away with punches.

Neal is likely down three rounds to begin round four. Neal continued to move forward and tried clinching up but ‘Wonderboy’ worked his way out. Thompson tagged Neal with a nice right and continued to lead the way in volume. Thompson missed with a spinning kick later in the round but Neal struggled to find the mark. Later in the round, Neal pushed Thompson to the cage.

In between rounds, it sounded like Thompson said something was wrong his leg. There was considerable swelling above Thompson’s right knee. Neal stepped up his attacks and winged in heavy punches. Thompson planted several punches and continued to move despite the apparent injury. Neal scored with a heavy shot a couple of minutes in. Thompson stayed in the pocket more, likely due to the leg issue.

Later in the round, Neal clinched up, but once again, Thompson worked his way out. Neal threatened with a spinning elbow late in the frame but Thompson returned fire. Wow. Both men pounded in punches to end the round. What a performance by Thompson.

All three judges awarded ever round to Thompson, who was coming off a win over another promising welterweight, Vicente Luque.

Here are the complete results for UFC Vegas 17, which was hosted by the Apex Facility.