Riddle has been offered a new contract by WWE that is lucrative considering the state of the world. And, is AEW leaving Daily's Place?

Riddle has been offered a new contract by WWE that is pretty lucrative. Also, AEW will be sticking around Daily’s Place for the foreseeable future.

Riddle made a name for himself in the UFC, before being released. He would enter the pro wrestling scene and found a good amount of success on the Indys.

While WWE was hesitant about signing Riddle because of his past reputation, they eventually did. Now, he is considered one of Vince McMahon’s favorites on the main roster.

According to Dave Meltzer, Riddle’s WWE contract is set to expire in August on next of next year. But, his fans should not be concerned as he looks to be sticking around.

For someone who has not been the business too long, that is an enticing deal. WWE usually runs two shows out of Saudi Arabia per year, so that is an extra $100,000.

On top of that, there are merchandise sales and other clauses in the contract that will allow for more money.

Riddle officially joined WWE as part of the NXT brand back in 2018. He briefly held the NXT Tag Team Championship with Pete Dunne, but plans changed due to COVID restrictions over travel.

Earlier in the year, Riddle was called up to the main roster as part of SmackDown. He defeated AJ Styles in his debut and would work extensively opposite Baron Corbin.

During the WWE Draft, Riddle was sent to RAW. Unlike many from NXT, he has not been buried and remains as a mid-card wrestler.

Lately, McMahon has given Riddle the role of a goofy babyface. Typically, Riddle is seen overusing the word “bro” and adapting the word into every segment he is placed in. 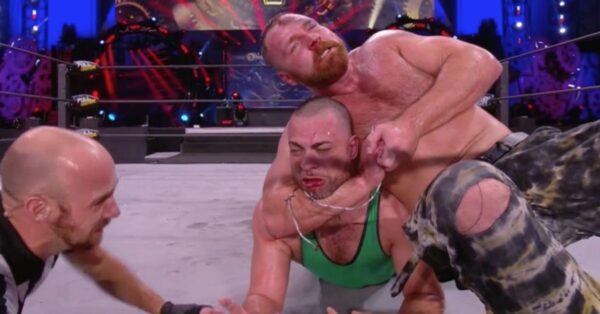 All Elite Wrestling (AEW) has made plenty of noise and are lucky to still be around. The product is pretty good, but COVID has ended many business.

Luckily, they are able to hold events out of Florida’s Daily’s Place. They have been there for most of 2020 and that will not change heading into the new year.

On the latest Wrestling Observer Radio, Dave Meltzer noted how they will be there for the foreseeable future.

“Tony Khan is not confident about the idea that people are going to rush back to live wrestling,” said Meltzer. “I mean, if WWE would go on the road and doing sell-outs then AEW, I’m sure, would follow suit.”

“They’re not rushing out. Everything’s going to be at Daily’s Place until the world changes essentially.”

With the venue being partially outside, it has allowed them to bring back a limited number of fans. Several precautions are set, such as keeping a safe distance and not being near the ringside area.

There is no telling when arenas will allow fans back at maximum capacity. For all we know, that could be years away.

For now, AEW has a home that allows them to produce either live or taped content.