Despite announcing his retirement, UFC president Dana White believes Khabib Nurmagomedov will return to the Octagon.

UFC president Dana White is set to meet with Khabib Nurmagomedov to discuss a return to the Octagon.

However, White believes he will return.

“We’re gonna meet in Abu Dhabi,” White said during a recent post-fight press conference (thanks to MMA Fighting for the quotes). “(We’ll be there) sometime soon. I’ll let you know when you need to know.”

Always coy, White still firmly believes that Nurmagomedov wants to fight at least once more. The champion dealt with a difficult 2020, losing his father.

“I do,” White said of Nurmagomedov fighting again. “He hasn’t said that to me but I do.”

Nurmagomedov went ahead and added some more fuel to the return fire with a post on Instagram. The post shows himself and White together during a press conference. 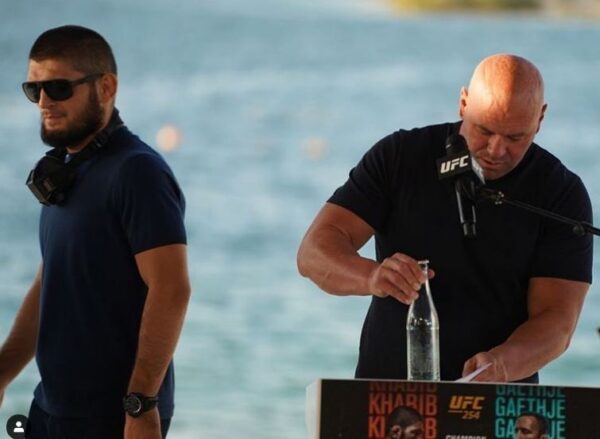 Nate Diaz All The Talk Around Recent UFC Weekend Event

UFC Fight Night Results: Jose Aldo Shows That He Is Back