In a surprising, turn of events, Yoel Romero's manager has confirmed that the longtime contender is no longer on the UFC roster.

After being on the UFC roster since 2013, and fighting for a middleweight title four times, Yoel Romero is no longer with the promotion. 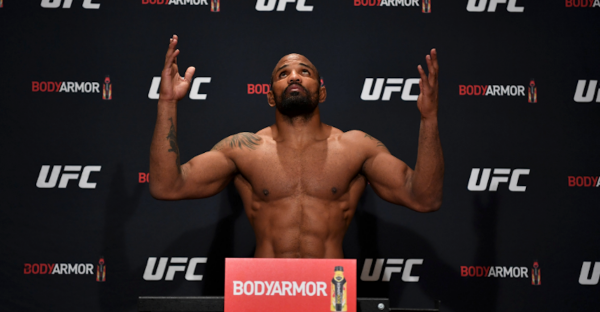 Although Romero has lost three straight fights, there hadn’t been an recent talk that the powerful wrestler’s UFC run would come to an end. But, recently his manager, Malki Kawa, told ESPN the following.

“While we didn’t expect Romero’s time in the UFC to end like this,” Kawa said, “we are grateful for the opportunities [UFC president] Dana White, [general counsel] Hunter Campbell and [matchmaker] Mick Maynard gave him over the years.

He’s ready to move on now and resume his career, and we are already talking to other promotions as we speak.”

Romero (13-5) reportedly still had three more fights left on his UFC deal, prior to his release.

The 43-year-old fighter is coming off a unanimous decision loss to middleweight champ, Israel Adesanya in March. The fight was widely panned, due to the fact if featured very few, memorable exchanges.

The loss was Romero’s third straight, as he was coming decision defeats to Paulo Costa and former champ, Robert Whittaker.

So, this is news is likely turning heads and raising eyebrows throughout the MMA world. Yes, Romero has lost three straight, but all of the defeats came against top-tier competition.

It will be interesting to see what Romero, Kawa or the UFC’s Dana White say about the fighter’s exit in the coming weeks.

On account of Romero’s recent losses, it could be that he wasn’t interested in any of the match-ups he was tabled? If they were against lower ranked fighters?

It will also be interesting to see where Romero winds up. Although he’s 43, one would think he’ll wind up competing for a big-stage promotion, somewhere.