KSW 57 recently went down and the promotion has shared out the top 10 moments from the event, via its YouTube channel.

Poland’s KSW promotion finished up its 2020 campaign on December 19th with KSW 57, and recently the company posted the event’s top 10 highlights. 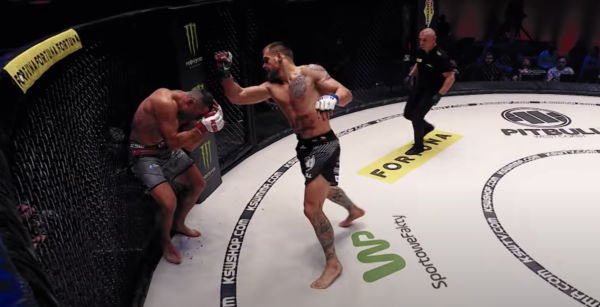 If you’re a huge, MMA fan, you know that KSW is one of the biggest shows in Europe. You also know that KSW has a reputation for going the extra mile in terms of adding production value to its shows, before, during and after.

You can watch the top ten moments from KSW 57 below.

If you didn’t catch the results when the card happened, you can check them out below. KSW 57 took place in Lodz, Poland (results via MMA Junkie).

KSW 58 is scheduled to take place on January 30th and will feature featherweight champ Salahdine Parnasse taking on Daniel Torres.

Watch a Fired up Michael Chiesa Call Out Colby Covington