Jon Jones continues to prepare for a heavyweight run, and it sounds like 'Bones' is eager to be challenged by a new type of foe.

Many have argued Jon Jones has not been as dominant of a force in his last few fights. But, according to ‘Bones’, his performances were hindered by a lack of urgency, rather than a decline in his abilities. 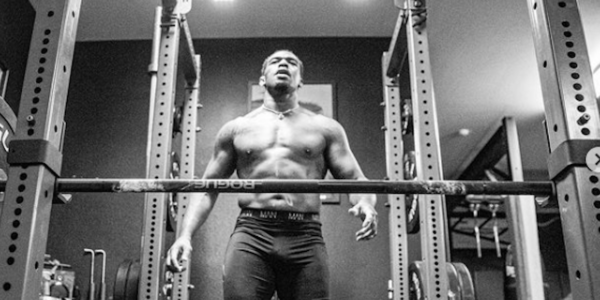 For years now, Jones has been widely regarded as one of the best fighters in the world, if not the best one.

But, in July 2019, Jones was pushed by Thiago Santos in a fight the star many expected he would dominate. One of the judges scored the fight for Santos, who trashed both of his knees early in the fight.

Then this past February, Dominick Reyes buzzed the MMA world on account of his fight with Jones. Many observers scored the first three rounds for Reyes, and took issue with the judges scoring it for ‘Bones’.

Well, due to this, there was plenty of discussion and debate regarding whether the opposition is catching up to Jones. In fact, when Jones announced he was vacating the light heavyweight title to move up to heavyweight, Reyes claimed ‘Bones’ was doing so to duck a rematch with him.

Well, recently Jones spoke with ESPN about his plans to make a run at heavyweight. While doing so, the now former light heavyweight king said this.

“The light heavyweight division was fun, but I just wasn’t scared of those guys anymore,” Jones said. “Like, none of them.

And I think it showed in some of my performances. Obviously, I still trained hard. But there was no urgency in some of my last fights.

“With these next guys I’m going to be going up against, I respect these guys.

So, it will be interesting to see how the likes of Reyes, Santos or Anthony Smith respond to this. Some observers have questioned Jones’ tactics in his recent outings.

For example, against Santos, a feared striker, ‘Bones’ only went for one takedown.

‘Bones’ claims his wrestling will be even better at heavyweight

Speaking of wrestling, while talking about the muscle and mass he’s put on in recent months, Jones said this about his takedown abilities.

“When I was 205, I always had a hard time getting down low,” Jones said. “Or hated getting low, with [single-leg takedowns] and stuff like that.

Almost as if my knees were killing me to do it.

I think that’s going to translate into me shooting high-crotches and shooting double-legs. I think it’ll make those muscles a lot faster.

I predict that my shooting ability and my wrestling is going to just be faster. There’s just more power, and my ass has gotten a lot bigger.

I think my double-legs are going to be one of the biggest differences in my game that people are going to notice.”

It’s going to be fascinating to see how Jones matches up against heavyweights, no question. If he ends up facing Francis Ngannou, he very well may need to bring his wrestling into the mix.

Alexander Volkanovski Calls Brian Ortega Out For Actions On TUF

Batman: The Long Halloween Screenwriter Tim Sheridan Explains Why Irish Mobsters Became A Chinese Triad And Other Changes For The Movies