Jacob Roloff shared his story of being molested by a "Little People, Big World" producer and explained why he didn't speak up sooner.

Fans of the reality television show “Little People, Big World” are in shock after reality tv star Jacob Roloff claimed that he was molested by a producer on the show.

Jacob Roloff Claims He Was Molested By Producer

Roloff, 23, made the shocking claim in a lengthy Instagram post on Tuesday, accusing a producer on the show by name.

“It is often much easier to think about things than it is to talk about them, and so this disclosure has been delayed, but through that delay, I have found the fortitude and words. As a child, I after what I realize now was a long grooming process, I was molested,” wrote Roloff, who left his family’s show in 2019.

“By revealing this, I may be more fully understood and my perspective on issues such as child sexual abuse, child exploitation, and the collateral costs of reality television may be received more clearly,” he added.

Although Jacob Roloff said he doesn’t plan to “provide details of this encounter by any point publicly,” the child reality star said he hopes Chris Cardamone is “never allowed around children again.”

Related: Amy Roloff Shares Intimate Details Of Her Childhood And Life With Matt Off Camera In New Biography

“Although, I would have to add that this experience has not solely defined my point of view on any of these issues, nor has it defined my worldview in general,” he wrote, going on to say that he did not speak up sooner because “a child must process, and I needed silence and time.”

“I continue my own contemplation on the voyeurism involved in the entire enterprise of reality television — a massive spectacle of drama and pain and argument and invasion, with a little joy sprinkled over, that viewers watch completely disassociated from the complex humans inside the simplistic ‘characters’ they see on TV,” Roloff stated.

“It must finally be emphasized that all fault lies with the predator, and no fault lies with any of my family members,” he concluded. “I am certain that this is a positive moment for me, and another step toward a brighter future.”

Roloff is the youngest child of Matt and Amy Roloff, who divorced in 2016. They are also parents to 30-year-old twins Zach and Jeremy and 27-year-old daughter Molly.

“Little People, Big World” has been on air since 2006 and is currently in its 21st season. Jacob Roloff appeared in more than 200 episodes before leaving the show last year.

TLC Responds To The Allegations

TLC has responded to Roloff’s allegations in a brief statement obtained by Entertainment Tonight:

“TLC was just informed about an alleged encounter that occurred years ago involving a third party connected to the production of Little People, Big World. We are saddened and troubled by this very serious allegation, and TLC will work cooperatively with the authorities. Our main focus remains on supporting the Roloff family during this very difficult time.” 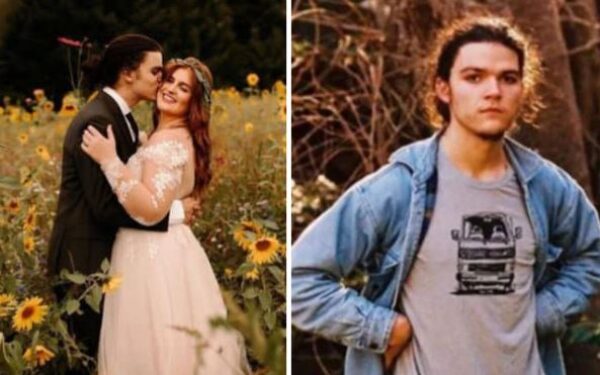 Our thoughts and prayers are with Jacob Roloff and his family during this extremely difficult time.