Daniel Cormier believes that YouTube star Jake Paul would beat Dillon Danis in a boxing match, and the latter has fired back at the legend.

Following Jake Paul’s KO win this past weekend, the YouTube celebrity called for boxing matches with Conor McGregor and his training partner, Dillon Danis. Well, Daniel Cormier believes McGregor would take that bout, but he doesn’t feel the same about Danis.

What does Danis think of ‘DC’s’ prediction? The noted grappler had a fiery warning for the legend. 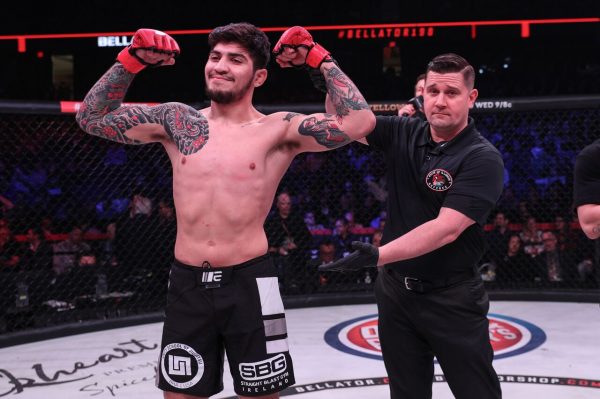 Cormier says Danis will get “beat up” by Paul

You may have heard that Paul fought former NBA player Nate Robinson on the Mike Tyson versus Roy Jones Jr. boxing card, and brutally knocked him out. After the win, Paul relayed he hopes to box McGregor at some point, and that the path to the bout goes through Danis.

Well, Danis proceeded to respond to Paul with this.

During Cormier’s show with Ariel Helwani for ESPN, the former UFC champ-champ had this to say about Paul’s plans (quotes via MMA Fighting).

“Conor can box. Conor is the real deal. But I think he beats Dillon. Dillon does not need to fight Jake Paul because he’ll get beat up.”

“You can’t learn to box in three months,” DC said. “It takes too much time and you could tell that kid Jake Paul has been training longer than a few months.

Well, if you’ve followed Danis in recent years, you won’t be surprised to see he was quick to fire back at ‘DC’.

watch that fat mouth before i shut it.

Danis sit your ass down before I call @jakepaul for you!!! https://t.co/vrPDyPOOyR

And the legend tossed back this.

Danis sit your ass down before I call @jakepaul for you!!!

Danis sit your ass down before I call @jakepaul for you!!! https://t.co/vrPDyPOOyR

Now, if you’re a big combat sports fan who likes to watch fights at the highest levels, chances are you could care less if Paul and Danis end up boxing.

You’re probably very skeptical that Danis could shut down Cormier in a fight either.

All that aside, due to Bellator’s partnership with DAZN, you never know. Paul and Danis could end up boxing. Although, there’s no doubt that mainstream audiences were likely more familiar with Robinson than Danis.

In other words, promoters and broadcasters might want to go in a different, ‘celebrity boxing’ route.